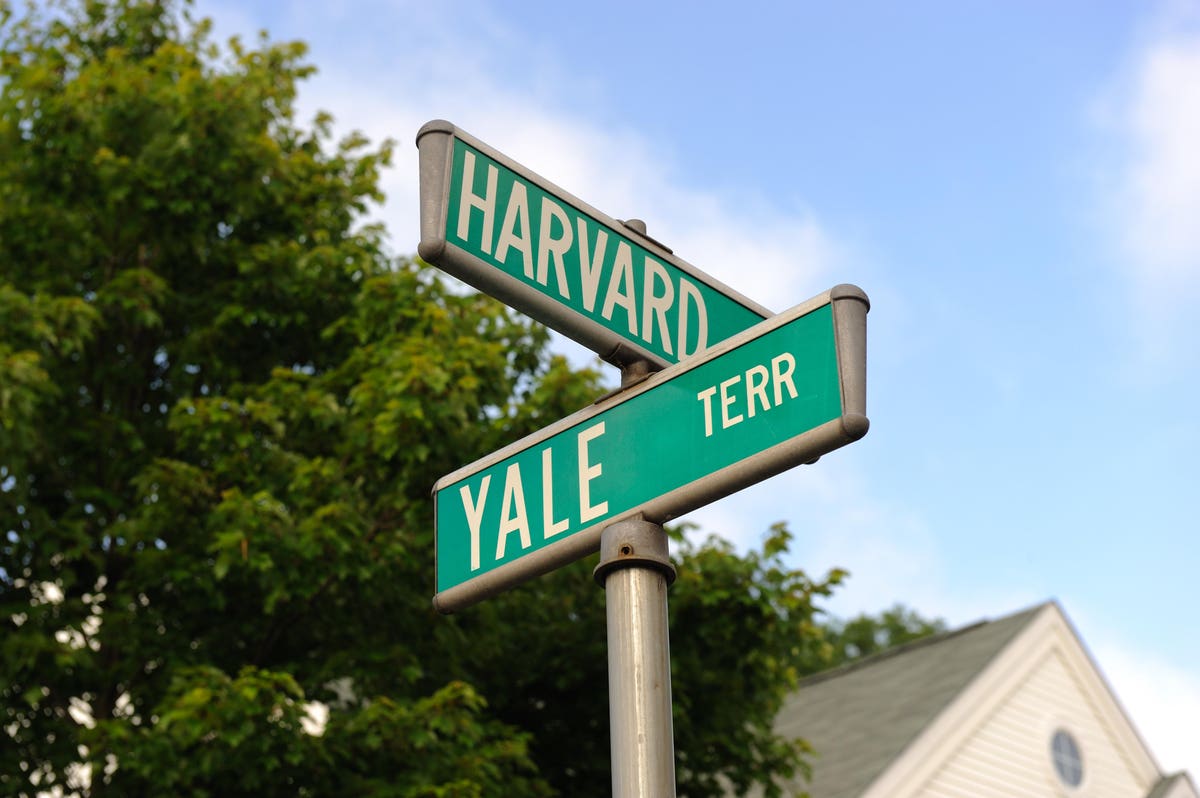 Every president in the past seven decades – with the exception of George HW Bush – has had a … [+] firm where the majority of appointees came from an elite college.

Whether intentional or not, the recent Politico analysis showing that 41% of senior and middle executives in Biden’s White House (82 assistants out of 201 analyzed) had Ivy League degrees caused a hubbub, reigniting debates on the parent. the importance of academic pedigrees, the pride of educational elites and the consequences of exclusion from accepted notions of meritocracy.

Bidens’ list of nominations has been compared to that of Donald Trump, who boasted of the intelligence and prestigious educational backgrounds of his senior officials and assistants (Trump once said his team had the highest IQ of all of them. cabinets never assembled.). However, assuming he wanted to equate Ivy Leaguer with intelligent, only 21% of comparable positions initially appointed by Trump were Ivy League graduates, according to Politico.

But it turns out that Joe Bidens (or Donald Trumps) picking Ivy Leaguers and others from what are widely recognized as top-notch colleges and universities is nothing new. As revealed in a new paper, U.S. Cabinet Pedigree and Perceptions of University Elite Status, authored by Jacob Bower-Bir, Affiliate Faculty Member of Indiana University’s Ostrom Workshop on Political Theory and Analysis of policy, US presidents have chosen their chiefs of staff and other assistants from a narrow swath of prestigious colleges and universities since at least the Kennedy administration.

In his article, which has not yet been peer reviewed but is available on the open platform RPubs, Bower-Bir presents preliminary data on the educational pedigree of the US executive through eleven presidential administrations, from President Kennedy to the midpoint of President Trump’s administration. . It includes both senior and acting appointees in the upper echelons of specified agencies and boards (e.g. secretaries, security and economic advisers, chiefs of staff, etc.). (B0wer-Bir and his research assistants are updating the data for the Biden administration.)

Cabinet members and other agency directors were coded according to the highest status of any undergraduate or graduate degree they obtained. If, for example, a named person graduated from an Ivy League school (dark blue) and another from an elite school (light blue), they were coded as Ivy. Twenty-four chiefs of staff / agency were coded in eleven presidential administrations (Kennedy, Johnson, Nixon, Ford, Carter, Reagan, HW Bush, Clinton, GW Bush, Obama, Trump), for a total of 548 observations.

First, here is a graph showing the proportion of different chiefs of staff / agency who were trained in an Ivy institution or other elite institution in the eleven administrations.

Next, here’s a breakdown by presidents. Every administration over the past seven decades has had a cabinet where the majority of appointees have come from elite colleges, with the exception of George HW Bush, and even in his case, the percentage of appointees trained in a high school. elite was well above the percentage of their graduates in the general population.

What to do with this pattern? Does this mean that the top leadership of the US government is in good hands, guided by the sharpest minds? Is this a desirable model, a reason for optimism and confidence? Or is this another example of a misguided and ill-formed meritocracy that is not representative of the country and excludes those with genuine talent, but all too easily overlooked?

Is this another manifestation of the myth of merit that has been criticized by commentators such as Michael Sandel and Nicholas Lehman? Is this an awareness of the arrogant society envisioned by Michael Young, who coined the term meritocracy at the same time he ridiculed it in his The Rise of The Meritocracy? Where is opportunity rationed and society governed on a narrow, self-sustaining conception of success and talent?

Bower-Bir leaves no doubt about his position, calling his results a disturbing and consistent fact of American governance that is harmful to our democracy and our wider social fabric. Beyond the disturbing demographic biases that have historically been associated with attending an elite college, the idea that graduation from one of them is a trustworthy signifier of competence is one. vanity deeply rooted in the American spirit.

It is a belief unlikely to be disillusioned by the institutions themselves. As Bower-Bir told me, it is absurd that a small portion of the population deserves access to the multibillion dollar endowments and vast social networks associated with a handful of schools. More absurdly, one had to believe that these schools can identify with precision and reliability the deserving few among the population in general. Things become downright undemocratic when we regularly extend to these graduates, who are already socially and economically advantaged, privileged access to the levers of daily governance.

The absurdity of the system is to some extent apparent as long as elite schools skew entry based on race, class, and other crass markers. And while it’s tempting to think that the answer lies in opening these schools, making them more demographically diverse and less expensive will have the perverse (perhaps calculated) consequence of making the meritocratic myth more credible. Nothing about it will have fundamentally changed, but its pitfalls will be all the more difficult to refute.

Usually favoring individuals with elite educational pedigrees over government leadership is a practice that raises deep concerns about the equitable order of a society. As Bower-Bir claims in his article, this undermines the confidence that undeserving multitudes have in themselves and in their control over government.

All Americans have a stake in the functioning of our government. Reserving leadership positions for the educationally privileged gradually leads to the disengagement and resentment of those citizens who, for whatever reason, have been excluded from this privilege.

A chronology of the Tan Tock Seng Hospital group COVID-19

A tennis pavilion with a throwback atmosphere