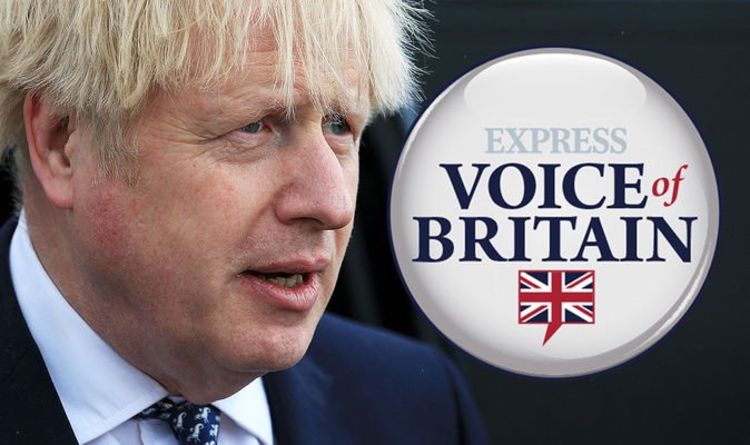 On Monday, one death from Covid was recorded, bringing the total to 127,539. 1,649 other cases were confirmed. Today, only four people have died after testing positive for the virus, with infections increasing by 1,946.

Meanwhile, more than 34,000,000 people have received their first dose of the vaccine and more than 15,000,000 have had their second, according to the latest government figures.

Mr Farage said: “A single death from Covid today and now 50 million vaccines given, but we still cannot eat in a restaurant or kiss our loved ones.”

In an Express.co.uk poll – which ran from 9 a.m. to 10 p.m. today – asked: “Should UK restrictions be lifted now after only one death has been recorded?”

READ MORE: Sturgeon was ‘largely protected by UK’ after drop in oil revenues

Out of 4,298 votes, 60% (2,620) of people said the restrictions should not be relaxed despite the low number of infections and deaths.

One person said: “For heaven’s sake, these are the usual lower Sunday numbers, although very encouraging.

“We have held on for so long, let’s give those who wait / want vaccination one more month to get it.

“Let’s be as prepared as possible this time.”

Another Express.co.uk reader said, “What part of the caution confuses these people?

Someone else said, “No. Stick to the roadmap.

England are in a third lockdown (Image: PA)

Another added: “NO! The chance for a resurgence is always there.

“Stick to our roadmap and stay safe.”

A fifth person wrote: “The answer is NO! The reason being that ‘a death’ is the result of a plan that seems to work.

Another said: “We’ve come this far, let’s not ruin the successful vaccine rollout by giving up too soon.

“Holding on to the end will show huge benefits.”

Others backed calls for the lockdown measures to be relaxed, with many saying “life and the economy” must resume as normal.

It comes after Mr Johnson said the next step in England’s reopening on May 17 – which covers domestic hospitality, entertainment and perhaps overseas travel – “is going to be good”.

The Prime Minister said: ‘As it is and the way it is going, with the roll out of the vaccine as it is – we have had 50 million injections as I speak to you today. hui, a quarter of the adult population, one in four had two strokes.

“You see the results of this are really starting to show up in epidemiology.

“I think we can move forward, I have a feeling May 17th will be good.

“But it also seems to me that on June 21 we will be able to say the social distance as we have to do now, the meter plus, I think we have a good chance of being able to do without that one. June 21.

Ouch Biyung, many regional leaders like to be deceived by their subordinates!