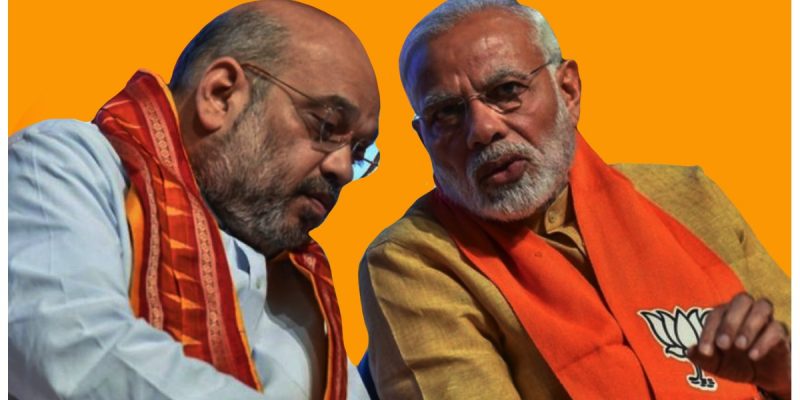 If we are to reflect, as it should be, on why India is ravaged and breathless, we will have to go back to what happened two months ago in our Naya Bharat.

During the first week of March, a respected scholar at Ashoka University, billed as the most dynamic site in the intellectual imagination, was forced to leave because it was suggested that he had become a responsibility for the institution. When fingers were pointed at the usual intolerant suspects atop Raisina Hill, authorized touts intervened; It was revealed to us that objections to Professor Pratap Bhanu Mehtas’ persistent critical voice were in fact from university donors, a new breed of young entrepreneurs.

A penny fell. We had come to our very desi version of what in another age and place was called goulash communism.

Tony Judt, this insightful historian and brilliant chronicler of the weaknesses and flaws of post-war Europe, first localized the phenomenon of Goulash Communism in Hungry after Soviet tanks crushed the 1956 rebellion:

In return for their unconditional acceptance of the monopoly of power and Party authority, the Hungarians were granted a strictly limited but genuine degree of freedom to produce and consume. No one has been asked to believe in the Communist Party, let alone its leaders; they simply refrain from the slightest manifestation of opposition. Their silence would be read as tacit consent.

Donors to Ashoka University would have no problem made their peace with Janos Kadar, first secretary of the Hungarian Socialist Workers’ Party, as the Communist Party euphemistically called itself from 1956 until its dissolution in 1989.

Ashoka University storm has broken out; but there was no resistance to compliance requirements. And, therefore, if India today finds itself overwhelmed by death, grief and social collapse, there is one and only one reason. Since 2014, we have come without thinking about this absurd proposition: do not play politics.

The argument was as simple as it was pernicious: there is a new government, led by an honest, sincere, hardworking and popular Prime Minister, dedicated to national glory and determined to restore us to our former status as Vishwaguru. If a new order and a new India were to be produced, the new leadership was entitled to a respite, and our democracy had to be a less quarrelsome and calmer arrangement. No one had to deal with trying to find fault with the chef. As in the old Soviet model, only the party leader was to be the sole source of wisdom, inspiration, imagination and vision. In return for the blessings of vikas, we were asked to give our consent, our compliance and our silence. 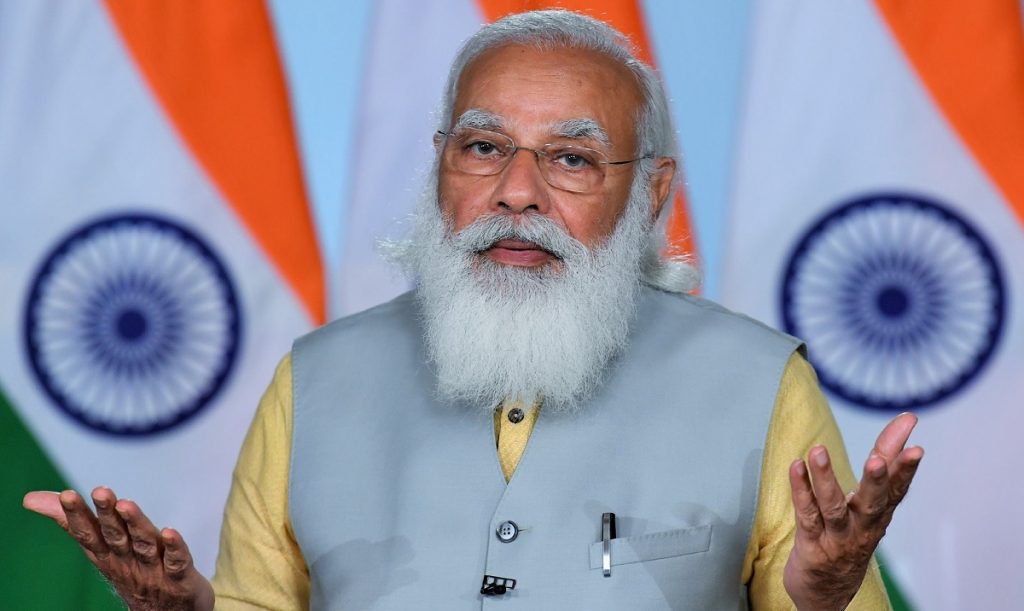 It was the familiar substance of old-fashioned totalitarian projects. Indeed, George Orwell and others have warned that all despotism is justified by claiming the power of salvation. The authoritarians of the new India demanded reverence and respect because they claimed to have produced salvation in the form of a khishri called vikas. Khishri, as anyone familiar with food will tell you, is synonymous with goulash.

Anyone who broke this new code was guilty of playing dirty politics. This meant that only the ruling party and its leader had the right to be offended and offended; anyone who joined the question was accused of playing politics. In the elections that just ended in West Bengal, for example, scores of people simply thought it was scandalous to Mamata Banerjee will respond to Narendra Modi and his unworthy invectives. We are asked to practice democracy without politics.

In fact, we were introducing a caveat in the profession of national governance. There will be no policy on the leader and his preferences. All institutions were obliged to protect the Leader from any notion of control and accountability. The Bobdes, Bhagats and Bhallas produced judgments, arguments and statistics to rationalize and glorify the Leaders at every whim and fancy, while the Bhakts were of course driven into a delirious frenzy in their hero worship.

The judiciary, especially under the last three chief justices of India, has embraced this new orthodoxy; whatever the executive’s proposal, the judiciary was happy to approve it; whatever excesses the executive committed, the judges were happy to lend their imprimatur. After all, vikas were handed out to us.

The BJP itself was to become the first victim of this non-politics syndrome. If the whole democratic system has been rigged to the point of glorifying the leader, then there can be no dissent and will not be allowed within the party. And, this unchallenged status was perhaps intended to impress the bosses of Nagpur; BJP’s self-proclaimed moral guardian has been reduced to aligning himself with all the lousy calculations made by the duo Shahenshah and Shah.

Judicial indulgence for the Modi regime has turned into a broader push. Because the opposition, as personified by an unloved and indeed unlovable Rahul Gandhi, was seen as a discredited lot; the very notion of the intrinsic necessity of democratic opposition has been declared as an unworkable proposition. Dissenters were not needed; and, if the detractors persisted in their opposition, especially outside parliament, they were to be declared seditious conspirators.

It is not that the opposition or outsiders necessarily have greater clarity, a deeper understanding and better solutions to the problems of nations; is that by its criticism, the Opposition can put and put the establishment on its collective toes.

It has always been the pride of the Indian bureaucracy to constantly step up its game, but after seven years without politics and under the protective umbrella of a triumphant emperor, the great administrative leviathan has also rusted as collective appeasement has set in. .

These are the reasons why we simply did not anticipate the evolution of the pandemic.

If we had not so resolutely turned our backs on public scrutiny and accountability, it is unthinkable that two central ministers, including the Minister of Health, would publicly approve questionable confections of anti-COVID-19 babas. Or, it is unimaginable that our scientific establishment, instead of yelling blows, is playing, to use the biting expression of EM Forsters, the subordinate pimp. 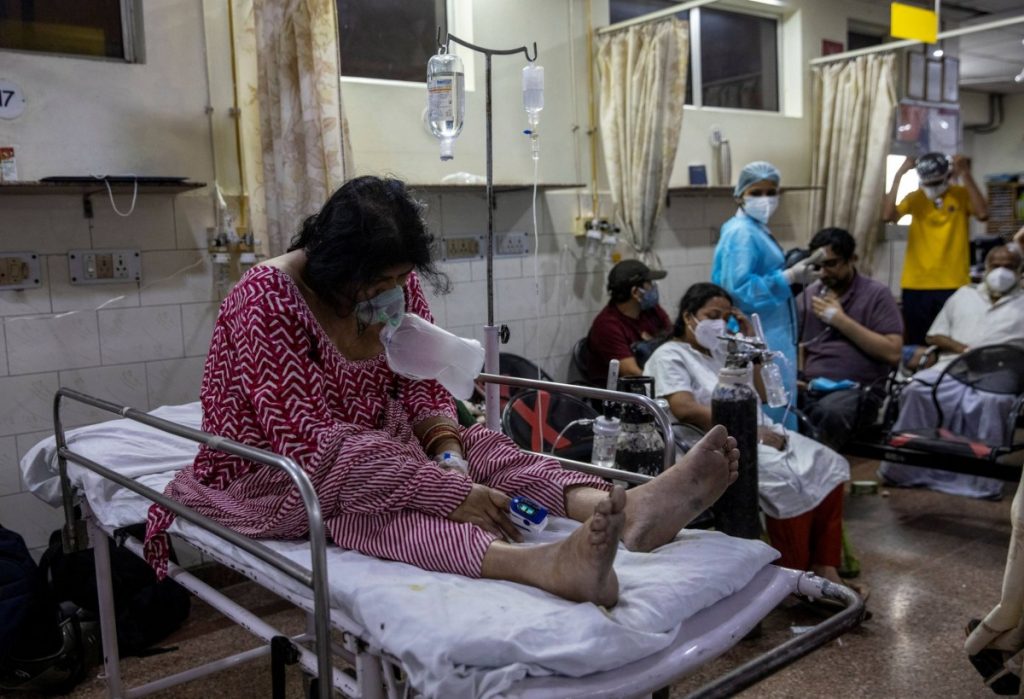 A patient with COVID-19 receives treatment in the emergency department of a New Delhi hospital on May 1, 2021. Photo: Reuters / Danish Siddiqui

It is tempting to believe that our arrogant and haughty leaders are put down in the face of a national collapse; but there is little evidence to inspire such hope. On the contrary, the regime dives deep into its bitter and resentful resourcefulness to control the narrative about this absolute national tragedy. All of our old visceral fears and new superstitions are being worked on to expose the messengers of bad news. A passionate and compromised media continues to be the cynical accomplice of a cynical regime.

After so much death, misery and suffering, it behooves us, including all constitutional institutions, to rediscover the remedial capacity of questioning and controlling democracy. The Modi clique will remain stuck in the quagmire of pride and vanity. Only a return to a culture of vibrant, vigorous and vigilant democratic energy can save India from the limits of a limited man.