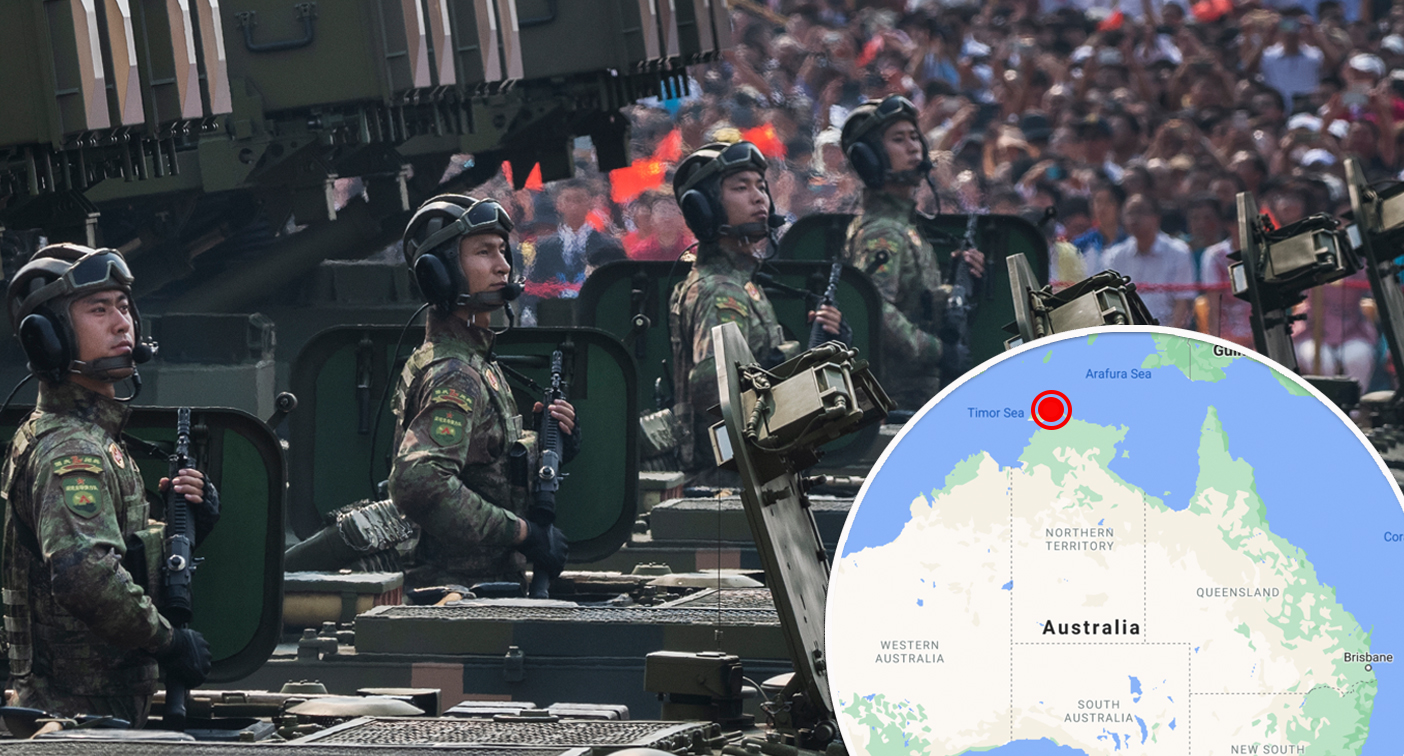 China should consider long-range strikes in the event of war with the West, according to an editorial in the country’s pro-government newspaper that threatened a potential Chinese bombardment of “Australian soil.”

Hu Xijin, editor of Chinese Communist Party spokesperson The Global Times, wrote in an op-ed Friday that he believes China should prepare “to impose retaliatory sanctions on Australia” if that interferes with the county’s shares in the Taiwan Strait.

“Since the Australian hawks continue to exaggerate or imply that Australia will help the US military and participate in the war once a military conflict breaks out in the Taiwan Strait, and the Australian media has actively promoted this feeling, I suggest China make a plan to impose retaliatory punishment against Australia, ”he wrote.

“The plan should include long-range strikes on military installations and relevant key installations on Australian soil if it actually sends its troops to China’s offshore areas and fight against the PLA (People’s Liberation Army) .

“China should also reveal this plan through unofficial channels to deter Australia’s extreme forces and prevent them from taking the risk and committing irresponsible actions,” the article said.

Australia’s relations with China remain strained and began to deteriorate after the Morrison government called for an investigation into the origins of the coronavirus pandemic Last year.

Fears of a potential conflict have been exacerbated by Chinese leader Xi Jinping’s repeated insistence that his country recapture Taiwan by force if necessary.

Beijing believes that Taiwan, which separated from the mainland in 1949 after a civil war, has no right to conduct foreign relations or participate in world bodies as a sovereign government.

The United States has already indicated its intention to intervene if China attacks Taiwan, and experts believe Australia may be called upon to help.

Xijin added that China would not take the initiative to choose a fight with distant Australia, but if it coordinates with the United States, they need to know what disasters they would cause to their country.

Australia will not be able to escape the Chinese conflict

Australian Strategic Policy Institute executive director Peter Jennings fears Australia will have nowhere to hide if China and the United States go to war with Taiwan.

Speaking on Sky News last month, he said the United States would be dragged into any military escalation, “and you better believe that the United States will expect help from its two main allies in the region, Japan and Australia play a role in the defense of Taiwan “.

“This is something we cannot escape, it seems to me,” he said.

“China has certainly stepped up its military activities around Taiwan and it doesn’t look like it’s going to slow that down.”

Hugh White, professor emeritus of strategic studies at Australian National University, wrote in The Saturday Paper if Australia does not resolve its problems with China, it faces possible nuclear war.

“Now our government has started, with bewildering nonchalance, to talk about war,” he wrote on Saturday.

“And yet our government seems to have no idea how serious and dangerous our situation is and has no viable plan to address it. This has to count as one of the biggest failures of government policy in the world. history of Australia. “

“These people are the real troublemakers. I have noticed that many people in Australia have expressed their disapproval on social media, saying such inflammatory language is outrageous and extremely crazy,” he said.

Do you have a story tip? E-mail: [email protected]

Steve Allen on the cost of Boris Johnson’s renovation