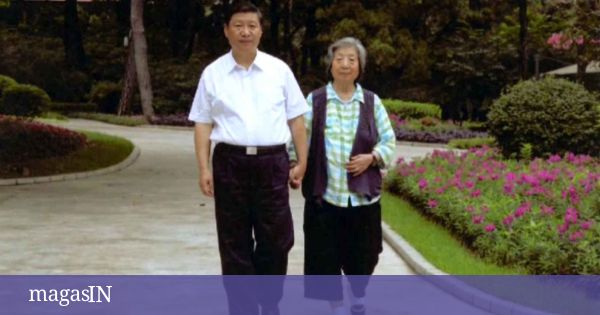 On Mother’s Day, many famous people spoke about their mothers and posted photographs and displays of affection towards them. The President of China, Xi Jinping also wanted to pay tribute to his mother, Qi Xi (1926), who greatly influenced his way of governing the country.

In one published advertising video Last Sunday, by the country’s state agency, China Media Group (CMG), Xi Jinping remembers how his mother taught him to “serve his country loyally”.

“Over the years, Qi has taught her son three important life lessons: pure and selfless devotion to the nation; honesty and self-discipline; and commitment without neglecting personal well-being to achieve the good of the people, ”explains the video, which compiles images of Xi as a leader and also in family moments.

This is not the first time Jinping has commented on his mother’s influence in his government. “The family is the first classroom of the people, and parents are the first teachers children, ”he once said.

Likewise, in 2013, during his New Years speech, photos could be seen on his shelf that caught the attention of the online community, in particular an image of him walking holding his mother’s hand.

Additionally, at the First National Model Family Conference in December 2016, Xi told a story related to family education. The conference was the first of its kind to show the honors to select model families across the country and was paid tribute to a total of 300 model families.

“When I was a child, my mother gave me a series of illustrated storybooks, The legend of Yue Fei. One of its more than 10 volumes shows Yue Fei’s mother tattooing four figures on her back that say, ‘Serve the country with the greatest loyalty,’ “Xi said. This story of Yue Fei, a former military figure well-known who struggles to cope with the invasion, it deeply impressed her.

More, Qi, as a member of the Chinese Communist Party, instilled in him the values ​​and beliefs of the party. She joined the party in 1939, at the age of 13, being a very active part of the institution.

He spent two years near the front line during the Sino-Japanese War and later, he spent eight years working alongside farmers in northwest China; two experiences that helped him to forge a special bond with people.

The experience of Qi finds its resonance in the son. Likewise, Xi left home at the age of 15 to live and work with farmers in the village of Liangjiahe, located in Shaanxi province, northwest China.

In his years in the countryside, Xi was accompanied by a sewing bag embroidered with “mama’s heart” made by Qi, according to Chinese national media. The words are meant to remind Xi that “he must keep faithful to its original aspiration for the country and the revolutionary cause “These are the minds shared by mother and child.

Throughout Xi’s education, his mother repeatedly urged him to be strict with himself, especially when in leadership positions. In this way, Qi took seriously the motto in life of “work well, study well and manage everything well”, and in turn encouraged his son to follow the same guidelines.

As the video says, “Your words of support have greatly inspired your son to serve the general public with the goal of leading a good life for Chinese families.”

Malaysia, Indonesia and Brunei harden their stance against Israel