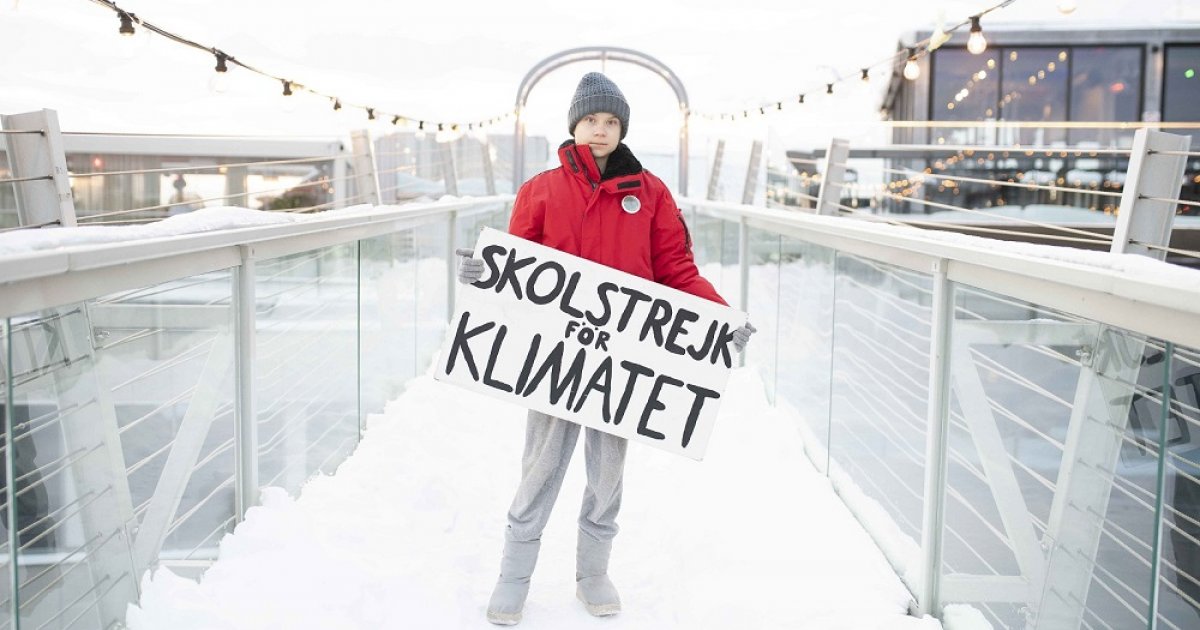 The Swedish climate activist spoke to Malay Mail ahead of the launch of BBC’s new documentary Greta Thunberg: A Year to Change the World. Photo courtesy of BBC Studios

KUALA LUMPUR, June 9 There is no denying that Swedish climate activist Greta Thunberg has a sense of words, especially when it comes to leading world leaders to deal with the impacts of global warming.

Just ask ex-US President Donald Trump whose passionate tweets with the teenage environmental icon became one of the most notorious social media feuds that have continued until today. let him leave the White House.

In an interview with Malay Mail and other international media, the 18-year-old said this about the very public setback between her and Trump, a staunch climate change denier.

I hope he’s having fun but I don’t miss him.

I think it’s time for the world to come out of this era, she said last Friday via Zoom.

Thunberg explores the science behind the climate crisis, its impact on humans and possible solutions. Photo courtesy of BBC Studios

The famous teenager was promoting her latest documentary Greta Thunberg: A Year to Change the World by BBC Studios which follows the climate activist in North America and Europe from August 2019 to the end of 2020 to explore the science behind the crisis climate, its impact on humans and our ecosystems and possible solutions.

Greta was due to travel to Asia but production was halted due to Covid-19.

Among other things, she would have liked to explore issues related to coal-fired power plants and manufacturing in this part of the world.

Southeast Asia recorded the fastest growth in carbon dioxide emissions in the world between 1990 and 2010, noting overdependence on fossil fuels, deforestation and land degradation as major emission drivers, according to the Asian Development Bank.

The International Energy Agency also revealed in 2019 that over the past 20 years, aggregate energy demand in Southeast Asia has grown by more than 80% and is expected to increase by 60% by. 2040.

The impact of climate change in our part of the world, environmental experts say, will manifest itself in the form of more intense typhoons and flooding.

Despite the science, Environment and Water Minister Datuk Seri Tuan Ibrahim Tuan Man said Malaysia is not vulnerable to climate change, regarding the country’s exclusion at the Summit on climate action organized by the United States in April.

His ministry then made it clear that not all countries, including Malaysia, are immune to climate change after the public reaction.

The climate crisis is a global problem and it will eventually affect everyone, Thunberg said.

She added that in some parts of the world people will be able to adapt as long as they have access to money and infrastructure.

Many in vulnerable areas will not have this privilege.

People who can’t adapt are going to have to move somewhere, so it doesn’t make sense to have that approach.

Known for openly berating world leaders for their lack of climate action for economic abundance, Thunberg was asked if her approach would be any different when it comes to leaders in Asia where culture is less confrontational.

Whether your rhetoric is confrontational or not, you have to face science and no matter where in the world you live, science is a fact that we just have to accept, she said.

While it’s easy to assume that the climate justice advocate spends much of her time worrying about what her future would look like, Thunberg admitted otherwise.

I try to focus on the present and try to change that future while I still have this opportunity to do so.

In recent times, concerns about the future of the planet and the long-term survival of mankind have started a new space race with tech billionaires Elon Musk and Jeff Bezos aiming for alien pursuits just in case. Earth would become uninhabitable due to natural or man-made disasters.

I understand that there are huge possibilities and opportunities in (space colonization) and that it is very exciting.

It’s a very interesting topic, but I think maybe we should focus on fixing the planet we live on right now.

Yes, we could colonize Mars, but it’s a lot easier to just leave the carbon in the ground, Thunberg said.

Thunberg says the science of climate change is a fact we just have to accept. Photo courtesy of BBC Studios

Her Nobel Peace Prize nominations, all three among other accolades, and being the face of climate change could make Thunberg an 18-year-old far from the ordinary but at home in Stockholm, it is the simple pleasures that bring him joy.

In fact, Thunberg who suffers from Asperger’s, high-level autism, and obsessive-compulsive disorder demonstrated her talent for multitasking in this interview when she put together a puzzle that relaxes her.

She enjoys dancing for fun more like a silly freestyle dance and makes jokes with her international community Fridays for Future, the youth-led movement Thunberg inspired when she started skipping school on Fridays to protest in front of the Swedish parliament.

I do sewing, embroidery, knitting and crochet.

I also spend a lot of time with my dogs, read a lot and listen to audiobooks.

I do a lot of things! said Thunberg.

Greta Thunberg: A Year to Change the World premiered on June 5. Watch new episodes of the three-part documentary every Saturday at 8:05 p.m. on BBC Earth (unifiTV Channel 501). Also available on BBC Player.

G7 leaders pushed for solidarity on climate change and COVID-19