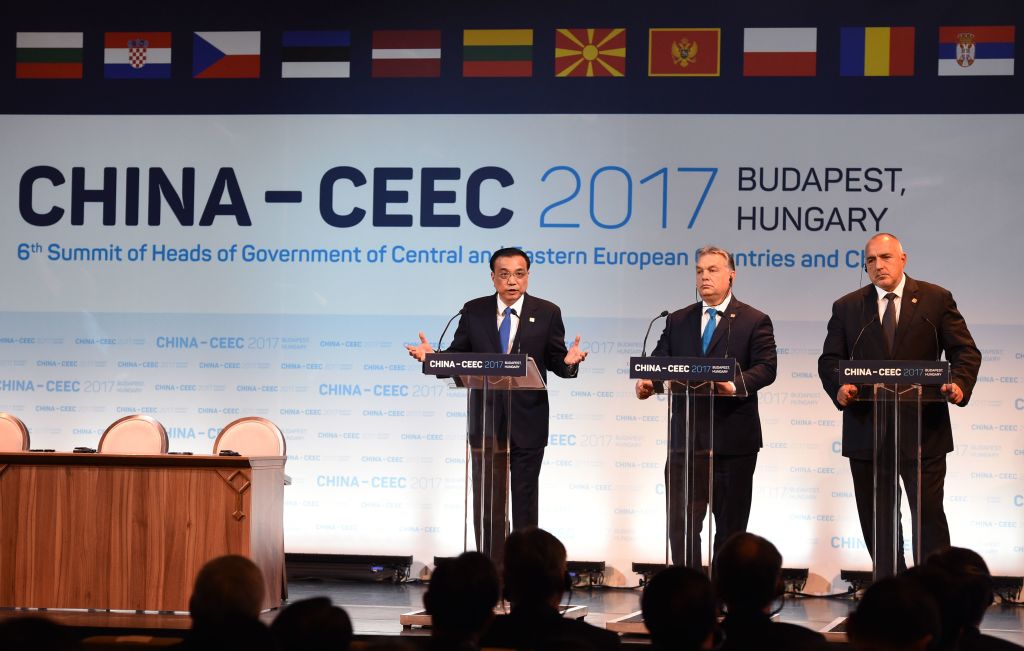 On May 31, Chinese leader Xi Jinping ordered an adjustment of his foreign propaganda during a study session of the Political Bureau. On the same day, Foreign Minister Wang Yi publicly admitted the difficulties in Sino-EU relations and said he would calmly reflect on the current difficulties. There are many signs that the regime is adjusting its diplomacy and propaganda towards Europe. But this adjustment is once again rooted in Xi’s misperception of the situation, without any fundamental change in his dictatorship.

At a press conference in Guiyang, joined by Peter Szijjarto, Hungarian Foreign and Trade Minister Wang Yi, the Wolf Warrior Czar (Chinese diplomats using confrontational diplomacy) said: We all agree to say that we must pay attention and calmly reflect on the current difficulties of Sino-European relations.

This statement was made in a tone rarely heard softer than what usually comes from the regime, but it did not reveal what was being reflected on.

This is manifested by the fact that all entities of the Chinese Communist Party (CCP), including individuals, will follow and implement Xi’s instructions. This is also true in diplomacy. Xi established various groups to ensure that his instructions would work in coordination across multiple sectors. In recent years, wolf warrior diplomacy, large-scale foreign propaganda, and even the views of Chinese scholars have all been implemented in accordance with Xis’ demands at all levels.

In other words, when the official statements of a certain entity or official show a clear change from previous ones, it is likely that the demands of superiors have changed. Following this logic, Wang Y’s change of tone suggests that Xi’s demands for CCP diplomacy, or at least diplomacy with Europe, have changed.

There is circumstantial evidence for this.

On May 31, the 30th Politburo Collective Study focused on the topic of improving international communication capacity. Xi specifically instructed the study, to tell Chinese history well, to improve the lovable image of China, to build the speech and narrative of China, and to create a reliable, admirable and respectable image of China.

Although Xi has called for the adjustments, that does not mean that the CCP’s diplomacy and propaganda will fundamentally change. From Xi and the CCP’s point of view, this is a change in tactics, but not necessarily in strategy. The CCP will not change its imperialist ideology, never stop overthrowing China or rejecting Europe and the United States as its imaginary enemies.

It can be seen in a detail.

The person in charge of planning the training for the group study at the Politburo is Zhang Weiwei, dean of the China Institute, Fudan University well known for his anti-American views.

Although the content of his training was not made available, his colleague, Zheng Ruolin, a special researcher at the China Institute, admitted in an interview on May 10 that the CCP has zero tolerance for any comment that deviates even. as little official speech as possible. In this context, journalists and academics were reluctant to speak in Western media for the sake of their safety. Over time, people only heard comments from Chinese diplomats.

Xi has no intention of changing his diplomatic strategy

It can be assumed that in the future the CCP will make the appropriate adjustments in its diplomacy, at least its diplomacy with Europe. Diplomats will continue to be harsh, but not as verbally abusive as before. On the whole, the propaganda is expected to be coordinated and synchronized. This shift can be seen from the fact that Xi demanded that leading comrades at all levels take an active role in “personally owning the task” of international communication.

In other words, the CCP’s diplomacy is not the problem. Rather, it is the methods that need to be improved, such as the softening of their words, that could have gone too far.

It is a misjudgment of Xis due to the CCP’s negative view of the West. His idea of ​​adjustment makes fundamental change impossible. Wang Yi’s speech is one example.

On May 21, Lithuanian Foreign Minister Gabrielius Landsbergis publicly announced that the country was outside the Chinese “17 + 1” bloc in Eastern Europe. He has publicly stated that the “17 + 1” mechanism is a “divisive” factor for the EU. He felt that it was high time for the EU to move “to a more unified and therefore much more efficient 27 + 1. Landsbergis said: The EU is strongest when the 27 Member States act together with the EU institutions.

Wang Yi responded indirectly on May 29 at a press conference in Guiyang, saying that the China-CEEC (Central and Eastern European Countries) cooperation mechanism “promotes accelerated development of CEECs” and “is conducive to development. balanced Europe on a comprehensive and faster European integration.

But Wang failed to mention that the CCP manipulated the “17 + 1” mechanism to woo and use Hungary and Serbia. In fact, Hungary alone has twice prevented the EU from denouncing China over Hong Kong.

If we look at Wang’s statement from another perspective, imagine if the entire EU as a nation consisted of 27 countries. The CCP is in fact promoting its rejection of the foreign policy of the EU as a whole through one country, Hungary. If the EU does the same with China and engages in infrastructure deals with Xinjiang, leading Xinjiang leaders to veto votes in the CPC Central Committee, the CPC would have severed ties. diplomatic relations with the EU.

What if the EU also issued a statement claiming that it was to promote the accelerated development of Xinjiang and the balanced development of various regions of China? I believe the CCP would regard this statement as “foreign interference” in China’s internal affairs, sovereignty, and security.

In other words, for many years, the EU suffered from the influence of the CCP on many issues through this political operation of dissidence from certain countries. The CCP is unwilling to reverse the long-term inequality in Sino-European bilateral relations as a direct interest. Therefore, a subtle change in tone is tolerable for the CCP.

A similar scenario has occurred more than once in Sino-European trade.

On May 26, Chinese Minister of Commerce Wang Wentao called on France “to play an active role in accelerating the signing and entry into force of the pact (the Global Agreement on Investment) as soon as possible”, at the time. a videoconference. with the French Minister of Commerce Franck Riester, but was rejected. French officials believe that the CCP’s sanctions against MEPs are unacceptable. In fact, the European Parliament voted on May 22 to freeze the investment deal as long as Chinese sanctions against EU individuals and institutions remain in place.

It is a rare scene in international diplomacy. The CCP sought help from France under the banner of a “win-win deal”, but instead received a harsh rejection. Trying to persuade France to reverse the decision just taken by the European Parliament has shown the CCP’s lack of respect for the EU. This is a manifestation of its coherent strategy of “meddling in European internal affairs”, which is a common sentiment of the CCP.

Xi believes that as long as he makes small changes in foreign diplomacy and propaganda, and in struggle tactics, he can gradually improve Beijing’s international status, but Xi ignores the deterioration of relations between the CCP and Western countries. .

In fact, demand from the EU increased again during this period. The freezing of the China-EU investment agreement strengthened the EU’s resolve to join with the United States in opening up the Chinese market to foreign countries, which the CCP restricts.

Linyi Li is an editor and commentator at the Chinese Epoch Times, specializing in China and international affairs. Previously, he was a journalist in Ottawa, Canada, specializing in news from Parliament Hill.

The opinions expressed in this article are those of the author and do not necessarily reflect those of The Epoch Times.