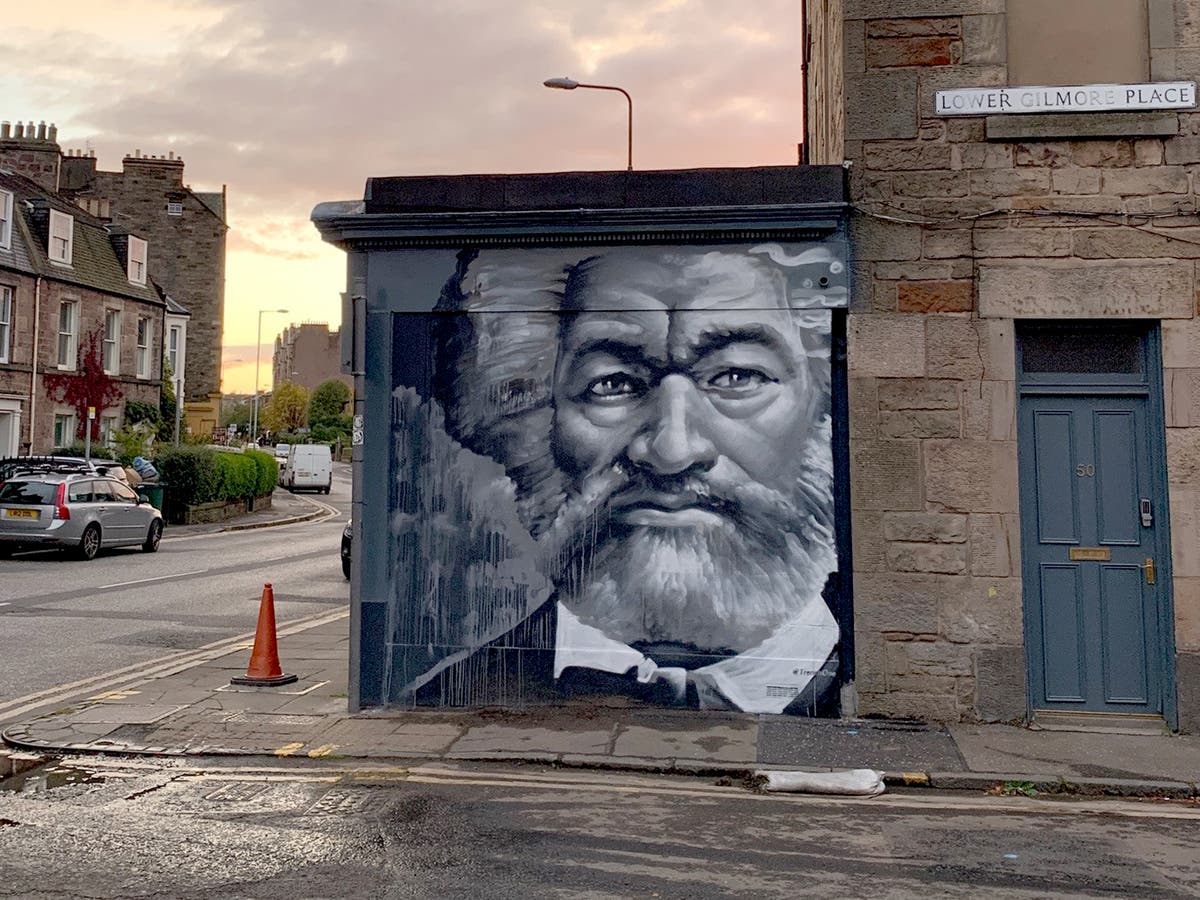 Boris Johnson presented Joe Biden with a framed photograph of an Edinburgh mural depicting Frederick Douglass, a prominent 19th century abolitionist, as a gift to mark the President’s visit to Cornwall.

Downing Street chose the photo after finding it on Douglass’s Wikipedia page. Photographer Melissa Highton said officials chose her photo because they knew the Bidens were interested in the story, especially Douglass’ life.

The image shows a mural by Scottish artist Ross Blair, also known as Trench-One, painted near where Douglass stayed on a trip to Edinburgh.

Ms. Highton has released the photograph under an open license, which means anyone is free to share it. She said the Prime Minister’s choice to use her photo “just shows that fortuitous things happen when you openly share.”

Douglass began life in 1817 as a slave in Maryland. He fought his way to freedom at age 20, posing as a sailor and carrying identification documents given to him by a freed black man. He became a leading figure in the anti-slavery movement in the United States a few years after his escape.

Boris Johnson to announce exit from June 21 lockdown to be delayed, reports showThe boos of the anti-racist gesture reinforce the need to kneelDoctors call for postponement of next easing of lockdown in England

He traveled to Britain and Ireland in the 1840s on a speaking tour and spoke of it fondly, noting that he found “no prejudice to be encountered.

He loved Edinburgh, which he noted for its “elegance and grandeur”, and Scotland in general. He took his free surname from the hero of Scottish novelist Walter Scott’s poem The Lady of the Lake.

Returning to America, Douglass was a prominent figure in public life, even consulted by President Abraham Lincoln on black issues during the Civil War. In an obituary after his sudden death in 1895, The New York Times said Douglass “had often been described as the most important man of the African race in America”.

In return for the photo, the President gifted Mr Johnson with a custom-made American-made bicycle, painted with the flags of the couple’s respective countries. Carrie Johnson was given a leather tote bag made by military wives and a presidential silk scarf.

Jill Biden, the first lady, received a first edition of The Apple tree, by Daphné du Maurier, a collection which includes The birds, later made into a film by Alfred Hitchcock. Downing Street said the choice was made to reflect Du Maurier’s ties to Cornwall, where the G7 summit is being held.