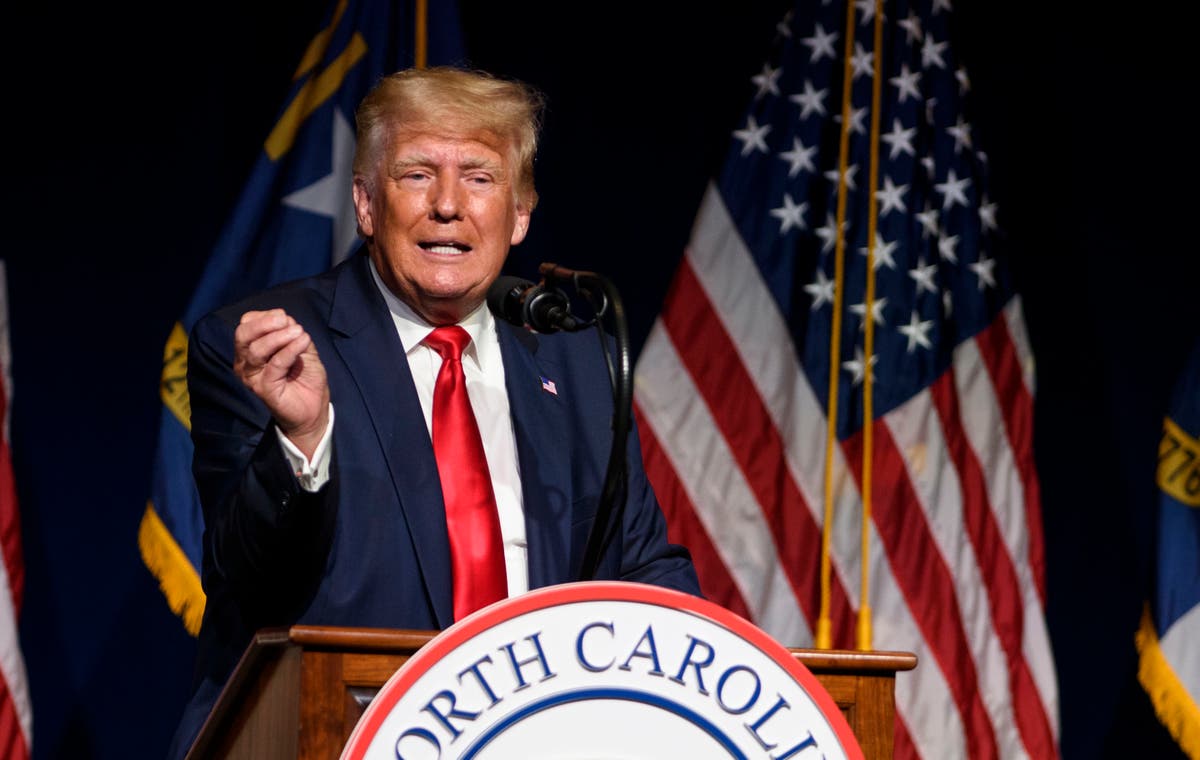 Former President Donald Trump is said to be angry after learning that Republican election candidates claim he supported them even though they did not.

Politico reports that one of those candidates is Lynda Blanchard, who is running for the Senate from Alabama.

Ms Blanchard donated $ 1 million to a pro-Donald Trump political committee and served as its ambassador to Slovenia.

When launching her campaign, Ms Blanchard used a video depicting her bona fide Trump, including a van decorated with a Trump sticker.

Mr Trump is reportedly backing Representative Mo Brooks, Ms Blanchard’s main challenger who defended the former president’s fraudulent challenge in the 2020 election and who spoke at the rally leading up to the Capitol riot.

The former president is said to have complained to his advisers that he barely knew Ms Blanchard.

In response, Ms Blanchard’s staff said the campaign ad was never intended to suggest she had Mr Trump’s backing, but supported him.

Many Republicans have made their support for Mr. Trump a focal point of their campaigns, all vying to appeal to the conservative base that still largely favors the former president.

Former Trump campaign manager Corey Lewandowski said most of them were lying.

While Mr. Trump frequently touts his popularity among Republican voters, he also deeply protects his political brand and seems to view his endorsements as essentially an anointing.

In one case, Mr. Trump invited four Republicans from Ohio to Florida to compete for his approval in an upcoming Senate race to take the seat of Senator Rob Portman.

In a 15-minute meeting in Mar-a-Lago, he pitted the candidates against each other, forcing them to argue for who should receive his coveted endorsement.

It’s clear Mr. Trump wants his endorsement to be a gold standard for candidates, and his staff have fought against people who have fraudulently suggested they are his choice.

Last year, his campaign team sent cease and desist letters to his former United States attorney general, Jeff Sessions, who was running for the Alabama Senate as well as local election candidates.

The flyer was said to have been designed to mimic Mr. Trump’s occasional missives to give it credibility. Mr Trump’s spokesman Jason Miller posted a tweet saying the flyers were “FALSE” and confirming the former president “did NOT approve the race.”

Mr. Singh denied any involvement in the flyer, claiming that one of his opponents was behind the scheme in an attempt to embarrass him, stating “I don’t play sneaky games like this.”

Prior to that, Mr. Miller had also objected to claims by Pennsylvania State Senate candidate Doug Mastriano that Mr. Trump asked him to introduce himself, saying “Doug, run and I will campaign for you”.

Mr Trump’s spokesperson again said the former president “has yet to make any approvals or commitments.”

Mr Rodimer ran ads claiming he was “Trump’s candidate” and that he was the only candidate in the race “to have ever been endorsed by President Trump.”

Miller again rejected the claims, saying “President Trump has NOT yet approved a candidate.”

Mr Rodimer said he “didn’t mean we had Trump’s backing” with the announcement.

Euro 2020 – Alvaro Morata: A talented and terrible footballer in the same body – The Warm-Up