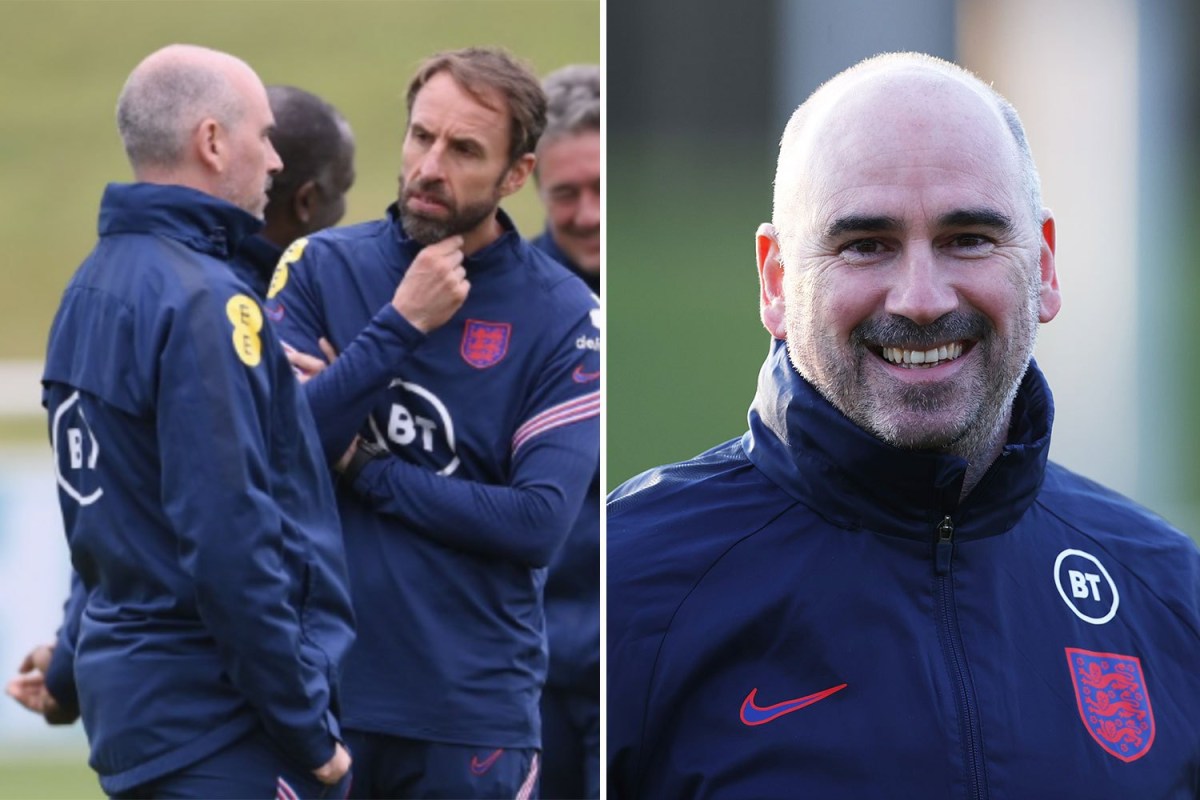 GARETH SOUTHGATES side is breaking through the mental barriers to having the time of their lives at Euro 2020.

Rather than be frightened or weighed down by England’s history, his merry squad is showing togetherness in the lead up to tonight’s crunch semi-final showdown against Denmark.

That has been endorsed by Dr. Ian Mitchell, the Three Lions Head of Performance Psychology, who will be involved in his third consecutive last four appearance in a major tournament after also helping Wales in 2016.

Understated and unassuming, Mitchell was a key member of Chris Colemans’ coaching staff in France before joining the FA in February 2018.

And since Head of People and Team Development Pippa Grange left in 2019, he has taken on a more prominent role.

Mitchell’s relaxed and open methods seem to be working again as England traded humiliation for Iceland five summers ago and gloomy faces with an abundance of smiles.

In France, Wales had quiz nights, table tennis tournaments and outings for pancakes and ice cream to ease the boredom, as well as problem-solving team bonding sessions.

So it’s no surprise to see the photos of friends Declan Rice and Mason Mount reenacting wrestling moves in the pool.

Or Bukayo Saka in the air on a unicorn and a team BBQ complete with Ed Sheeran concert to highlight the team spirit fostered in St Georges Park.

And ex-Wales midfielder David Edwards believes Mitchell’s influence has transformed England from a team of grumpy individuals he faced at the last European Championship to a tight-knit squad that has taken the competition by storm.

Edwards, 35, said: What Mitch did has helped us and it is now helping England.

This is now completely different from previous English teams for 100 per cent.

I remember playing them at the European Championships in Lens and even though they beat us, they looked so scared on the pitch. Raheem Sterling got absolute dog abuse from the stands and you could see him going inside himself.

He got a chance in the first half and skied his finish.

From then on it was difficult for him because he was abused and that is before the external pressure of social media.

But you can just see that the atmosphere in the squad now is very similar to ours in 2016. It’s almost a copy of what we were doing.

They smile so much, they all seem very friendly and the togetherness is there.

You will read English stories from the past and how players hated going to big tournaments and how they were trapped in their hotel rooms. Can you imagine that at a big tournament you think about football all day in your hotel room? The pressure keeps piling up on you.

What he did was not only relieve that boredom aspect, but he also gave you strategies for dealing with it. He was very smart at his job

Mitch’s main task was to create tasks for the players.

What he did was not only relieve that boredom aspect, but he also gave you strategies for dealing with it. He was very smart at his job.

He was good at getting inside your head, but he didn’t feel like you were sitting in a psychiatrist’s chair. You could talk to him about anything.

When we met for the European Championship, we were divided into five different teams and we built up points through quizzes and assignments.

It made the tournament a lot of fun. Mitch was all behind that and a big part of what Wales did. Our Euro 2016 campaign felt a bit like a boys’ holiday and it didn’t happen by accident.

We were given tasks to think against the clock under pressure and you had no idea how other groups had done it, so you guessed everything.

It can be a puzzle that we have to do as a team or go through a room without doing certain things.

You had to remain calm and composed under pressure. It helped because those games were the highest pressure we’ve ever played in.

The teamwork sessions made us perform at our best because we were relaxed, confident and wanted to do so well for each other.

Qualified coach Mitchell works closely with Southgate, in the same way he was successful with Coleman, both on the training pitch and in dealing with the media.

The former Chelsea schoolboy footballer would attend the pre-match press conferences and stand in the back of the room to help Coleman.

He helped the Welsh public get clear messages and emphasized the power of the team slogan TogetherStronger.

And, after the thumping 4-0 quarter-final over Ukraine in Rome, Southgate was on the same page, highlighting team ethic and praising the squad members who didn’t even take to the pitch at the Stadio Olimpico.

The 43-cap Edwards added: I believe Gareth spoke to Chris when he got the job in England to see how we were doing after our success in 2016.

A big part of our success has been our togetherness and every message Gareth and Harry Kane convey is all about the team.

There are no individuals. Gareth summed it up in his interview after the last game, where the first thing he did was congratulate the players who didn’t play.

They have played a huge part in the success of their entire team and without doing the right things in training you won’t get the best out of 11 on the pitch.

You can see they are all saying and doing the right things.