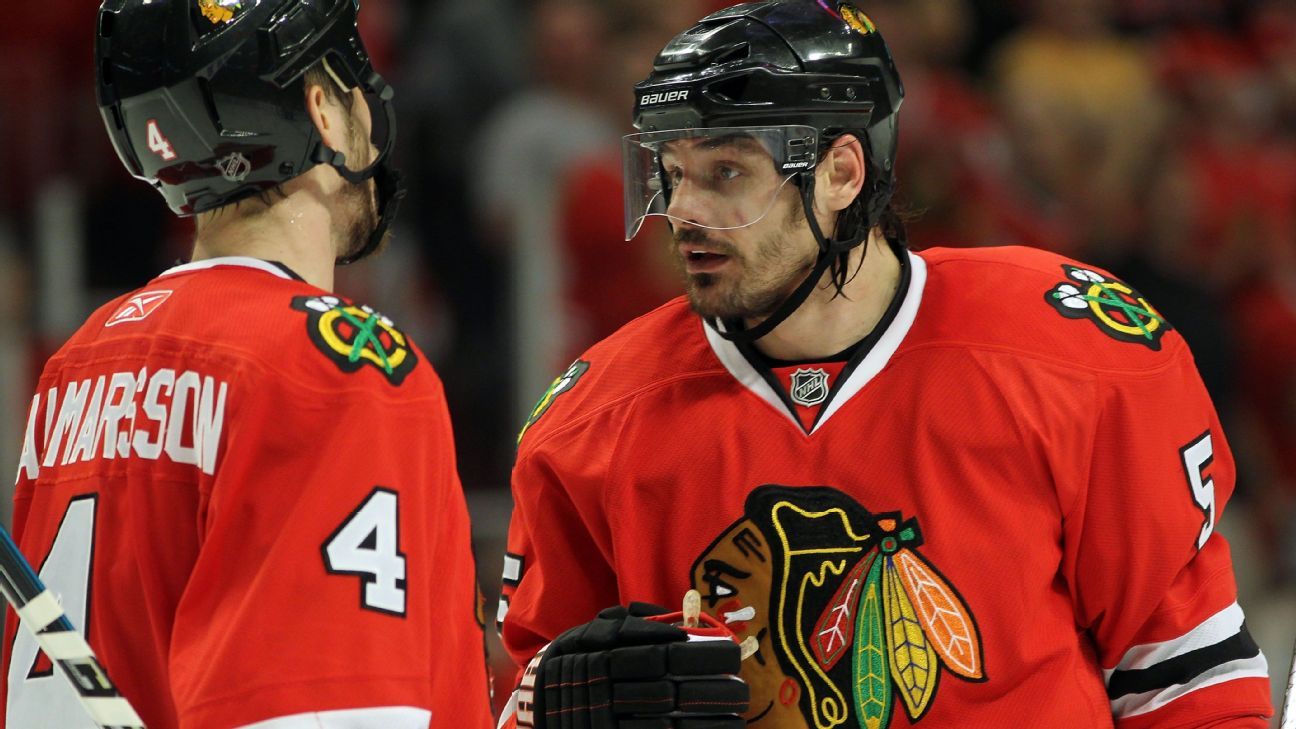 TAMPA, Fla. — When Robbie Hall signed a new contract with ECHL’s Atlanta Gladiators in 2020, he felt like he was living his dream. The money wasn’t great — about $500 a week, excluding taxes — but it was double the $250 a week he was making in the SPHL.

“I was in my third year playing professional hockey for a living,” said Hall, a defenseman who played Division III hockey at SUNY Brockport for four years. “That’s three years more than I ever imagined… [play]. I followed my dream and was able to do exactly what I wanted to do.”

Then COVID struck. The Gladiators have opted out of the 2020-21 season, citing economic viability.

“That basically forced me to retire,” Hall said.

“While I wouldn’t trade that experience for the world, I definitely feel like I’m living behind the eight ball through hockey,” Hall said. “We invest all our time in hockey and training and to be the best athlete we can be, but we have missed entry-level jobs and promotions. Many of my peers may now have a home and a family, situated all their lives. I’m still trying to find my way.”

Hall grew up in the Chicago area and spent most of his summers in construction. He knew that wasn’t for him. “But I also didn’t know what I wanted to do,” he said. “Hockey is really all I’ve known all my life.”

Hall studied criminal justice in college, so he began applying to police departments in and around Chicago.

He eventually took a job at a golf shop, just to save time. One day, he got a call from Brent Sopel, the retired 12-year NHL veteran. Hall and Sopel had met while training at the same Chicago gym.

It was just the lifeline that Hall needed.

Sopel is most famous for winning a Stanley Cup with the Chicago Blackhawks in 2010. A decade later, he moved from Chicago to Tampa to work for a solar energy company. Even he can’t believe the latest twist in his career.

“I’m a Saskatchewan farmer who doesn’t like moisture or water,” says Sopel, now 44. “Florida is the last place on Earth I thought I’d live.”

After retiring as an NHL defender in 2011, Sopel struggled to find his way on his own. He came to grips with his previously undiagnosed dyslexia, as well as his drug and alcohol abuse. In 2016, Sopel entered rehab. He has been sober ever since.

Sopel became passionate about helping others and created a foundation for people with dyslexia. He has mentored dozens of people — in hockey and beyond — and helped send dozens of others through rehab. Finding paid work was not so easy.

“Only a small percentage of hockey players have enough money where they don’t have to work,” Sopel said. “But even then you need a goal every day when you get up. And the majority of us don’t – we have no work experience, we have no education. And nobody in this world, especially not in business, cares if we play hockey All that matters is, are we making them money, yes or no?”

After leaving rehab, Sopel worked part-time for a coconut water company. Then he got into the roofing. Sopel learned more and more about solar energy through roofing.

“As part of the latest stimulus package, there was a federal discount of 26% for solar energy,” Sopel said. “So you see how the government is going.”

Through one of his mentees, Sopel came in contact with Brock Sottile, himself a former junior hockey player and founder and CEO of Horizon Energy Solutions. Sopel accepted a job overseeing the company’s Florida operations, then came up with an idea: What if he focused all his recruiting on ex-hockey players?

His boss loved the idea.

“The one thing you miss most about the game is the camaraderie of other guys who were like-minded and competitive, and our business is very similar to hockey: you’re only as strong as your weakest player or weakest performing team,” Sottile said. “So we can constantly push each other to compete and get better. It also made perfect sense because there are a lot of minor leagues in Florida and a lot of guys who played in there that are going through a tough time right now and could really use this source of income that we could provide.”

Horizon operates in Florida, Arizona, Texas and California and is looking to expand. The company has 82 full-time employees. Sopel has brought in about 10 (although Hall is the only one living in his house). Sopel reached out to the Professional Hockey Players Association – which represents the interests of players in the AHL and ECHL – and asked to speak with union representatives. Hall introduced him to several former teammates in similar situations.

Sopel worked on the phones, looking for ex-players who were incarcerated. This month, two-time Stanley Cup winner Brad Lukowich will join the company, with the ultimate goal of overseeing Texas operations.

“I’ve had a lot of conversations with guys in life after hockey who are lost,” said Sopel. “I wanted to start a family business and give back in ways that no one has or cares about.”

Hall moved across the country, away from his family and girlfriend in Illinois, to start a new career in a field he was unfamiliar with. It was a bit intimidating.

“Being a hockey player was my only identity, and it was hard for me to get out of that. I needed help,” Hall said. “The only people who really understand are other hockey players. It’s reassuring to know that Brent knows exactly what I’m going through, what I’ve been through.”

Hall followed Sopel into a few meetings, including a sales pitch to agents at Coldwell Banker. He then watched YouTube videos about door-to-door sales pitches. He learned to give up the company’s sales pitch. He believed he was on his way.

“For the first few days I was nervous walking up to people’s doors,” Hall said. “If they didn’t answer, I was like, ‘Okay, that’s not so bad.’ “If they answered, how would they react? Maybe they’re having a bad day and they’ll take it out on you.”

A seven-part docuseries that takes place behind the scenes on and off the ice and in the locker rooms for an entry pass during the Stanley Cup hunt. Watch ESPN+

He finds himself using the mentality of an athlete.

“I approach every door like the next wave shot. Forget the last shot, you can only focus on the next one,” he said.

Sottile has no problem hiring people with little traditional experience.

“I think a lot of things can be self-taught these days,” he said. “And for someone with no college degree, I think Brent is one of the most empathetic and intelligent people I’ve ever interacted with.”

It is that relative experience that Sottile has found just as important.

“Having a hockey background, you come into contact with people from a young age and you learn to represent yourself. Your image is always displayed and is something you need to protect — but also expand and grow,” Sottile said. “You also have the work ethic and resilience to excel in many different industries, not just my business or energy. If there’s one thing to take away from an ex-hockey player reading this, it’s this: You don’t have to feel like you have to create a new identity with your hockey mentality.”

Sopel isn’t sure how long Hall will stay with him, nor how long he’ll work with him. He just wanted to help open a new door and see where it would lead.