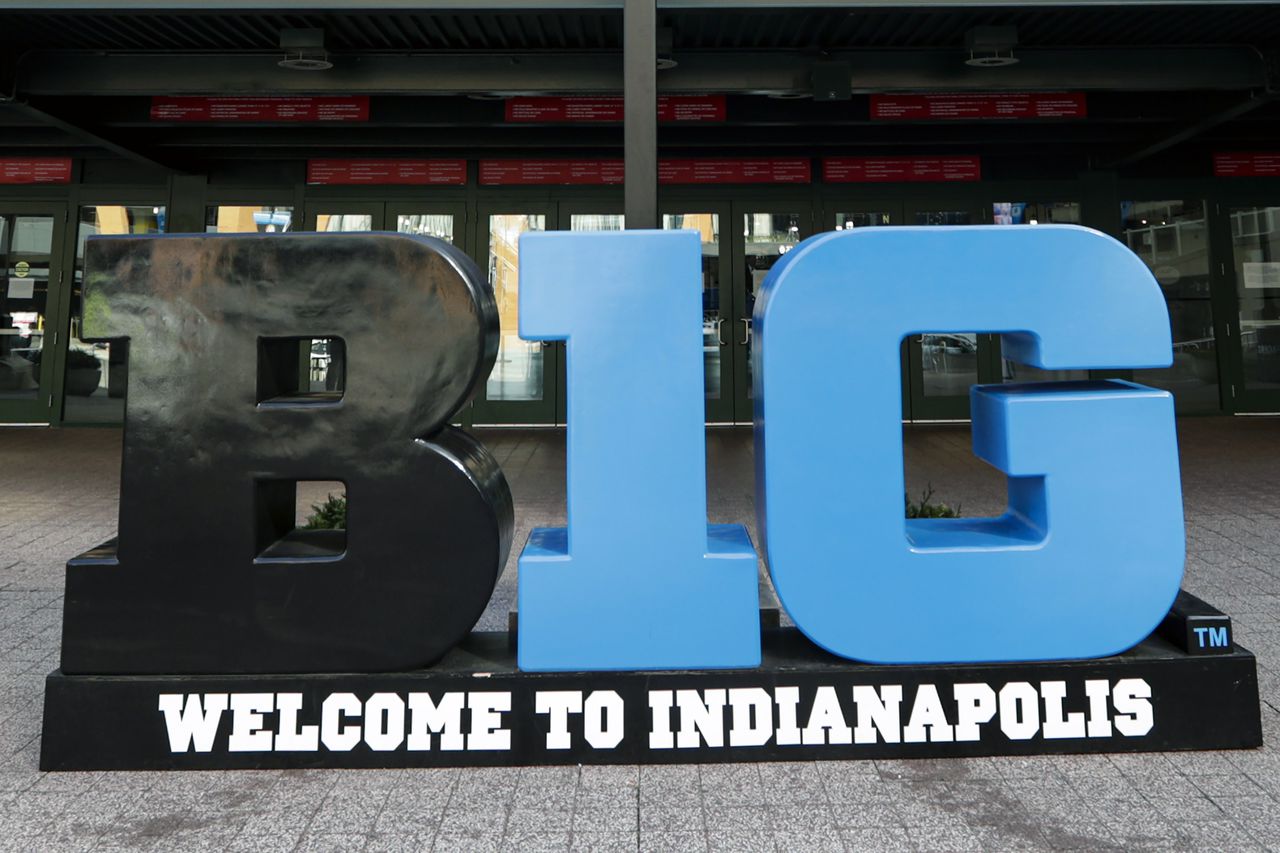 The late July tradition — canceled last year due to the coronavirus pandemic — will serve as the official end of #TalkingSeason and the unofficial kickoff of the 2021 campaign on Thursday and Friday at Lucas Oil Stadium.

Commissioner Kevin Warren will hold his first-ever state-of-the-league press conference after a tumultuous first season on the track. And it doesn’t get any less interesting after that.

Here’s a rundown of some of the key topics that will dominate the event:

Expansion. We don’t know if there really is a place where the Big Ten can spin, that makes sense. But everyone will be talking about it after Wednesday’s bombshell report that Oklahoma and Texas could leave the Big 12 for the SEC.

Vaccines. Coaches and players probably won’t like it, but they’ll be in demand this week. Warren too, as well as all the athletic directors making the trip (which may not be many as the usual series of league meetings isn’t happening this year).

The league will be pressured over what the COVID-19 protocols will be and whether a team should give up if it can’t play because of the virus. Teams will be asked about their vaccination status and the potential competitive advantage (or lack thereof) this brings. Rutgers is one of six Big Ten members to mandate the vaccine at the university level, along with Illinois, Indiana, Maryland, Michigan and Northwestern.

schematics. There is clearly a 12-team College Football Playoff coming up. Is the Big Ten planning to make changes to the way it conducts business to set itself up for the best chance of multiple bids per year? The wisdom of eliminating divisions and reducing the number of conference games to eight per fall will be discussed, although the new uncertainty about the SEC could put those talks aside until the dust settles and the national picture becomes clearer.

NIL. Will Warren or other coaches make newsworthy comments, for or against the new rules? And will players of their platform stand a chance to build their brand outwardly and/or let their sponsors bid? These are the first Media Days in this brave new world.

Rutgers. It feels like the Scarlet Knights are one of the gangs for the first time this week. The conference is genuinely impressed and intrigued by the way Greg Schiano has rejuvenated the program and the recruiting success he and his staff have had. It’s too early to say that the Big Ten forces are afraid of Rutgers, but certainly a lot more respect is being sent to her.

Jim Harbaugh. The most polarizing man in the Big Ten is still here after last year’s disastrous season and a low season where he got a pay cut and basically fired his entire staff to keep his job and get a reprieve. Many are writing Harbaugh off, predicting that this will be his last year in Ann Arbor. But the Wolverines return a slew of starters, including the entire offensive line and most of the defense, and appear to have finally found a quarterback in Cade McNamara with five-star recruit JJ McCarthy waiting in the wings. Does Captain Comeback have a big coming for his alma mater?

Ryan day. Hes took Ohio State to the CFP in its first two full seasons as head coach and has the highest-level recruiting program it has ever been. But this will be Day’s real litmus tasting season. The Buckeyes are now his team; the transitional period of the Urban Meyer era is over and he breaks in with a new quarterback in CJ Stroud. The Buckeyes are the overwhelming favorite to win the Big Ten again, but there is something to prove.

Nebraska. Everyone’s favorite faded superpower has graciously agreed to bring some fresh, fresh drama to chew on. When programming legend Trev Alberts was hired to replace bombastic Bill Moos as AD, the clock officially started on Scott Frost. The Cornhuskers brought home one prodigal son to effect a return to glory. Three years later, his teams have been inconsistent, undisciplined mess, finishing no higher than fifth in the Big Ten West. So now another prodigal son has been made boss. That seems healthy to me!

Frost and his associates have recruited well through prospect rankings, so they’re clearly not developing or evaluating well. Couple that reality with a tough schedule and it’s going to be tough to hit 6-6 this fall. Can Frost survive a fourth consecutive losing season? Can Alberts raise enough money to pay off his extravagant buyout if so?

Nebraska fans are a little delusional about where their program should be in the 21st century. But the Cornhuskers should undoubtedly be better than they are. Time is running out for Frost to save the program. And if he doesn’t get fired, you have to wonder if he should try to save his career instead. The man can clearly coach. He built a colossus at UCF in a short time. Maybe an escape hatch will come after this season, think a mid-tier Power Five job like Texas Tech or more likely a good Group of Five program that allows Frost to reset, rehabilitate and have another shot at the big time on the route ?

Two CFP teams. Yes, the Big Ten can do it. We set the stage earlier this week, but Ohio State and Wisconsin both have schedules that open the door to the conference’s potential to fight for two playoff bids.

This and that. When does the Jeff Brohm hot seat talk start? Purdu is 5-17 in the last 22, looking at a fourth consecutive losing season. … Are we sleeping on Iowa? The Hawkeyes could win more than 10 games if Spencer Petras steps down as quarterback. … What about Minnesota too? If the Golden Gophers can play defensively, they also have a shot at winning the West… Bret Bielema has some pieces to make Illinois playful this fall and he could be the right man to stop the Illini from underperforming. .. Was Penn States 0-5 starting an aberration, or are the Nittany Lions starting to slip under James Franklin (despite their loaded 2022 class)?

Sign up now and support the local journalism you trust and rely on.

James Kratch can be reached at: [email protected].

Coronavirus India: More than two-thirds of population may have antibodies, new survey shows