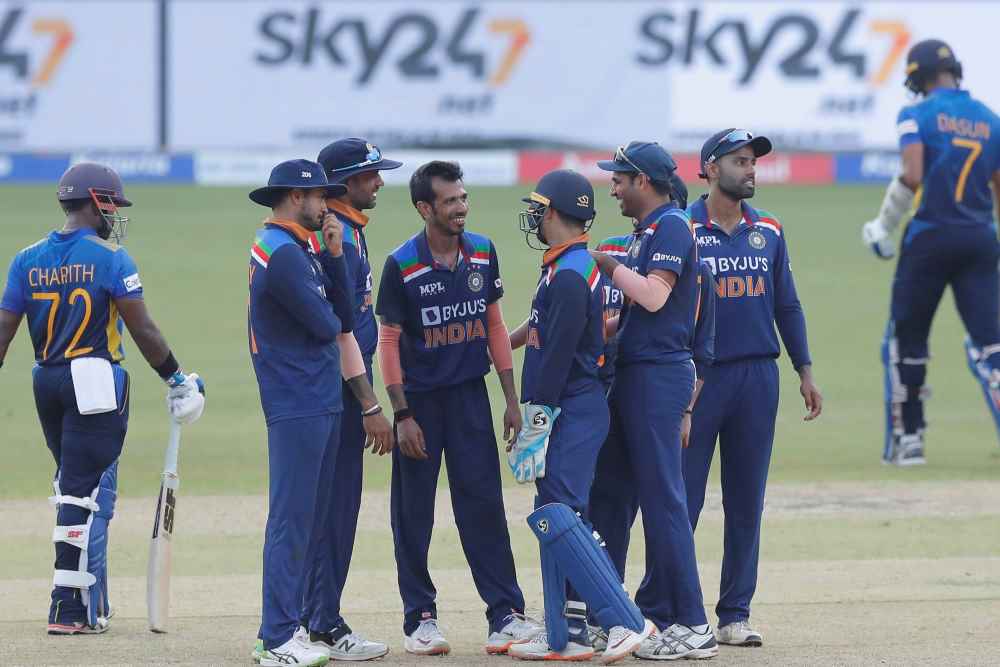 A new Indian team, made up of a host of young players making their international debuts, took on a new Sri Lankan team in a historic run that could mark the start of another training in international cricket. That of simultaneously playing series in different countries, in different formats of the game. (More cricket news)

While the Indian red team had already played friendlies in England, the Indian white team played and won, in a groundbreaking move, an ODI series in Sri Lanka. That both are full-strength and representative national teams was emphatically proven by the young players in Sri Lanka, a whopping seven of whom made their debut in Colombo as they raced home to a series win with plenty left.

In the first ODI, India ambled to a comfortable win that was easily one-sided, as young gun Prithvi Shaw and debutants Ishan Kishan and Suryakumar Yadav fired and fired an underpowered Sri Lankan attack into a good field. on all cylinders from the start. A battle-hardened skipper Shikhar Dhawan, in his 143rd ODI, himself a debutant in the role of that captain, looked benevolently at the fireworks from the other side, quietly helping himself to an undefeated 86 as he took his young team to victory. led.

And somewhere along the way, they made an emphatic statement that this was an Indian team as good as any other, to prove a point to the rest of the cricketing world. This was accomplished in style, as the young team completely outplayed the Sri Lankans, who were unsure in this match that they really belonged at this level.

Almost all the Lankan batsmen got the start, after a decent opening partnership in quick time, but didn’t get to anything substantial. And despite a late bloom with the last two overs bringing in 36 runs, that remained the story of Sri Lanka’s failed attempt in all three divisions in this match. They just didn’t look good enough to seriously challenge the Indian team throughout the match.

This was in stark contrast to the frenzied Sri Lankan teams of the 1990s and early 2000s when Kumar Sangakkara, Mahela Jayawardene and Tillakaratne Dilshan played together, with Lasith Malinga, Chaminda Vaas and Muralitharan complementing their battle feats with the ball.

For the record, Prithvi Shaw played some superb wing shots throughout this series that were a joy to watch, before throwing his wicket away in short-lived concentration problems in each of the matches, failing even once in a while. managed to reach 50. He will certainly be disappointed about that.

Birthday boy Ishan Kishan fearlessly hit his first ball in ODI cricket for a six to match his India U-19 team-mate and rival Rishabh Pant, who had done just that against England in Test cricket. Gaining a sparkling half-century ODI on his debut, to add to his 50 on T20 international debut against England earlier, Kishan is certainly one of India’s most exciting prospects for the future, with his brand of power “in the United States”. ‘ hits for the wicket.

PLENTIFUL
And it looks like dominating, flying starts will become a regular feature as the so-called Indian “second string” launches and revives multiple careers in spectacular fashion on this short tour. Creating an embarrassment of wealth for the Indian selectors to choose their future side as the young guns fire over and over again.

What defines these young cricketers is their refusal to give up, even when all seems lost. We saw that again and again in Australia and it was seen again in the second ODI against Sri Lanka when India looked dead and buried at 193 for 7, with 89 runs in the last 14.5 overs. Many of us turned off the broadcast at that stage, assuming the match was over.

But like Australia’s unheralded Washington Sundar and Shardul Thakur, who came together with a similar score of 186 for 6 in the fourth Test at the Gabba and added 123 gold runs that set the stage for a famous win for India, it was pacer Deepak Chahar’s turn to be in the spotlight this time. Hitherto unknown as a batsman, with a top score of 12 and a total of 18 runs in four ODIs played over three years, he paired with fellow pacer Bhubaneshwar Kumar in an unbeaten 84 run eighth-wicket partnership that brought India home .

This new generation of Indian cricketers with their supreme confidence have proven time and again that they have no fear. Not for them the limiting limitations of such small details as a previous top score of 12 as they miraculously started winning games for their country. And this certainly won’t be the last.

Previously, another Indian youngster who was only playing his second ODI scored a remarkably dominant 50, having come in at a time when India had lost early wickets. In the normal course, he would have been expected to dig in and consolidate and make sure his side didn’t lose any further wickets.

Instead, Suryakumar Yadav attacked and dominated Sri Lankan bowling from the first ball. He had a shot for every ball and yet he seemed in no hurry, effortlessly unleashing the vast amount of cricket shots in his repertoire on an unlucky attack. Still, like Prithvi Shaw at the top of the ranks, even he couldn’t get a big score and for all his dominance he only had one 50 to show at the end of the ODI series.

To be fair, the Sri Lankans had massively ramped up their own performance with both bat and ball in the second ODI and looked like they were running away with the game for most of the day. Unfortunately for them, like the team in Australia before them, this Indian team refuses to give up and at no point will it roll over and die.

The insignificant third ODI, in which as many as five players made their debut and pacesetter Navdeep Saini made a comeback in a massive overhaul of the team from the first two ODIs, proved an anti-climax for the Indians. After the now usual boisterous start, the Indian at bat fell off as Shaw, debutant Sanju Samson and Suryakumar Yadav once again threw away dominant starts while looking for many more. And the Indian innings stumbled to an under par 225, which would never be enough given the relative inexperience of the bowling attack in this match.

Sure enough, the Sri Lankan batsmen, growing in confidence with each passing match, made short work of goal as they galloped to a win and although a triple strike from Rahul Chahar held them back a bit, it came too late in the day to make a difference to the end result. But then, with the whole first-choice bowling attack sitting in the dugout, perhaps not too much needs to be read into this defeat. And the dropped catches only added to their misery.

Failing to convert their sparkling starts throughout the series, the Indian batsmen remained a major disappointment and these young cricketers would soon realize that and work on it in the future. They owe it to themselves and to the coach Rahul Dravid who has looked after and guided them from their U-19 days.

(The writer is a retired commander of the Indian Air Force and a former Ranji Trophy player. View personally)