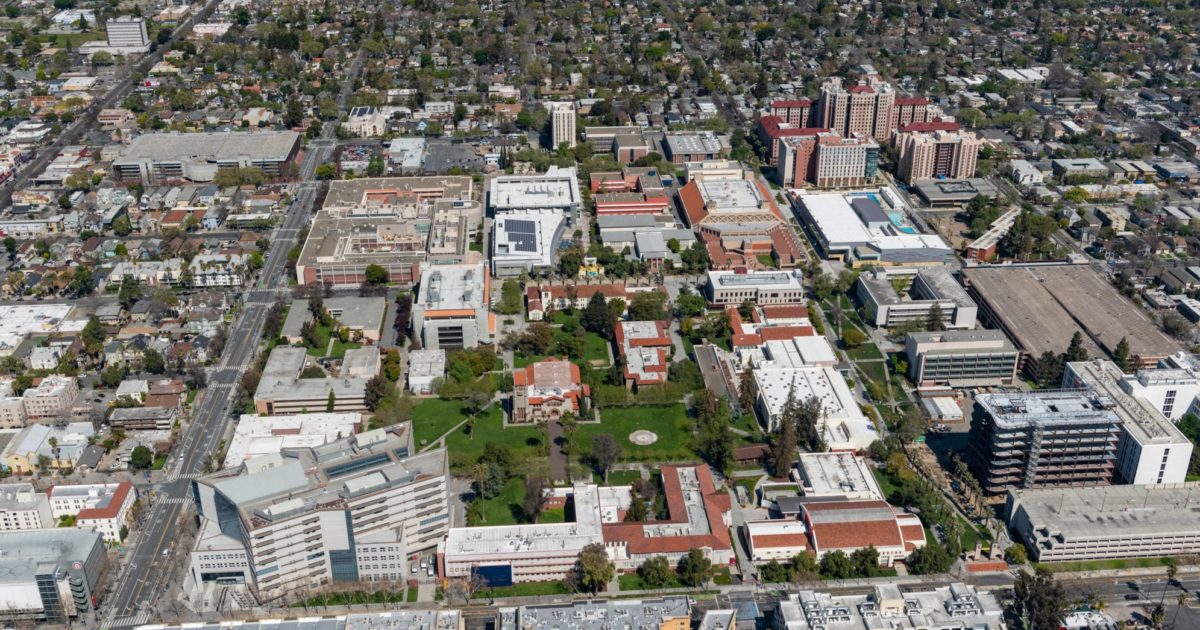 Below the 11,000 athletes competing for medals in the Tokyo Olympics, several have ties to San Jose State University.

Ten San Jose State University residents or alumni represent nine different sports at the international competition, according to the citys website. The athletes were not immediately available for comment.

Lawrence Fan, spokesperson for SJSU Athletics, said the department is proud to have alumni participate in the Games.

“It has been a pleasure for SJSU to follow its alumni in its most diverse representation in an Olympics in many years,” Fan said in a statement to San Jos Spotlight. “There is a diversity of sports and a diversity of countries represented, and we are very proud that more SJSU women are participating in the Olympics.”

Robyn Stevens, a 2007 SJSU alumna, competes for the track and field for women in race walking. Stevens retired from competition in 2004 while at SJSU due to a Eating Disorder, and did not compete again until 2014. She won first place in the 2020 Olympic trials for race walking.

Colton Brown, a 2015 SJSU alumnus, represents the US in men’s judo. This marks browns second participation in the Games after the 2016 Summer Olympics in Rio de Janeiro, Brazil.

“If someone had told me then that I would eventually travel the world meeting incredible people and competing at the highest sporting level, I wouldn’t have believed them,” Brown said on Instagram on July 28. after.

SJSU water polo player Clara Llaquet fight for Spain. Llaquet is the first player in school history who scored at least one goal in every game in a season and was named the most valuable player of the Spartans team in 2014. This is Llaquets’ second time competing after the 2016 Summer Olympics.

An Australian Indigenous and SJSU 2015 alumna, Michelle Cox represents Australia in softball. Cox was a four-year starter for the San Jose State softball team and was named to the Australian Olympic team in July.

A 2018 graduate of SJSU, Emma Entzminger competes for Canada in softball. Entzminger played for the school for four years – starting in 191 of her 207 games played in that time – before joining the Canadian team.

SJSU student Suzy Brookshire Gonzales represents Mexico in softball. Gonzales played for SJSU in the 2019-20 school year, in which the Spartans had a 21-5 season and had a 17-game winning streak.

Greg Massialas, a three-time fencing Olympian and four-time Olympics coach, coaches the Team USA fencing team. Massialas trained for multiple years with SJSU and participated in the 1984 and 1988 Olympic Games. He became the coach of Team USA in 2011 and received the Olympic Coach of the Year award in 2020.

Along with SJSU alumni, several other athletes from San Jose participate.

Taylor Averilla compete for USA in men’s volleyball. Averill attended Branham High School in 2010, then played for the University of Hawaii. Averill too played professionally in France and Italy before joining his home country team.

Born and raised in San Jose, Keilani Ricketts competes for Team USA in softball. Ricketts graduated from Archbishop Mitty High School in 2009. She attended the University of Oklahoma, where she was a two-time national champion and competed on the women’s national team in 2011 and 2012.

eighteen year old Nikhil Kumara is a member of Team USA and participates in table tennis. Kumar graduated from Valley Christian High School this year and placed first in the 2020 Olympics for table tennis.

Jokowi: Don’t be careless, wear a strong protective shield against the virus, wear a mask!