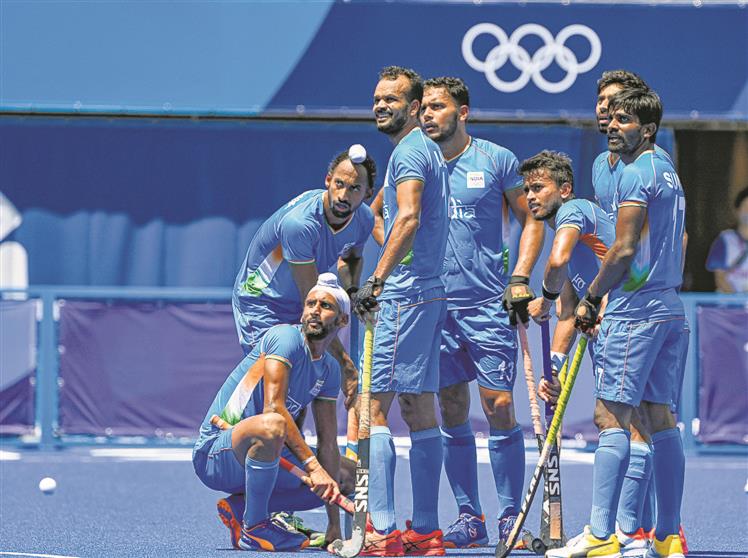 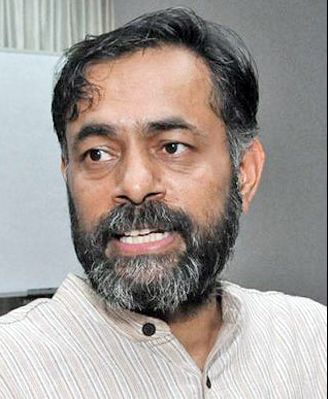 I’m not a morning person. But Tuesday morning was different. I was up early, as was the whole family, for the India-Belgium match in the Olympic hockey semifinals. The game has taken us, like millions of Indian fans, from ecstasy to fear and pain. The Indian men’s team was outplayed but this defeat didn’t humiliate us, it didn’t diminish the earlier joy of watching that brilliant solo goal against Great Britain by Hardik Singh. Or the sheer pride of the Chak De moment when our women’s hockey team beat Australia.

It took me back to my school days almost half a century ago. My school’s only claim to fame, SGN Khalsa Higher Secondary School, Sri Ganganagar, with a predominance of rural Sikh boys, was its sports prowess. At that time there were 6-8 members of Rajasthan’s playing XI from my school. My school, SGN Khalsa College, had the same reputation in hockey and athletics. I played hockey, never progressing beyond the school’s Team C, but was enough to be selected for AIR’s panel of hockey commentators for the 1982 Asian Games.

Like everyone around me, I was an avid hockey fan back then. Indian hockey was past its golden age, but not off the international bill. We had only heard about Dhyan Chand, but his son Ashok Kumar was our hero. I didn’t know much about Balbir Singh, but I remember how awe-inspiring I was when I got to shake hands with Ajit Pal Singh, the legendary centre-back. The defining moment of hockey glory was Aslam Sher Khan’s last goal in the semi-final of the 1975 World Cup in Kuala Lumpur, which India won. There was no television in my town then. The joy of hockey came from Jasdev Singh’s radio commentary. You had to add visuals, action and colors yourself. For my generation then, the Indian hockey team was the flag bearer of our national pride. It wasn’t a safe bet, but worth it nonetheless.

Like most of my friends, my passion for hockey quietly gave way to cricket. It started with the visit of Clive Lloyd’s team to India in the winter of 1974-75, a series in which Gordon Greenidge, Vivian Richards and Andy Roberts made their debuts. My personal favorites were G. Viswanath, Brijesh Patel and of course BS Chandrasekhar, all from Karnataka. India lost the series, but not its pride. The introduction of astroturf at the 1976 Olympics marked the beginning of a precipitous and irreversible decline of Indian hockey, despite its easy gold at the 1980 Moscow Olympics. It coincided with the rise of cricket, which led to the dream victory in the 1983 World Cup.

A few friends got together to form a local cricket team, big name the Elfstar Club. The new APMC yard, not yet inaugurated, was our cricket ground. TV had just entered my town, but not my house. The five meter high antenna, the new symbol of social status, was more likely to catch the Lahore TV channel than the signal from our own Doordarshan from Amritsar. Cricket stars – I had now added Kapil Dev to the list – were the new national heroes. India was still an underdog, with the occasional disturbance that lifted our pride. When India wasn’t playing, I was happy to support West Indies or Pakistan and admire Vivian Richards or Zaheer Abbas. Those were the heydays of solidarity in the developing world and the movement of non-aligned parties.

Almost two decades later, I lost touch with the sports world. Professional passions overshadowed my occasional interest in cricket. Hockey was a vague memory. Lagaan itched, but failed to rekindle my interest in cricket. Chak De! India brought tears, but for a world that no longer existed.

By the time my sports fanatic son reconnected me to that world a few years ago, cricket was a new game. Twenty20 has changed the format and pace, even for Test cricket. Fortunately, I don’t look down on these changes. I love T20 matches. Who wouldn’t enjoy a party of sixers? I marvel at how a format designed for batsmen is now dominated by bowlers. I am truly in awe of the talent pool that Indian cricket is now.

Yet I don’t feel it. Cricket is now an extension of the entertainment industry. I can’t bear to read about the player auction. I can’t connect IPL teams to the cities and regions they supposedly represent. I know we are the center of international cricket, but that in no way contributes to my national self-esteem. I see and hear Indian fans, inside and outside the country, wearing face paint and T-shirts, but I can’t tell them apart from English football fans. I just can’t join their roar. Victory in the 2007 T20 World Cup did not mean what triumph in the 1983 cricket World Cup or the 1975 hockey World Cup meant.

I felt something similar this time with our hockey teams at the Olympics. Undoubtedly, hockey has also changed: the four-quarter format, the pace of the game and the new set of rules. Yet it is the same game. The Indian women’s hockey team’s victory over Australia recently made my heart beat as much as the victory of Ajit Pal Singh’s team 46 years ago. The stories of female hockey players are no different from the stories of Indian hockey in the 1970s. I don’t care if they don’t win Olympic medals. For me, even in their defeat, the women and men of Indian hockey are the new national icons.

My story is not quite my story. It is very much the story of a generation that saw the transition from a thick but porous postcolonial nationalism to the hard, flat and thin ultra-nationalism so typical of our time. Hockey of the 1970s and cricket through the 1980s represented the pride of the underdog, the hesitant newcomer to the world stage. The mass hysteria surrounding cricket is today the cultural carrier of rudeness, and the outward self-confidence barely masks the emptiness within. Ashis Nandy, who wrote a story on the politics of colonialism surrounding cricket, reminded us, “Cricket heroes have become, for the increasingly uprooted, humiliated, decultured Indian, the ultimate remedy for all the failures – moral, economic and political – of the country. .”

The revival of Indian hockey in this context assures me that there is still a deeper and positive nationalism in us. It may have been overshadowed, but it has not been erased from our national consciousness. Or am I dreaming?