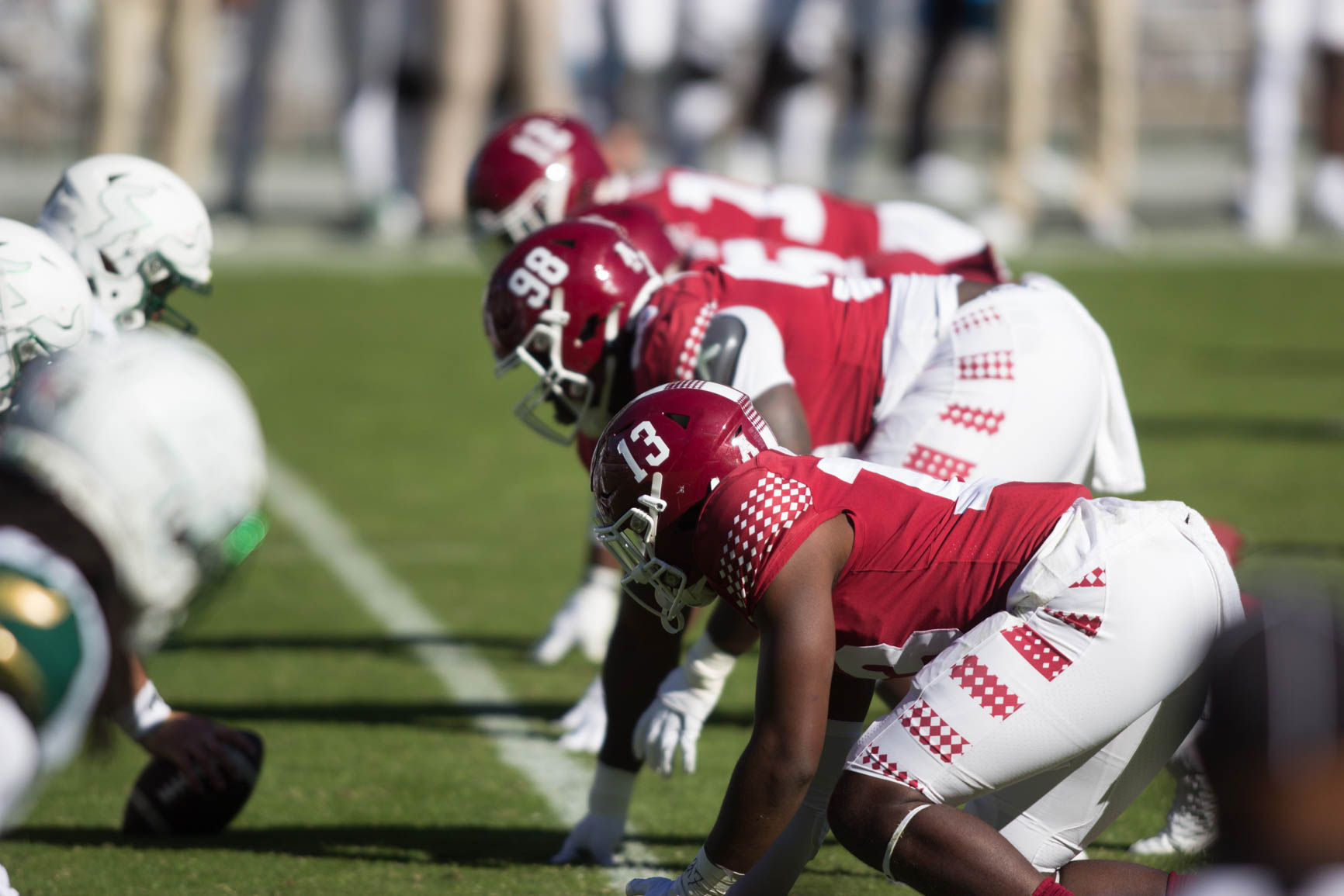 With five minutes and 24 seconds left in the second quarter, Temple University sophomore redshirt Layton Jordan pulled redshirt senior quarterback Kato Nelson from behind, forcing a fumble on the tackle. Graduate student linebacker William Kwenkeu scooped the ball up and took it 38 yards for the score.

The Owls (1-1, 0-0 The American Athletic Conference) won 45-24 against the Akron Zips (0-2, 0-0 The Mid American Conference) on Saturday afternoon, behind two important turnovers by the Owls defense.

Freshman Justin Lynch was the quarterback for the Owls after red shirt freshman quarterback DWan Mathis sustained an injury in last weeks 61-14 loss to Rutgers University. Lynch went 19-23 for 245 yards today and threw two touchdowns, including some nice passes to graduate student wide receiver Randall Jones throughout the game.

I never doubted Justin, Jones said. He puts in the work, he’s a workhorse.

With two minutes and 26 seconds left in the first quarter, Lynch threw a forward pitch pass to Jones, who took it 75 yards for a touchdown. Jones had 170 receiving yards, 109 of them in the first half.

Having faith in your teammates is key, Lynch said. I had to get the ball into the hands of my receivers.

Junior Offensive Lineman Adam Klein, a key part of Temple’s offensive line protecting Lynch, was replaced today by Red Shirt frontline lineman Wisdom Quarshie. Lynch looked composed throughout the match with a great presence in his pocket, even rushing for a score.

Consistent play on both sides of the ball in the last three quarters helped the Owls to victory.

After Kwenkeu’s scoop and score in the second quarter, graduate student defensive end Manny Walker scored a touchdown of his own after picking a pass from Akron redshirt sophomore quarterback DJ Irons and taking it three yards for a score on the next drive. . Irons entered the game after Nelson was injured in the game that gave the Owls their second score.

Akrons sophomore receiver Michael Mathison caused some trouble for Temple’s defense, who made eight catches for 101 yards. IJzers couldn’t get Akron’s offense moving during the second half, however, as he faced constant pressure from the Owls defense. Irons completed all of his 13 passes against Auburn last week, but went 12-of-22 today.

After the first quarter, the Owls shook off their defensive rust. Bad tackling and an accident in the secondary gave Akron their first two touchdowns. Irons scrambled nine yards for their first score, and Nelson found wide open freshman receiver Tony Grimes Jr. for their second.

They performed at a higher level, said head coach Rod Carey. We dug ourselves out.

The Zips scored just 10 points in the remainder of the game, a product of the improved play of defensive coordinator Jeff Knowles players. The Owls dominated the line of scrimmage and played well in the secondary with key breaks by red shirt junior safety Jalen Ware and red shirt junior cornerback Cameron Ruiz.

Late in the fourth, the running game took over for the Owls, with running backs redshirt junior Ravon Bonner, graduate Tayvon Ruley and redshirt freshman Edward Saydee rushing for a combined 69 yards and one touchdown.

Temple put in a 45-3 run for the last three quarters before Irons threw a touchdown pass to freshman receiver Konata Mumpfield with two minutes and 47 seconds left.

Temple will have to play as they did in the bottom half of today, when they face Boston College next Saturday at 12:00 PM in their home opener at Lincoln Financial Field.

The Eagles are 2-0 (0-0 The Atlantic Coast Conference), with a 51-0 win over Colgate University and a 45-28 win over University of Massachusetts Amherst.