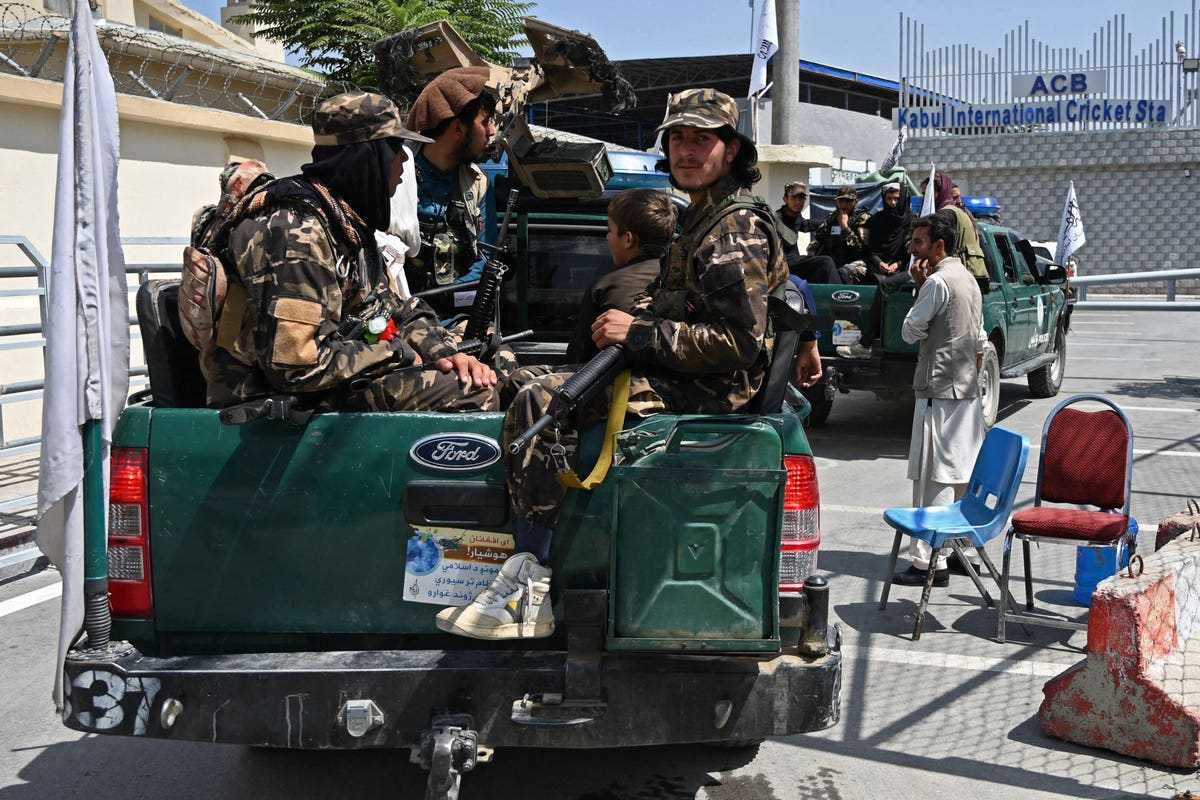 Several board members have urged the International Cricket Council (ICC) to take a stance on Afghanistan as concerns grow that the sport’s reputation worldwide could be tarnished amid the Olympic bid if women’s cricket in the war-torn land is banned by the Taliban.

The swift return of the hardline Islamist group has raised fears that the young women’s game in Afghanistan is over.

The head of the groups’ cultural committee said: Australian broadcaster SBS that he believed that womens cricket was probably done there leading to Cricket Australia all but canceling the historic first-ever November Test between Australia and Afghanistan in Hobart.

In response, the Afghanistan Cricket Board (ACB) issued a passionate plea and said it still planned to allow women to play cricket. But the chances of an oppressive regime making concessions seem unlikely.

The ICC has remained largely silent and appears to be waiting – something it usually does very well – until an official decision is made by the Taliban.

A board meeting in November — the first in-person meeting of executives since the pandemic — will address the issue, but everyone seems to agree that’s too long gone.

An imminent extraordinary encounter seems likely with Afghanistan’s position in the T20 World Cup precariously positioned. No meeting is scheduled at this time, according to sources.

Pressure will be put on the 17-strong and well-rounded divided ICC board to make a hard decision about the future of cricket’s most heartwarming story. But some board members have called on the governing body to take initiative – something the ICC doesn’t always seem to do.

“What is the actual position of the ICC with regard to the influence of politics on the governance of a national cricket board?” a board member told me.

“The ICC is vague about many things and what it actually stands for. It has to intervene, otherwise individual countries will make individual decisions.

“I’m not sure if the ICC as an institution is strong in being decisive.

Another board member underlined the differing sentiments and told me that “politics should not mix with cricket”. “It sets a precedent and then the ICC has to start investigating the actions of other governments,” the director told me. “If we ban Afghanistan, it could be the death of cricket out there. Is that something we want to do?’

With the $3 million bid to bring cricket to the Los Angeles Olympics, which sources say has begun high-level discussions between the ICCs working group and the LA Local Organizing Committee, there are concerns about cricket’s image.

“It may cause a problem with the Olympic bid, but it will probably depend on how the ICC handles it,” a board director told me.

Sentiment is fluctuating at the moment, though insiders feel Australia, England and New Zealand would favor abolishing Afghanistan’s full membership.

But as always, the real power lies with the almighty BCCI – the governing body of India. According to sources, Afghanistan voted for BCCI-approved Greg Barclay in last year’s controversial presidential election but has been generally lukewarm in its support of cricket’s strongest governing body, despite falling occasionally in recent years. India was established.

“The BCCI will be critical of the decisions that will be made,” a board director told me.

Afghanistan’s cricket future is at the crossroads, and perhaps in hindsight the ICC and its council were too eager to grant them full membership in the first place.

Rewarding the ultimate feel-good story of cricket, a welcome distraction from scandal and power grabs by wealthy boards, was an opportunity too good to pass up in 2017, even though Afghanistan saw little development in women’s cricket.

Development and pathway structures for women’s cricket are part of strict criteria to get into the exclusive membership tier, which currently only includes 12 countries.

Much to the chagrin of some associated countries, who had long believed Afghanistan would receive preferential treatment from the cricket board, an exemption was sought and Afghanistan was granted elite status on the condition that women’s cricket be developed.

“Afghanistan was the fairy tale of cricket and there was a strong push to get them Full Membership due to the rise of the men’s team, although there were doubts about whether women’s cricket could ever really develop there,” an ICC executive director told me .

In the conservative field, development has been slow. “Afghan society was not ready to accept women’s cricket, said Shafiq Stanikzai, who served as director of ACB from 2014-19.

We had to teach society to accept women’s cricket. That women can get out of the house and play cricket.

The ACB has stated that 25 contracted women’s players are on the books, although some have questioned the validity of that claim. The ACB has not responded to my questions about this.

It’s a delicate situation that has the potential to turn ugly unless decisions are made quickly.

Biden to stop, to limit some military aid to Egypt