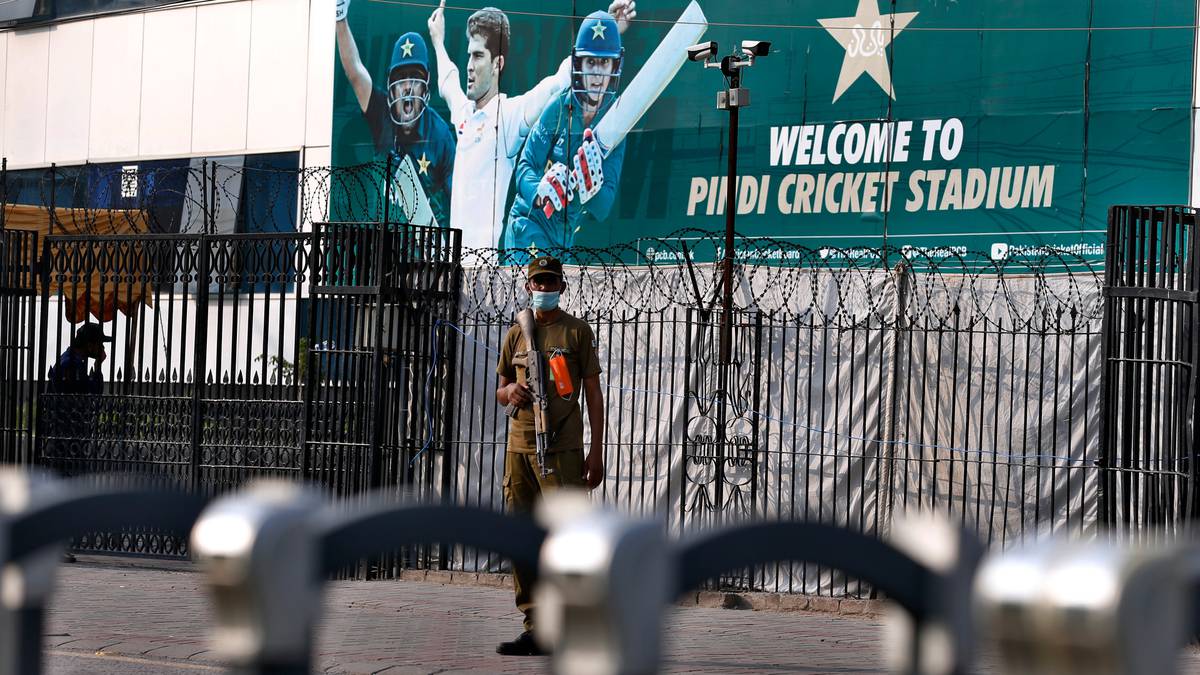 The New Zealand government remains steadfast in its support for New Zealand Cricket’s last-minute decision to suspend the Black Caps’ tour of Pakistan, despite sharp criticism from Pakistani authorities and the wider cricket community.

NZC called for the tour to be canceled minutes before the first ODI in Rawalpindi on Friday night, following information about a security threat targeting the Black Caps.

All 15 squadron members, who have been training under heavy police guard three times since their arrival a week ago, have been ordered to remain in their hotel rooms – and will now be expelled from the country urgently.

According to overseas media, the information came from Five Eyes, an intelligence alliance of New Zealand, Australia, Canada, the United States and the United Kingdom. The threat was deemed credible before the match and led to phone calls between NZC and their counterparts at the Pakistan Cricket Council, and the Prime Ministers of Pakistan and New Zealand Imran Khan and Jacinda Ardern.

Within 12 hours of those talks, the tour was canceled.

New Zealand had not traveled through Pakistan since 2003 due to long-standing security concerns following a 2002 suicide bombing outside their hotel in Karachi, while in 2009 the Sri Lankan team’s bus was attacked in Lahore.

In the wake of the cancellation, Pakistani media reported the existence of a police advisory from Rawalpindi earlier this week citing a threat to the tour.

New Zealand Deputy Prime Minister Grant Robertson declined to confirm whether that was the threat causing the tour to be halted, but noted that the threat was credible and action needed to be taken.

“As is normal in situations like this, it’s not possible or justifiable to go into detail about the nature of these threats, but it was credible and had to be taken seriously.

“We support NZ Cricket’s decision. They did this on the basis of safety assessments, including by their own safety advisers on site. There was a credible security threat and NZ Cricket responded appropriately.

“We are grateful to the Government of Pakistan for keeping the team safe while they were there, and appreciate how disappointing this decision is for the cricket community in Pakistan. However, player safety must come first. We will continue to work closely with NZ Cricket to to support them and the players.”

The decision left the Pakistani government and cricket community in shock, with an official claiming Ardern Khan had told her she feared the Black Caps would be attacked once they arrived at the stadium for the first ODI.

Pakistani Interior Minister Sheikh Rashid Ahmed also reiterated previous comments by the PCB that there was no security threat against the Kiwis.

“He [Khan] told her [Ardern] that the law and order is the best in our country and we guarantee that there is no security problem here, there is no threat to security,” Ahmed said.

“But the New Zealand Prime Minister said the problem is not the threat, but that we have such information that if the team leaves, it could be attacked.”

According to Ahmed, Black Caps security notified local authorities of the security threat on Friday. When asked about the nature of the threat, Ahmed claimed the New Zealanders “didn’t have one”.

Pakistan had deployed commandos from the Pakistan Army’s Special Services Group, soldiers and 4,000 police officers for the matches in Rawalpindi, Ahmed said.

He also claimed the cancellation was a “conspiracy” but declined to elaborate.

“He [Khan] called [Ardern] and assured her of complete safety to the Kiwis.

“She said that the [New Zealand] The government received information that the team could be attacked when it steps out to go to the stadium.

“It’s their decision. We had deployed heavy security for the team. Pakistan is a peace activist in the world. And this tour was canceled due to a conspiracy. It’s their problem and what they decide.”

The New Zealand women’s team, the White Ferns, are scheduled to visit Pakistan this season, and the men’s side is also set to visit again in 2022-23 for a series of tests and ODIs.

The Black Caps’ next matches will be during the Twenty20 World Cup, which begins in the United Arab Emirates at the end of October. Their first opponent will be Pakistan.

An investigation into India’s antitrust law reveals that Google is abusing Android’s dominance, the report shows.