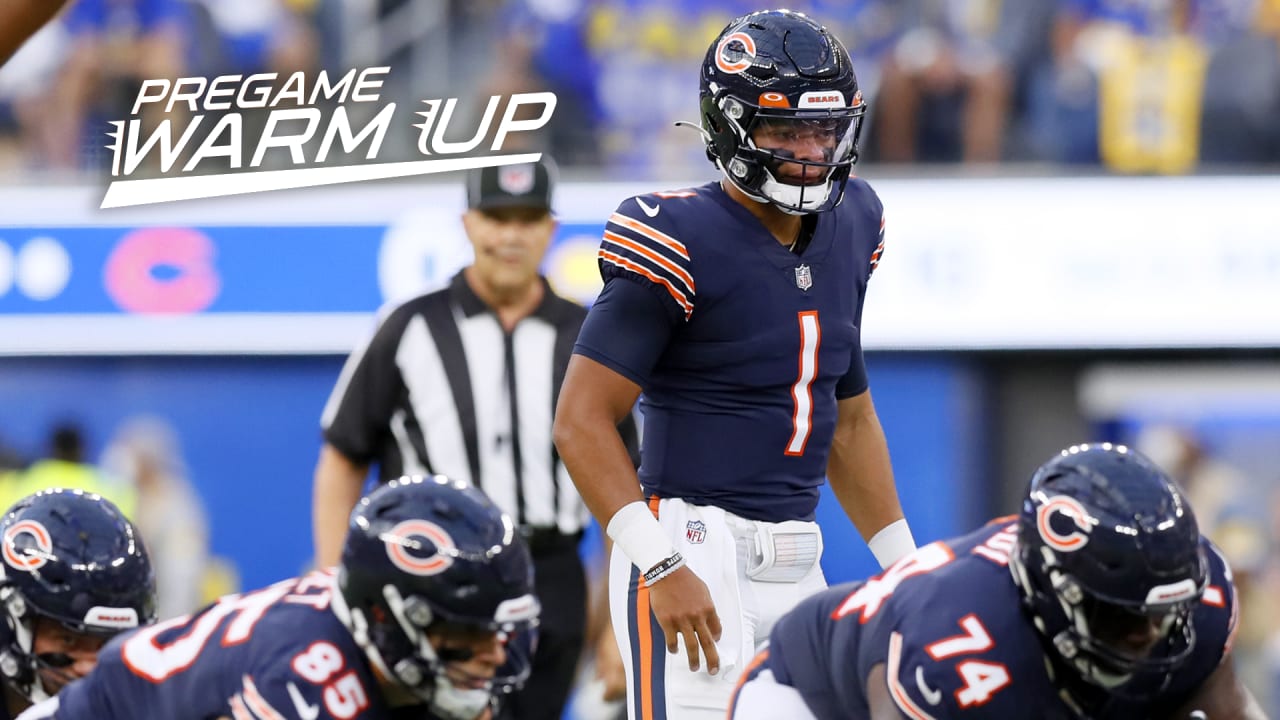 Teammates have praised Fields for keeping his balance under pressure and expect nothing else on Sunday in Cleveland. “I think that’s something that really stands out,” said the tight end Cole Kmet. “When he makes that choice last weekend, it’s just ‘next play,’ which is really impressive. We’ve seen that. He has the ultimate confidence in himself, which is really cool to see. When the quarterback is so confident, it inspires confidence in everyone.”

(2) Will the Bears’ defense build on its impressive performance against the Bengals?

The defense struggled in the season opener, allowing 67 and 56 yards touchdown passes while generating no takeaway in a disappointing 34-14 loss to the Rams. But the unit bounced back in a major way last Sunday, registering takeaways on four straight possessions in the second half and collecting five sacks in a 20-17 win over the Bengals.

The Bears hope to continue playing solid defense and force turns in Cleveland on Sunday. “It was great to see a lot” [takeaways] and get them in bunches, so I’m really proud of the guys for being able to do that,” said defensive coordinator Sean Desai. “Part of the message is that they just have to keep swarming the football over time. the ball will find them. That’s just a function of the competition. You have to play with good technique and basics and be in place when you need to be in place and then when the ball is available to be taken, you go do it.”

The only teams with more than the Bears’ four takeaways this season are the Cowboys with six and the Patriots and Texans with five each. The Browns have made four turnovers in their first two games, two lost fumbles and two interceptions.

(3) Will the Bears be able to tame a vaunted Browns pass rush led by a pair of No. 1 overall picks in Myles Garrett and Jadeveon Clowney?

“They have talented guys, tall guys, they have guys who are intense,” said offensive coordinator Bill Lazor. “Even some of their backups that we’ve played in the past are high-engine guys and bring it hard. I think if you had to rank all the problems you should start with how they play and how they can disrupt on the ends, first those defensive ends and then in. You’ll have to block them, run and pass, so I’d say that’s task #1 if you’re looking at this team specifically.”

A productive running game would slow down the pass rush and keep the Bears out of predictable pass situations. David Montgomery ran for 108 yards and a touchdown on 16 carries against the Rams, but was limited to 61 yards on 20 attempts against the Bengals. In Week 3, the Browns defense was 14th in the NFL in total yards, ninth by run and 23rd by pass.

Fields’ mobility should also help; the Browns will have to consider his 4.4 speed and ability to escape from the bag and extend the game with his legs.

(4) Will the Bears defense be able to slow down a balanced Browns attack backed by another #1 overall pick in Baker Mayfield?

Mayfield enters Week 3 after completing a leading 81.6 percent of his passes for 534 yards with one TD, two interceptions and a 101.9 passer rating that ranks 13th in the NFL. Mayfield and the Browns are expected to benefit from the return of receiver Odell Beckham Jr., although receiver Jarvis Landry was placed in the injured reserve this week.

“The quarterback plays at a really high level; he can extend plays,” said Desai, who described the Browns offense as “stacked.” “He’s got a cannon for an arm and they’ve got the receivers that can play the ball too, and the tight ends are some of their top goals in the pass game that are fast and have a great catch radius.”

Cleveland also has a dynamic running back tandem that put together 1,908 yards in Nick Chubb (1,067) and Kareem Hunt (841) last season. “They’re physical and they run angry and mean,” Desai said. “They run with their shoulders over their toes. They’re not afraid to hit the ball down and they’re not afraid to miss someone. It’s going to take a lot of people at once to get them down.”

What is Chromecast? [2021 Guide to Google’s Streaming Device]