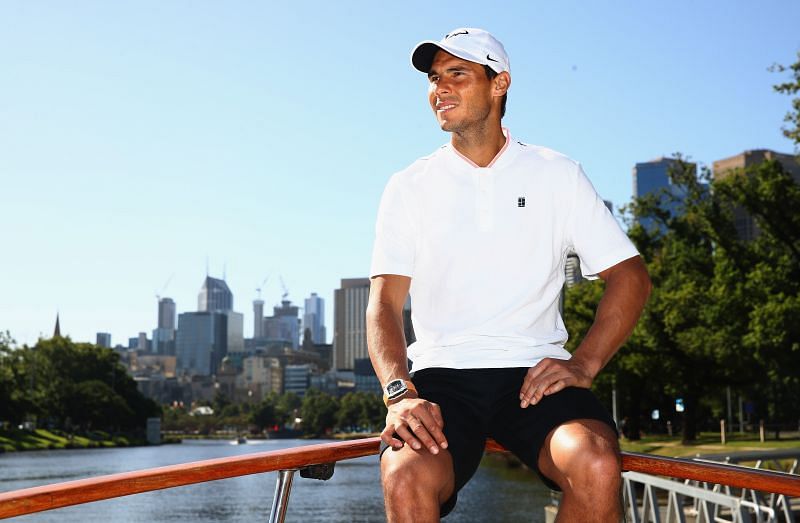 Rafael Nadal hosted Nico Rosberg on his yacht at the Monaco Yacht Show presented by Sunreef Yachts earlier this week. Images of the pair together have flooded social media in recent days, much to the amusement of their fans.

Now Rosberg has posted on Twitter a video of the couple playing a game of table tennis or ping pong on the yacht. Both Nadal and Rosberg showed their competitive side in the five-point match, which was won by the 20-time Grand Slam champion.

Rosberg made some particularly dramatic gestures during the match, especially after losing the match point, which can be seen in the video below:

ping pong against @Rafael Nadal on his @SunreefYachts Who’s next? Absolutely no lack of emotions there…no chance to hide my competitiveness. It was an exciting match!! Let’s play again soon Rafa

ping pong against @Rafael Nadal on his @SunreefYachts Who’s next? Absolutely no lack of emotions there…no chance to hide my competitiveness. It was an exciting match!! Let’s play again soon Rafa https://t.co/12qLc6wGDg

“Absolutely no lack of emotions there… no chance to hide my competitiveness,” Rosberg wrote. “It was an exciting game!! Let’s play again soon, Rafa.”

Boating is one of Rafael Nadal’s biggest interests outside of court, one he shares with Nico Rosberg. When the two met at the boat show, Nadal took the 2016 Formula 1 World Champion aboard his Sunreef 80 Power Catamaran Great White yacht and gave him a tour of the interior.

During the show, Nadal also ran into Prince Albert II of Monaco.

Rafael Nadal focused on recovery for 2022

The Spaniard attempted to return to the tour in America, where he would play the full summer hardcourt series. However, after a painful run in Washington, he withdrew from the rest of the season.

Rafael Nadal is now in recovery mode and he wants to return to the tour at the Australian Open next year. But since the COVID-19 pandemic hit, the Spaniard has had little to offer for outdoor clay, so expectations from the start of his 2022 season shouldn’t be too high.

Nadal’s last hardcourt title came at Acapulco in February 2020, and his last harcourt Slam was won at the 2019 US Open. With 20 Major titles, he currently equals Novak Djokovic and Roger Federer at the top of the all-time Slam -rankings.

Rafael Nadal has released a few updates on his physical condition, claiming he is focused on getting back to winning ways despite the serious injury. His former coach and uncle Toni also recently stated that he is “confident” that next year everything will be fine with his cousin.

At his best, Nadal is a threat on any surface, and he seems to have enough in the tank to win more Majors and break the all-time record. But it remains to be seen when, and if he can return physically at his best.

PM Modi to A