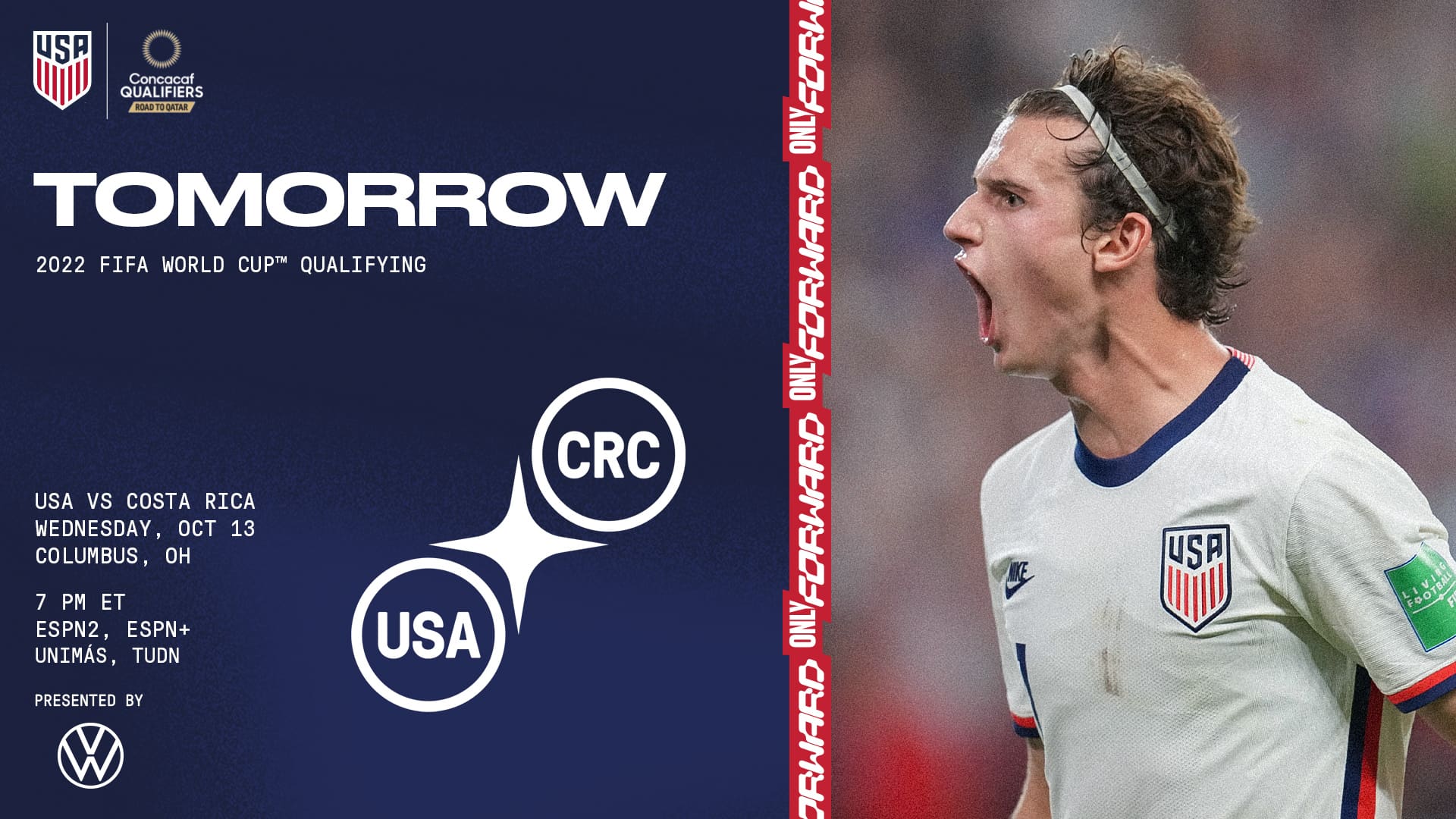 GAIN EXPERIENCE: For five games of World Cup qualifiers, including three on the road, the US is second in the octagonal standings. The eight points so far have come with 21 players earning their World Cup qualifying debuts, already eclipsing the total from the full 16 games of the last cycle. Against Panama, two teenagers started for the USMNT in the third consecutive game – this time it was midfielder Yunus Musah (18) and defender George Bello (19).

FORTRESS COLUMBUS: The USMNT has a long, storied history in the Ohio capital, as Columbus has played 12 games, including 10 World Cup qualifiers since 2000. The US set a 7-1-2 record in C-Bus during qualifiers, with highlight four “Dos a Cero” triumphs over Mexico. The seven qualifying wins in Columbus are the most by the USMNT in any city. Wednesday night marks the US’s first game at the newly opened Lower.com Field and is the first game between the US and Costa Rica in the city since the USMNT’s first World Cup qualifier in Columbus, a 0-0 tie on October 11. 2000 .

Head Coach Gregg Berhalter was a sporting director and head coach of the Columbus Crew for five seasons before joining US Soccer in December 2018. .

COSTA RICA COMES FIRST WIN: Costa Rica comes in fifth in the octagonal standings in Wednesday’s game with six points from the first five games. the Ticos come off their first win in World Cup qualifiers – a 2-1 home win vs. El Salvador on Sunday. Despite an early deficit, Costa Rica rallied after halftime with a goal from Bryan Ruiz and a penalty converted by Celso Borges. The win marked Costa Rica’s first game with more than one goal in World Cup qualifiers, as the Ticos scored just three times in five games. In the first game of the October window, Costa Rica Honduras drew 0-0 against San Pedro Sula.

THE OCTAGON: Teams qualify for the World Cup through their regional confederations, and the USMNT must take on the gauntlet of Concacaf (North America, Central America and the Caribbean) to reach Qatar 2022. For the first time, eight teams will participate in the final round of the World Cup Qualifiers for Concacaf from September to March. The countries play a round-robin of 14 matches, home and away against each of the other seven teams.

Due to the global COVID-19 pandemic, the World Cup qualifying schedule has been shortened from 18 months to seven. To comply with the new schedule, the USMNT will have to play three games during four of the five international windows instead of the usual two games.

FORWARD/SOLO PA’LANTE ONLY: US Soccer starts World Cup qualifiers with the launch of “Only Forward” / “Solo Pa’lante,” The USMNT’s creative campaign aimed to unite fans and the team in a collective journey to qualify for the 2022 FIFA World Cup in Qatar.

Developed in collaboration with the players, coaches and staff, “Only Forward / Solo Pa’lante” highlights a young, diverse and globally minded men’s national team that is humble but resilient to take on the challenge of World Cup qualifiers over the next eight months. As the USMNT continues to gain valuable experience en route to Qatar, it is ready to show the world that they are willing to change the way the world views American football.

Notre Dame offers free football tickets to those who get vaccinated