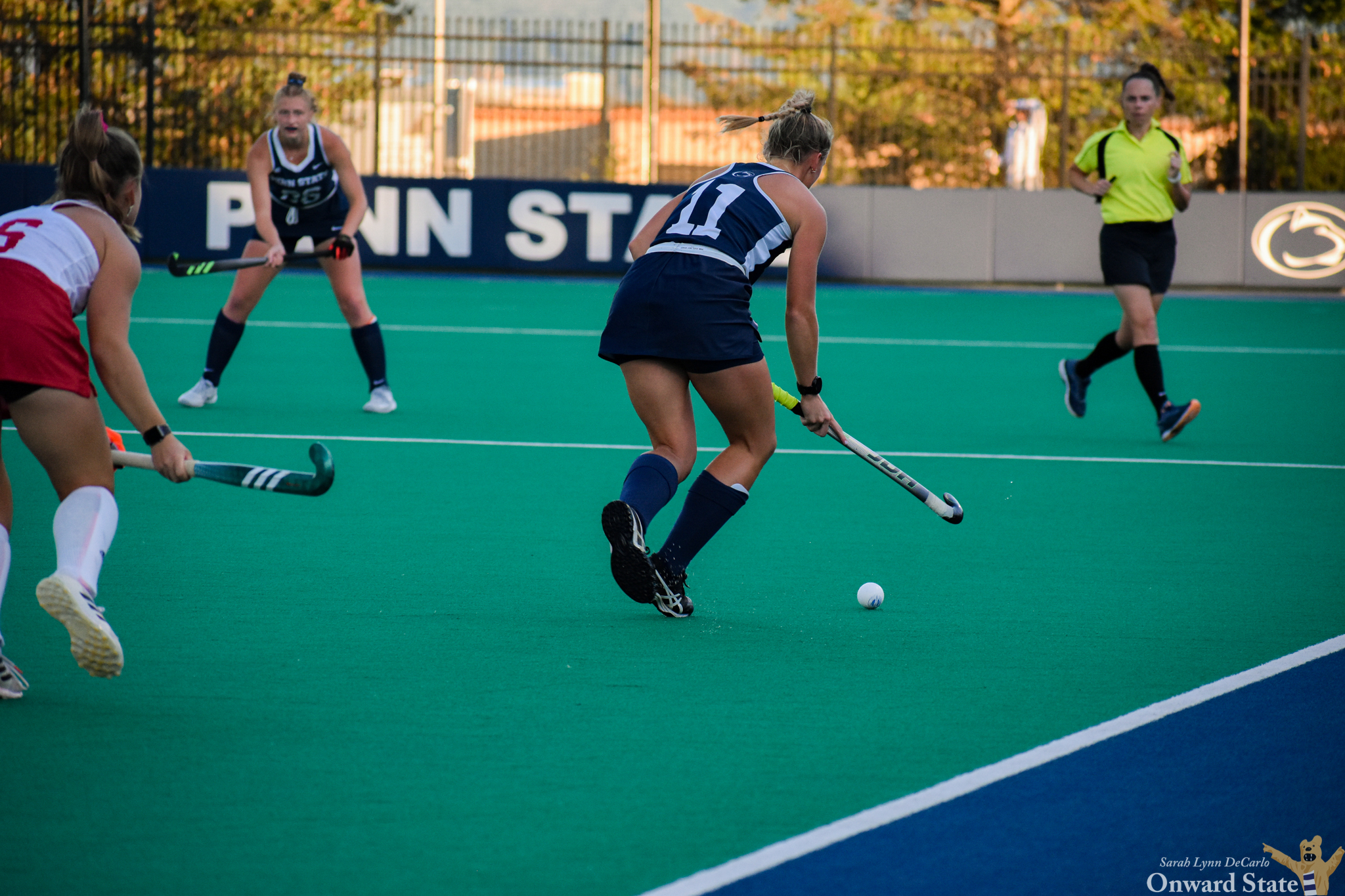 The offense was the highlight of the weekend, with Penn State beating opponents 5-0 and allowing just one shot on target on Sunday.

At the start of the game, the attack was slow on both sides of the field. Both Penn State and Ohio State struggled to find the net.

At the end of the first, Penn State was awarded the first penalty corner, but nothing came of it. Less than two minutes later, Sophia Gladieux scored with some help from Anna Simon to make it 1-0. This score remained until halftime.

There was not much action from either team in the third quarter. However, the Nittany Lions really started to heat up in the fourth.

Gladieux, assisted by Jemma Punch, struck again at 12:17 to make it 2-0. This offensive drive continued as Penn State’s Bree Bednarski scored at 6:24 and Mackenzie Allessie scored again for the Nittany Lions with just five seconds left.

The Nittany Lions were very efficient with shots going 4-for-9 while allowing the Buckeyes only one shot in the shutout win.

Penn State then closed the game, leaving Columbus with a 4-0 win.

Unlike Friday’s game, Sunday’s game was eventful from the start. Even though no goals were scored, there were a total of eight and five shots on target and five penalty corners respectively in the first fifteen minutes. Kelsey Love also earned a green card.

The second quarter brought more intensity from both teams. Penn State struggled with two penalty corners and one shot on target, but the score remained 0-0 en route to halftime.

The fourth quarter was again the pinnacle of action in this match as Anna Simon scored her 11th goal at 11:53, assisted by Mackenzie Allessie, to make it 1-0.

Brie Barraco ended the game with a save in the final five minutes, and the final minutes of the game went scoreless, giving the Nittany Lions the 1-0 win.

Player of the weekend:

In another great performance on Friday by the sophomores, she scored two goals and was a force in defense. Gladieux has scored 15 goals this season alone. In addition, she impressed with more than half of Penn State’s shots on Sunday.

The Nittany Lions close their regular season schedule on Friday, October 29 at 6 p.m. in a home game against Michigan.

Mara is a freshman majoring in English and Media Studies. She loves all things sports and all things peanut butter. Usually you will find her obsessed with country music. Feel free to reach her on Twitter @MckeonMara and for more formal matters her email is [email protected]

Amnesty International will close its offices in Hong Kong