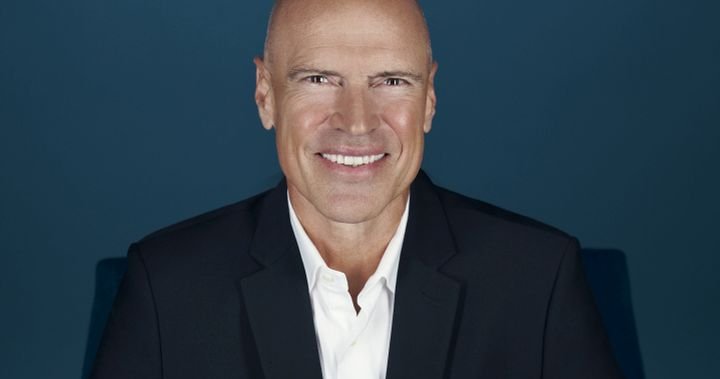 Mark Messier calling No one wins alone his memoirs. But it really is the hockey icon’s recipe for success, on and off the ice.

And given Messier’s resume, it’s no surprise that he wrote the book about winning.

Messier, known as the Moose, won six Stanley Cups, as well as the Hart Memorial Trophy (twice), Ted Lindsay Award (twice), Lester Patrick Trophy and the Conn Smythe Trophy in a glittering professional career that spanned from 1978 to 2004.

He captained the Edmonton Oilers, New York Rangers and Vancouver Canucks, finishing his NHL career with 694 goals, 1,193 assists and 1,887 points in 1,756 games to finish third on the all-time scorer list behind former teammate Wayne Gretzky (2,857 ) and Jaromir Jagr (1921).

“Like Gordie Howe, Messier is credited as the most complete player of his generation,” reads his Hockey Hall of Fame biography.

The Mark Messier NHL Leadership Award, presented since 2006-07, is presented “to the player who exemplifies great leadership skills for his team, on and off the ice during the regular season.”

The book focuses on Messier’s hockey career and not much more. That was a conscious effort where Messier acknowledged seeing books like Pat Riley’s The Winner Inside: A Life Plan for Team Players and Phil Jackson’s Eleven rings: the soul of success as models that “a lot of different people could read it and get something out of it.”

“I was lucky enough to play in some great teams with some great people,” he said.

“One of the last things we came up with was the name (of the book),” he added. “And I didn’t want to settle for any name. I wanted the name to really reflect what the book was about. I think No one wins alone actually says everything. it’s all about the people.

“I thought I played hockey for 26 years and what I realized when I retired was that I wasn’t in the hockey business, I was in the people business.”

While Messier is open to his interest in indigenous cultures, spirituality, travel, and even an unintentional experiment with magic mushrooms, he offers little about his private life – although there is a brief reference to his much-discussed time with Madonna. “Interesting woman, but we only went out once,” he writes

“I don’t know if my personal life was that interesting,” he said with a chuckle in an interview.

But he’s much more candid about his hockey relationships, from teammates to coaches — about what worked and why.

“I didn’t want to be critical of anything or anyone,” he explained. “I wanted it to be a positive talk about teamwork and leadership. And so trying to thread that needle and hopefully writing it so it’s entertaining and a large group of people can enjoy it was what I was worried about.

For the most part, he delivers. It is easy to read and is interesting for both the hockey and business world.

“I think the great thing about sport in general is that it gives you life lessons that you can take for the rest of your life – whatever the level, whatever team sport – the dedication, the
responsibility, the work ethic, the discipline, the mindset to lay your head down and do it can serve anyone well after retirement or in business or whatever,” he said.

Messier attributes his work ethic to his family, noting that his father Doug combined hockey, university and a teaching job after a stint with the Nottingham Panthers in England. Such a drive did not go unnoticed.

“It was hard to make excuses because I didn’t have enough time to get things done with a man whose days seemed to be 25 hours.” Messier writes.

He also points to childhood family trips from Edmonton to a vacation home in Oregon, with seven family members and an 80-pound sheepdog Tootie packed in an Oldsmobile Vista Cruiser station wagon. The lessons learned during such a journey stuck with Messier.

“As a leader, you learn to accept and appreciate that each of your teammates can react differently to the same situation,” he writes. “With that knowledge, you can resolve all conflicts that arise from a place of understanding.”

He also distinguishes between inspiration and motivation, saying, “If you create a great workplace where people are inspired by a shared purpose and purpose, they will motivate themselves.”

He preaches respect, for teammates, coaches, doctors and trainers and others in the organization.

“What you do off the ice is all about respect and it helps build a team,” he writes. “You have to recognize that you are all one entity and pull on the same belt to achieve the goal of winning.”

Messier says he was always curious about ways to improve body and mind and was willing to ask questions when he failed, seeing it as an “opportunity to get to know yourself.”

“And of course I played with great players,” he said. “I played with the greatest player of all time for twelve years. It was enlightening for me to see how he prepared and the amount of time he spent in the game away from the game, focusing on the game, preparing for the game, focused on the game, and then I just had to find my own way and what worked best for me.”

Now 60, Messier is a studio analyst for ESPN’s hockey coverage. He has also campaigned long and hard for the Kingsbridge National Ice Center to occupy the Kingsbridge Armory space in the Bronx, in an effort to provide New Yorkers with more surfaces of ice.

“The same things apply,” he said. “You have to find a way to work with people and maximize the potential.”

No one wins alone comes out Tuesday.

Messier will appear on 630 CHEDs CHED Mornings with Daryl McIntyre on Thursday 28 Oct. at 7:05 am