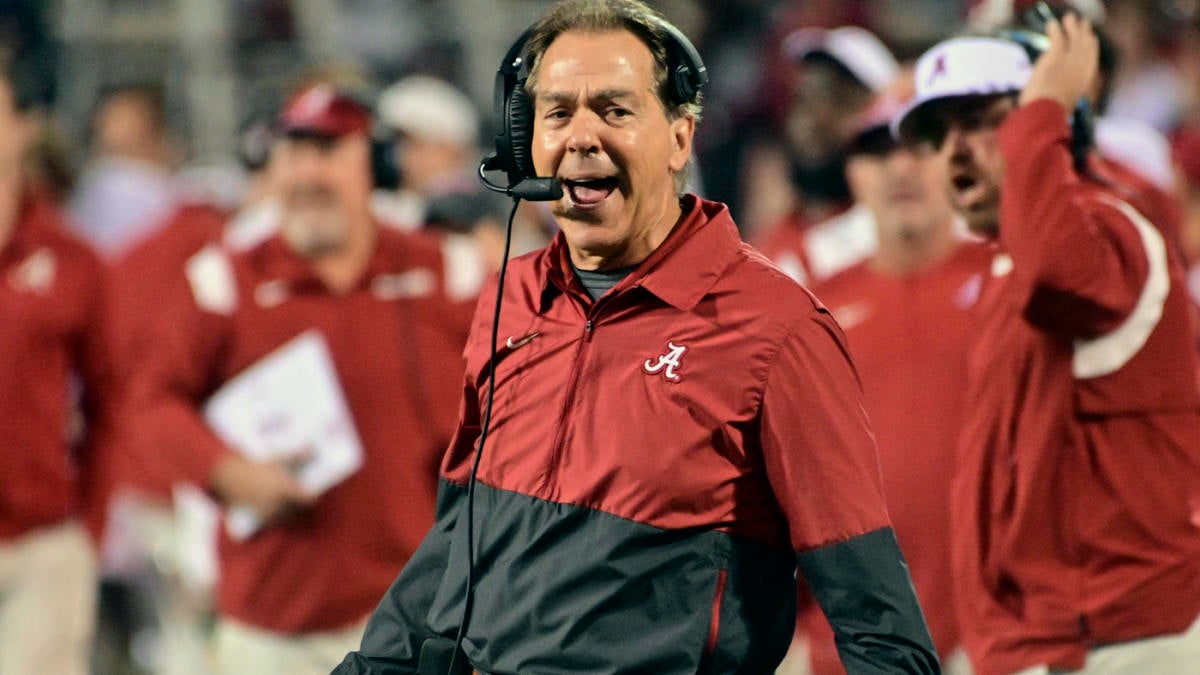 The first edition of the College Football Playoff Ranking was unveiled Tuesday night and it was arguably one of the hardest versions to predict. To no one’s surprise, Georgia fell in the No. 1 spot, while Alabama, Michigan State and Oregon—which sit one spot ahead of No. 5 Ohio State, proving that head-to-head results matter—rounded out the top four.

Cincinnati became the highest-ranked Group of Five team in CFP history at number 6, which will no doubt be a big target for the remainder of the season. But the fact that they are four places behind their AP Top 25 placement is definitely not going to sit well with the Bearcats

So where did the committee miss the mark? Here are the overrated and underrated teams in the first College Football Playoff Ranking of the 2021 season.

So… we’re back on the eye test, aren’t we? Look, Alabama may be the second best team in the nation based on talent, but resume and results matter. Well, at least they should.

The truth is, Alabama’s two top-25 wins over Mississippi State and Ole Miss are solid, but the loss to number 14 Texas A&M should negate at least one of those. The Tide narrowly escaped the clutches of a very mediocre Florida squad and went into the fourth quarter against Tennessee with just one score.

Michigan State just knocked out the seventh team in the nation (Michigan) and has looked like a complete team all year. Oregon has a top-five win over Ohio state on the books. Yes, the Pac-12 is terrible, but a road win against a top five team should be more important than the committee suggests.

Alabama is No. 2 for its brand. It could become the second best team in the country in a month and still win the national title. But it doesn’t deserve to be there straight away.

No team outside of Georgia has proven to be a complete football team. Still, it looks like the Sooners aren’t getting any love because of style points, despite coach Lincoln Riley fixing the glitch. Well, at least one of them.

Caleb Williams has replaced Spencer Rattler – the preseason favorite to win the Heisman Trophy – after Rattler’s inconsistencies at the start of the season. Williams has provided a spark and the Sooners look a lot more like a playoff team now than they did in September. If September’s style points matter, great. But Oklahoma has tackled an urgent problem, solved it, and did so without loss. Last I checked, gains and losses would matter, especially if you put Oklahoma’s in context.

Head-to-head results clearly matter as Wisconsin is above Iowa, but one of those teams — or Minnesota — should even be considered. Not at this moment. Iowa’s offensive flaws are irreparable, Wisconsin has three losses and Minnesota lost to Bowling Green. These three are in while UTSA, Houston, SMU, Louisiana and Coastal Carolina are not? New. There isn’t a sales job in the world that would make me buy that kind of crap.

It’s almost as if… and listen to me… the committee is trying to support the Big Ten as much as possible so that one of its powers can find its way in. Just a thought.

The Roadrunners are 8-0 and ranked No. 16 by the AP Top and No. 18 by the Coaches Poll. Why? The immaculate record, for example, but also the recognition of a program that deserves at least a small spotlight. No, other than the win on the road in Memphis, there’s no reason to be impressed with the schedule.

But why does it matter? There is no realistic scenario that would lead UTSA to make it to the CFP, and only the strangest of landscapes would lead it to get the group of five in the New Year’s Six. Committee members aren’t supposed to look ahead and rank teams based on what they’ve already accomplished. However, they are still humans. They know what kind of history — or lack thereof — UTSA has as a program.

Give the Road Runners a little credit, even if you don’t really mean it. An unfair “bless your heart” is all I ask. UTSA can (and could) use this season’s success as a recruiting tool, and a top-25 ranking is something it deserves.