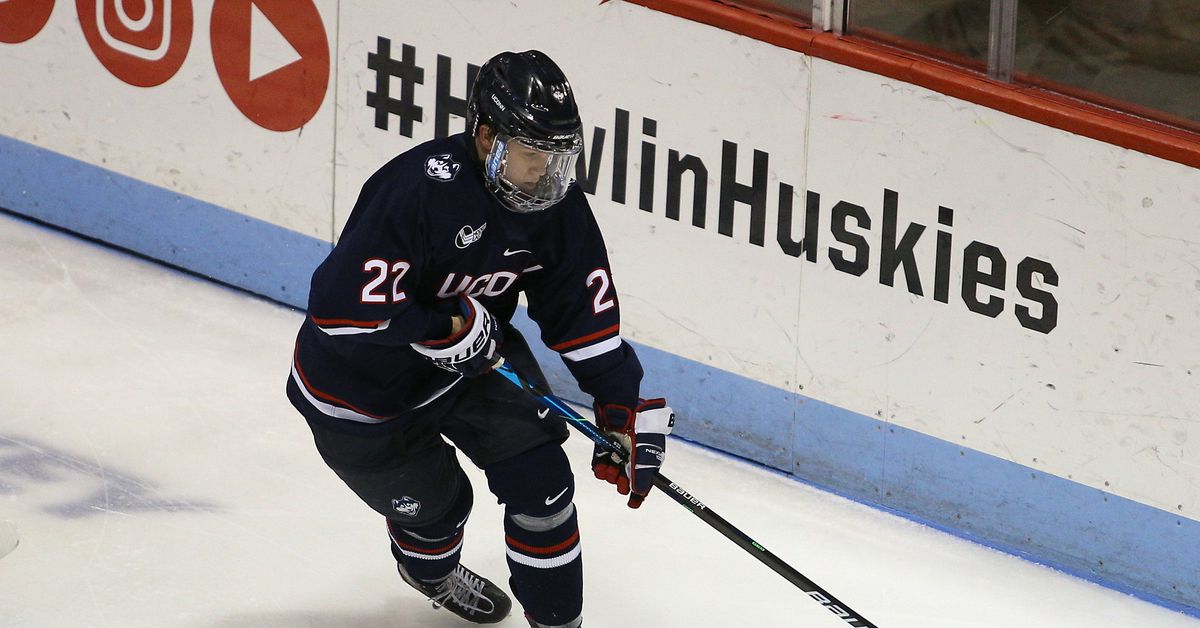 UConn mens hockeys losing streak is now fourth after the Huskies fell to the No. 15 UMass Lowell River Hawks on the road, 3-0. Despite holding a 34-24 advantage in shots on target, the Huskies couldn’t beat opposing goalkeeper Owen Savory.

After two bouts of scoreless hockey, UMass Lowell finally broke through early in the third inning. UConns Hudson Schandor made a foul pass inside his own blue line and gave the puck to River Hawks Carl Berglund. He handed it to Andre Lee, who guided it past Darion Hanson to put the hosts at 1-0.

Lee doubled UMass Lowells’ lead with 3:43 on an impressive individual play in which he defeated UConn defender Roman Kinal and then slashed past Hanson. The River Hawks added an empty netter to end the game at 3-0.

The Huskies won the first face-off and put UMass Lowell in their own zone by dominating possession for the first few minutes of the game. That quickly changed when Harrison Rees went to the box for the cut, giving the hosts the first power play of the day.

While UConn killed the penalty without giving up dangerous chances, the team struggled to find their way back into the game. The Huskies got their first advantage of the day just over a minute after Rees’ penalty expired, although the power play was quickly wiped out by a hook from John Spetz.

Once again, UConn’s penalty kill came out strong and Ryan Tverberg even had a brief breakout, but after the game was just as strong, UMass Lowell kept up the pressure.

The Huskies struggled to create an offensive until the end of the first period. Jonny Evans appeared to give UConn the lead after a rebound from an attempt by Rees, but the goal was disallowed due to a high stick from Marc Gatcomb.

Gatcomb then went into the penalty area for hitting a deficit that put the River Hawks in power play with eight seconds left in the first quarter. The hosts got the puck in front of the door twice, but were denied both times. Tverberg was released on his second shorthanded break of the day, but again failed to finish.

Neither team generated any Class A chances in the second period, save for a backdoor chance that Hanson dismissed with an acrobatic save.

After Lee gave UMass Lowell a 1-0 lead in the third, Savory made sure it stayed that way. Ryan Tverberg grabbed a rebound and fired into an open net, only for Savory to deny it with an extended, cross-crease stick save. While UConn kept the River Hawks under pressure, it had no dangerous scoring opportunities.

With the loss, the Huskies fall back to 6-6-0 in the season and 4-4-0 in Hockey East play. They will try to get back in the victory column as they face UMass Lowell at the XL Center at 3:35pm. CW20 broadcasts the action from Hartford.

Indian farmers faced Modi and won. What is happening now?