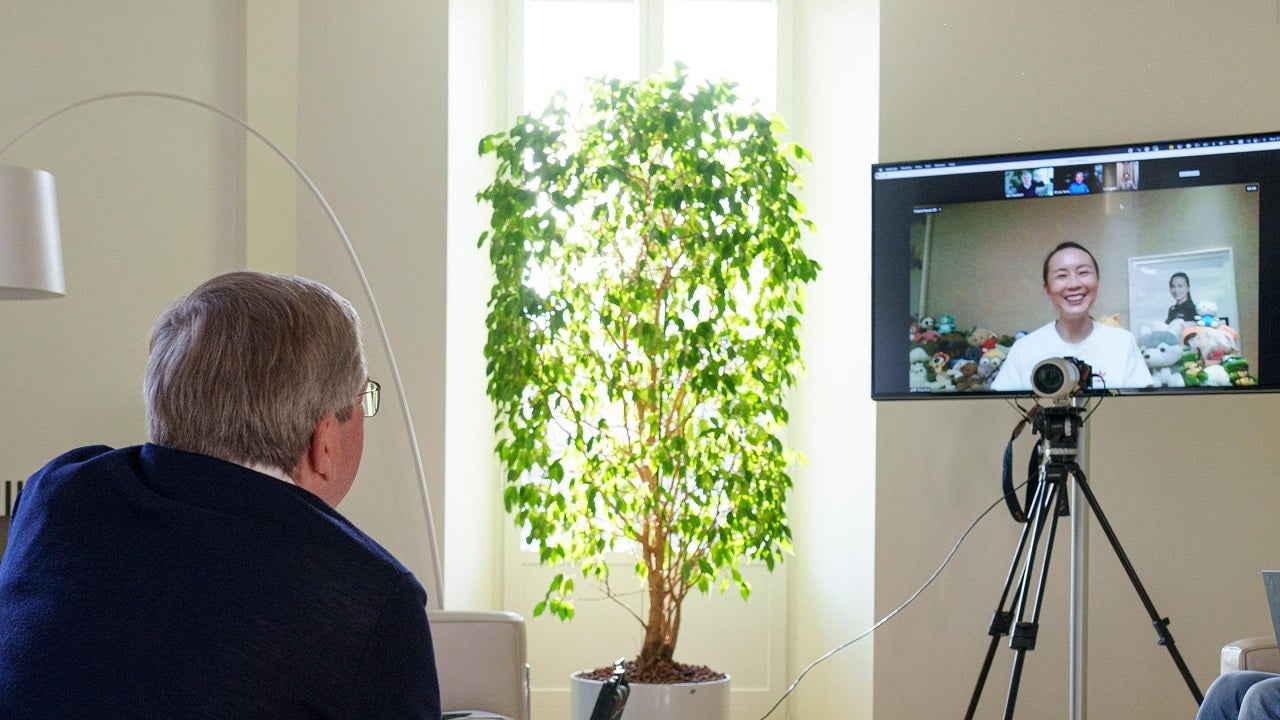 The International Olympic Committee (IOC) said on Sunday that the organization’s leadership has a 30–minute conversation with Chinese tennis star Peng Shuai.

Peng, 35, wrote a post on Weibo, a Chinese social media platform, in which she claimed to have suffered sexual abuse at the hands of former China Deputy Prime Minister Zhang Gaoli. Peng claimed that Zhang, 75, forced her to have sex despite repeated refusals after a game of tennis three years ago.

The post was quickly removed and Peng disappeared from social media and public view for two weeks. Tennis players and officials, led by Steve Simon, CEO of the Womens Tennis Association (WTA), are demanding a full investigation into Pengs’ claims and guarantees of her safety and well-being.

Beijing has released videos and photos of Peng making limited public appearances in recent days, culminating in: a conversation on sunday between Peng, IOC President Thomas Bach, IOC Athlete Commission President Emma Terho and IOC Member in China Li Lingwei. This would be the first visual contact between Peng and a foreign entity since her initial allegations and disappearance.

Peng thanked the committee for its concern, explaining that she is “safe and sound” at her home in Beijing and that her privacy would be respected.

Terho said the committee was “relieved” to see that Peng was okay and “seemed relaxed.”

“I offered her our support and to keep in touch whenever it suited her, which she clearly appreciated,” Terho said.

The disappearance of Peng Shuai may be part of President Xi Jinping’s cultural performance.
(Getty images)

Bach invited Peng to dine with him when he visits Beijing in January, which she accepted.

The IOC has been criticized for largely remaining silent as US tennis officials took a firm stance against Beijing: Simon threatened to pull all WTA tournaments from China while the IOC engaged in what it called “silent diplomacywith the host country of the 2022 Olympics, Newsweek reported.

BLACKBURN SAYS IT’S UNSAFE FOR US ATHLETES TO GO TO THE BEIJING OLYMPIC SPECIFICATIONS: YOU’LL DISAPPEAR

The IOC referred all questions to its statement, and the WTA told Fox News “It was good to see Peng Shuai,” but that it did not address or alleviate the WTA’s concerns.

FILE – WTA Chief Executive Officer Steve Simon smiles during a retirement ceremony for Martina Hingis in Singapore on Oct. 29, 2017. An email from a Chinese professional tennis player posted to Twitter by a Chinese state media outlet has raised concerns for her safety. the sport’s biggest stars and others abroad are asking for information about her well-being and whereabouts. Simon, the president and CEO of the Women’s Tennis Association, questioned the authenticity of the email sent to him, in which Grand Slam doubles champion Peng Shuai says she is safe and that the assault allegation is not true. (AP Photo/Yong Teck Lim, File)

The WTA stressed the need for Peng to speak “without censorship or coercion” and stressed that Beijing has not heeded the organization’s call for “a full, fair and transparent investigation, without censorship” into Peng’s allegation of sexual assault.

Simon has threatened to scrap the 12 or so WTA tournaments held in China each year if Beijing doesn’t agree to a formal, independent inquiry into Pengs’ allegations, even though the move would hurt tennis itself.

But Beijing continues to insist it is “unaware” of Pengs’ situation. Ministry spokesman Zhao Lijian told reporters on Friday that the case was “not a diplomatic matter, and I am not aware of the situation,” a position he took when a reporter asks about Peng.