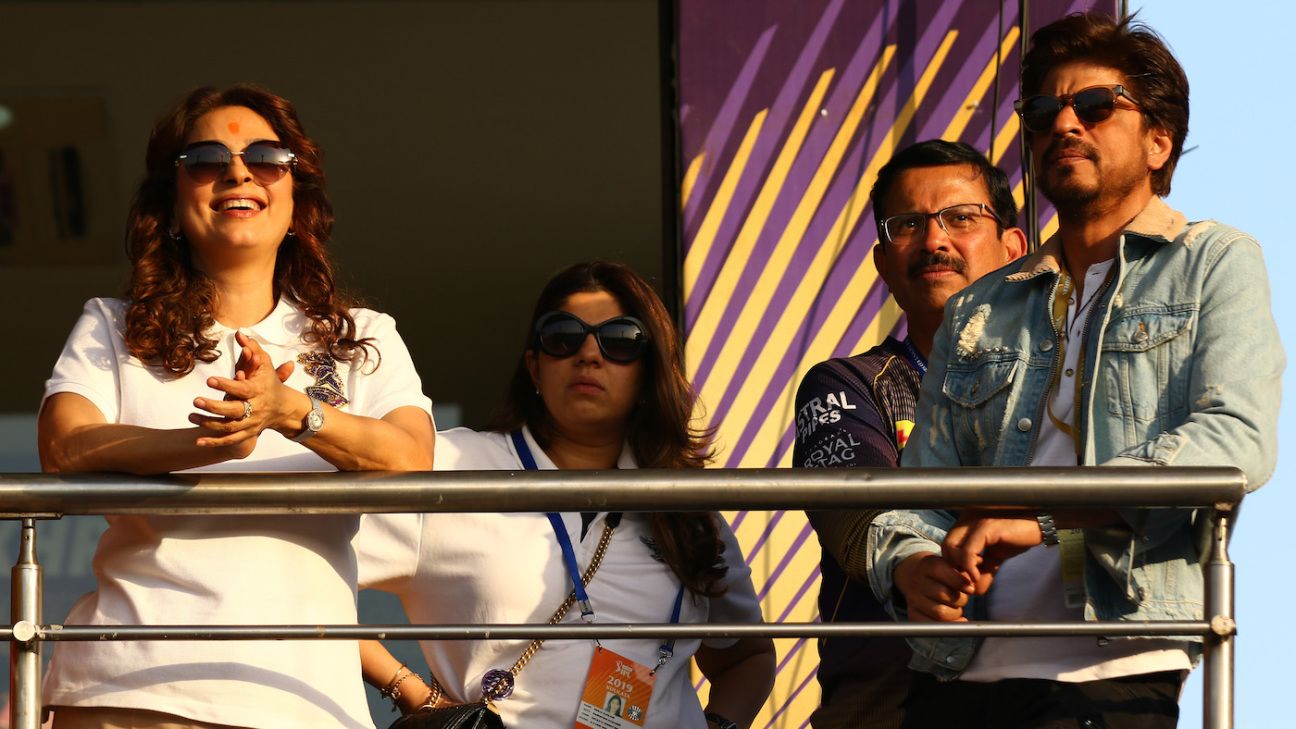 The Glazer family, owners of Manchester United, will also make their first foray into cricket

The owners of the Knight Riders franchise, the Mumbai Indians team and the English football club Manchester United – the Glazer family – will be announced as franchisees in a new T20 league to be based in the UAE in the coming days.

The six-team competition has been approved by the Emirates Cricket Board (ECB) and aims to make room for itself in the period January-February, although the first edition in 2022 is likely to be played in February-March.

The competition – the Premier League T20 – was announced in August this year, although details of who could potentially be involved were in an early stage at the time.

Now, however, according to an official involved in planning the competition, talks with the six owners are in varying – but largely advanced – stages. Of those, the official said the owners of Knight Riders are “on board” while Reliance Industries, which owns Mumbai Indians, are conducting their own final due diligence, although terms and conditions have been finalized. “We just need a formal handshake” [with Mumbai Indians’ owners] to make it final now,” the official told ESPNcricinfo.

Other franchisees include Capri Global, which recently made an offer for an IPL franchise, the Sydney Sixers of the Big Bash League and Kiran Kumar Grandhi, co-owner of Delhi Capitals.

“Contracts have been exchanged with all six and discussions are at an advanced stage,” the official said. “Financial conditions are in place. The details are in most cases discussed with lawyers, advisers and so on.”

The IPL impact could have been heavier. The owners of Chennai Super Kings were involved in the first discussions around the competition, which started a few years ago. Sundar Raman, former chief operating officer of the IPL and currently advisor to the Super Kings, was also part of the early strategy shaping around the league.

However, it will provide a first real dive into cricket for the Glazer family. The owners of Manchester United were also among the unsuccessful bidders for one of the two new IPL franchises.

In its current format, the competition will have a double round-robin format with a knockout phase: a total of 34 matches, four of which will be part of a knockout phase with qualifications, an eliminator and a final. At this point, no decision has been made as to whether players will be brought in via a draft system or an auction, but once announcements are made and plans finalized, consensus is expected to be forthcoming.

Although the ECB has sanctioned the competition, the competition is led by a team led by the Council’s Vice-President Khalid al Zarooni, the Council’s General Secretary Mubashir Usmani and Subhan Ahmed, who is an adviser to the Council and previously a senior and old PCB officer. They will oversee an operations team likely to include former IMG officials.

This isn’t the first time a UAE-based T20 competition has come close. The Emirates T20x would feature some of the world’s leading players, including AB de Villiers and Andre Russell, and was set to launch in December 2018. But it was canceled a month earlier after only two of the five planned franchises found buyers.

However, with IPL franchises in the mix now, the PLT20 seems to have taken on a more tangible form. That involvement will also bring the prospect of improved financial standing, with a target salary cap of “not less than USD $1.5 million,” the official said. That, along with the UAE’s attractiveness as a sports destination and its proximity to the scheduled window on the calendar, will raise the eyebrows of the PSL.

The seventh edition of the PSL, in 2022, has been moved to a January start and will run through the third week of February due to Australia’s visit to Pakistan’s home season. Usually the tournament starts in February and runs until March; it is not inconceivable that at some point a direct confrontation will ensue, as the PLT20 takes off, with both leagues competing for a similar set of foreign players.

The official believes the official announcements from the franchise owners will come out in the coming week; a broadcaster is expected to be announced within a similar time frame.