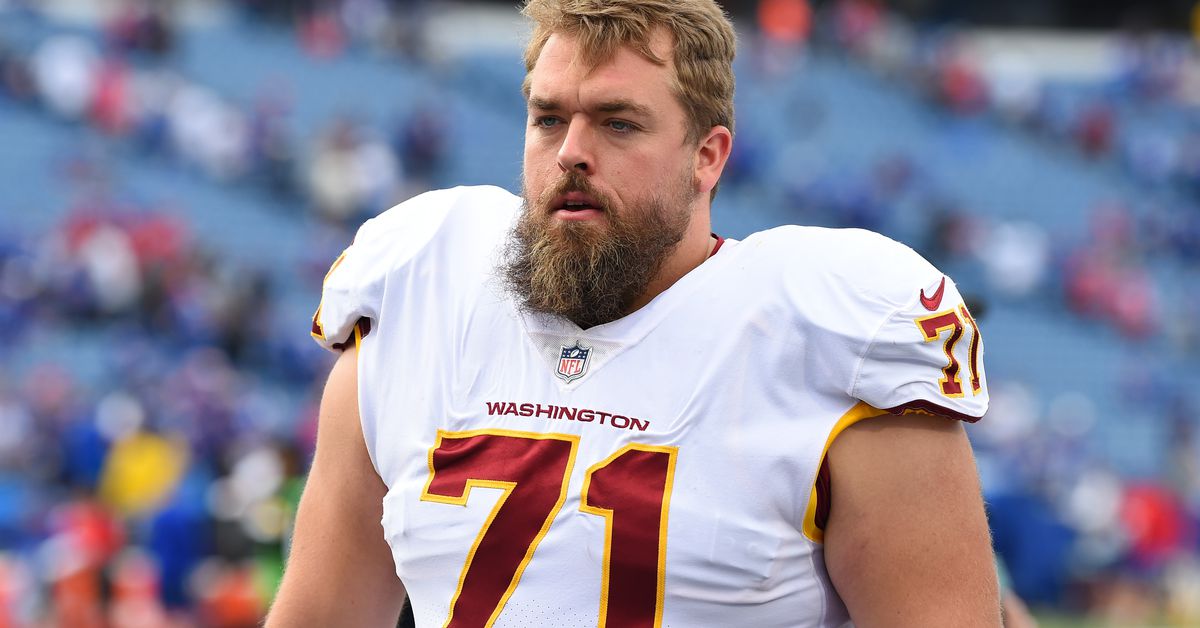 Another week, another win! Boy, this feels good!

Surprisingly, this was another complete win for the Washington Football Team. Offense, defense and special teams all came together in Carolina for Ron Riveras’ homecoming, spoiling the return of Cam Newton, who just returned to the NFL and the former team that drafted him, less than two weeks ago.

What we once thought was a lost season has taken a hard right turn and the football team is now only a few wins away from its own destiny.

Below are my Studs and Duds of the game, followed by some comments.

Washington’s line of attack – This unit has been plagued with injuries in the first 10 games, but the next man mentality has become apparent lately.

In the afternoon, the unit paved the way for 190 meters on the ground, leaving Heinicke a lot of time in the bag to find open guys in the field.

A special shout-out goes to veteran Wes Schweitzer, who took over in the middle when starter Tyler Larsen left with an injury. Schweitzer has been a rock this season when he was asked to fill in for injured starters, and his play on Sunday was great given the situation he found himself in.

It’s time to back up the Brinks truck for the captain!

Taylor Heinicke – Yesterday’s game was a perfect example of Taylor playing to himself and taking what the Panthers defense gave him. He didn’t force balls into cover, played very well in the pocket – stepped into his throws instead of throwing his back foot, and showed his wheels when running lanes opened.

He was an incredibly efficient 16-22 for 203 yards and three touchdowns; and more importantly, he didn’t turn the football around.

Kam Curli – Washington’s strong security came out big on defense Sunday. No one was bigger than his fourth stop from McCaffrey in the closing minutes of the game. He led The Football Team with seven solo tackles (eight in total), showed good coverage (many against McCaffrey), solid open-field tackles and a keen awareness from his safe spot.

Daron Payne – Despite a stupid recent blow that drew a personal foul, Payne was Washington’s most dominant defensive lineman Sunday. He was credited with four total tackles, a half sack, two quarterback hits and multiple afternoon hits.

Turner showed his willingness to stick with the run against Carolina — and it paid off in a major way, good for 190 rushing yards. He also did a great job of meeting his quarterback’s strengths.

Del Rio has his defense at an extremely high level coming off the teams bye week, and it’s something fans had hoped to see from the first week of jumping.

The decision to Punt – This is a bit selfish of me, but I would have liked Ron to give Joey Slye a shot at the long field goal instead of punting when we got into the plus area just inside the Panthers 40.

I know – I really come here…

– A fumble in the Red Zone and forced out of bounds while the game was evenly balanced would normally land you on my Duds list, but Antonio Gibson showed toughness, determination and grit after his early fumble, with 95 yards at 19 carries — many of those that came in the second half as Washington began to press their foot on the Panthers’ throats.

I’m not saying the clunky problems aren’t a concern – indeed they are; but Gibby came back into play after his benching and ran like mad.

– Troy Apke has done pretty much nothing all season, but on Sunday he made his presence known at kick-return, jumping on a fumble from Carter, which could have been disastrous for Washington.

– Jonathan Allen may not have stuffed the stats, but he continues to do the little things that make this defense click. Early in the second quarter, he peeled back from his pass rush and made a tackle on a screen a few yards down the field. His plays like this may go unnoticed by some, but are essential to the success of this unit.

– Except for Mclaurin, no other wide receiver really filled the stats, but guys like Humphries, Sims and Carter got big when their numbers were called, including big first down catches to keep the chains moving and solid routes in the end zone respective touchdown receptions.

– Cole Holcomb struggled a bit in the coverage on Sunday, but he did make some plays when the game was on the line, including a stop by McCaffrey shortly before the first down marker on a third down attempt late in the game (the game for Curls fourth down stop).

– Landon Collins lost Christian McCaffrey on the seam for a touchdown, but that was a great call to one of the best athletes in the entire NFL. Cole Holcomb was also blamed for not hitting his drop deep enough to get under the route.

– Kendall Fuller has drastically improved his approach as the season has progressed. That good tackle was on display against the Panthers on Sunday.

– James Smith-Williams played well in the absence of Chase Young and Montez Sweat. He’s not a flashy player, but he has good gap integrity, keeps the attack point and is disciplined in his rush lanes for the most part.

– Joey Slye hasn’t missed a kick since he joined Washington. I know it’s only two games, but this is a big plus!

– Has anyone seen Matt Ioannidis lately??? I checked my milk cartons.

Jokowi calls for renewable energy transition to be calculated in detail