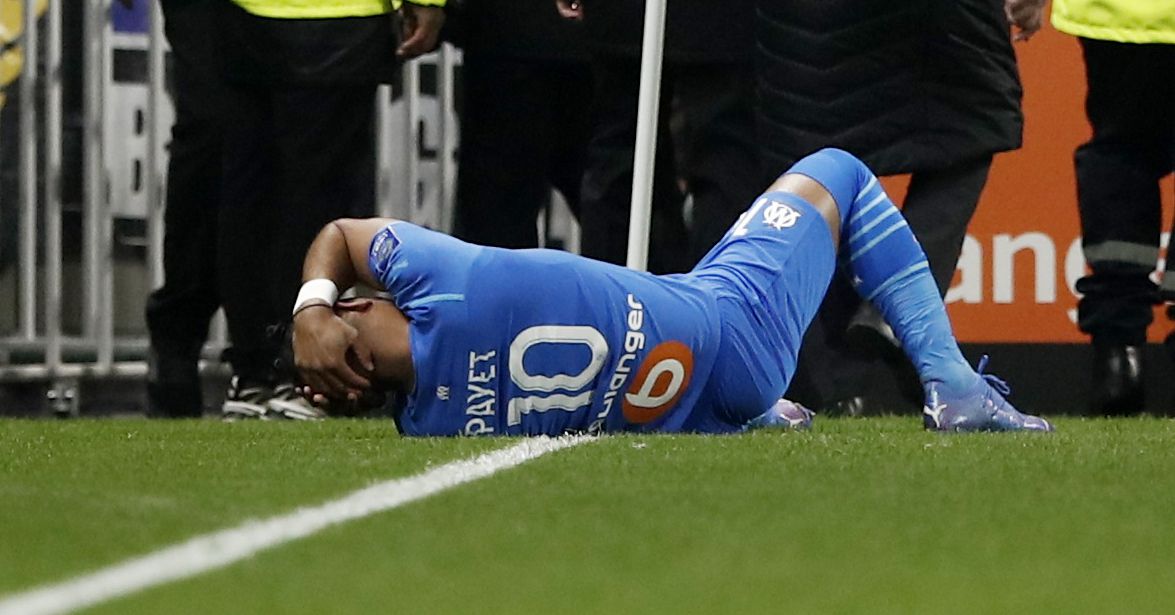 The French League (LFP) disciplinary committee said on Monday that Lyon would play its home matches in Ligue 1 behind closed doors until it rules on the incident on December 8 following an investigation.

The French “Olympico” was suspended for nearly two hours after being suspended when Marseille’s Dimitri Payet was hit by a bottle thrown from the stands of the Groupama stadium.

Referee Ruddy Buquet sent the players into the locker room after Payet fell to the ground as he prepared to take a corner.

Payet missed training on Monday and the French website RMC Sport reported that Marseille would file a complaint.

The stadium announcer initially said the match would resume, following a decision by Lyon’s local authorities.

This was criticized by the French League (LFP), which called for an emergency meeting of its disciplinary committee on Monday, which will see Lyon play home games without spectators, starting with next Wednesday’s game against Stade de Reims.

“They have to come to an agreement, this kind of problem has to be solved by the League,” Maracineanu told France Info radio on Monday.

The Interior Ministry added that the French federation and the LFP have been summoned to the meeting.

“Everyone must understand that the very survival of French football is at stake,” Maracineanu said.

Ligue 1 has been plagued by fan violence this season.

Nice got two points, one suspended, after serious incidents during their August match against Marseille, whose players clashed with home fans who pelted them with rockets and stormed the pitch. .

The northern derby between RC Lens and Lille was hit by crowd problems in September, with the start of the second half being delayed after rival fans threw objects at each other before people rushed onto the pitch, prompting riot police and stewards to intervene.

There are also problems with the public in Montpellier, Angers, Marseille and St. Etienne.

Maracineanu said the incidents posed a threat to the finances of French professional football.

“We cannot allow a broadcaster that has bought rights to have to keep the conversation moving for more than an hour like they did last night while we don’t know if the match will go ahead. It’s a world where millions of euros are at stake.” , she said.

“We have helped the football world during the health crisis to enable the return of fans to the stadiums, we cannot allow something like this to happen.”