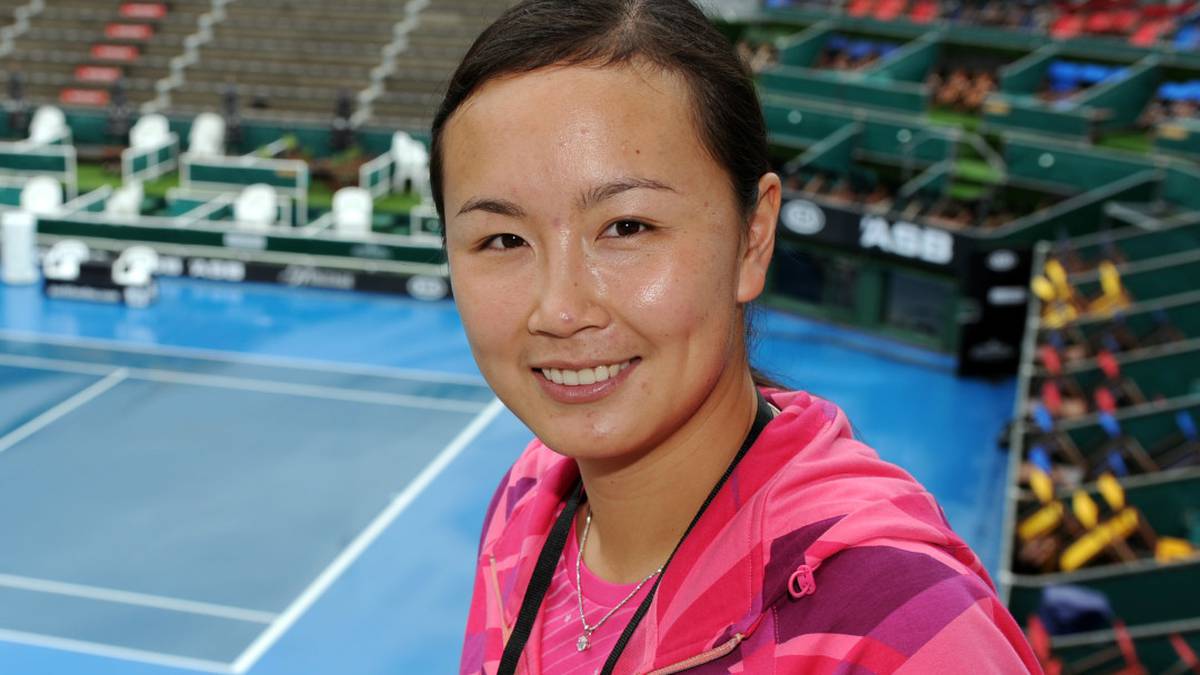 Chinese tennis player Peng Shuai has met with IOC officials in a video call after she disappeared from the public eye following an allegation of sexual assault she leveled on social media. Video / AP

A video call between the head of the International Olympic Committee and Chinese tennis player Peng Shuai, whose nearly three-week disappearance from the public sparked outrage, aimed to reassure the world that she was safe, but instead has more questions. raise.

Over the past week, concerns grew over the former No. 1-ranked doubles player who had not been seen since he accused a senior Chinese official of sexual assault on Nov. 2. Tennis stars and fans demanded to know both #WhereIsPengShuai and the head of the Women’s Tennis Association threatened to pull lucrative events out of China.

On Sunday, the IOC said Peng spoke with his president, Thomas Bach, and other officials in a 30-minute video call from Beijing. According to the organization’s statement, she assured them she was fine and thanked them for their concern while asking for privacy.

The IOC posted a photo of Bach facing a screen on which Peng appears, but has not released a video of the conversation. That same day, China Open posted videos and photos of her performance at a youth tennis tournament in Beijing that morning.

The IOC’s brief statement, which offered few details and failed to act on its allegations, seems unlikely to close the door on the Peng case and has sparked mounting criticism of the sports organization, which has already faced calls for a boycott of the Beijing Winter Olympics, which open on February 4.

Even after the statement was released on Sunday, the WTA echoed what chairman and CEO Steve Simon has been saying for more than a week, calling for a full, fair and transparent “no censorship” investigation.

The IOC has already been under pressure to go ahead with the Games amid allegations that China has committed human rights abuses against Uyghur Muslims, Tibetans and other minorities. China denies the allegations. “We strongly oppose any words and deeds that politicize sport in violation of the Olympic spirit,” Zhao Lijian, a spokesman for the foreign ministry, said Monday when asked about a possible boycott.

Some critics say the IOC’s handling of the talk with Peng makes it an active partner in getting Beijing’s message across, while not providing Peng with an open forum to discuss its allegations.

Yaqiu Wang, a spokeswoman for Human Rights Watch, tweeted that the IOC is “actively involved in the Chinese government’s enforced disappearance, coercion and propaganda machine”.

When asked about the criticism, the IOC said in a statement Monday that the main purpose of the call was to find out how Peng was doing and that she was “very clear in confirming she is safe and sound”.

She agreed to stay in touch with Olympic officials, including a dinner with Bach in Beijing in January and the body said it told her she could get in touch whenever “it sees fit”. It added that in order to respect Peng’s privacy, it would not comment further.

This is the second time this year that the IOC has been in the spotlight as it pushes through the Olympics: many wanted the body to call off the Summer Games in Tokyo amid concerns over the coronavirus pandemic. Critics note that the IOC has a strong interest in organizing the events, as it generates 91% of its revenue from sponsors and the sale of broadcast rights to the Games.

Peng is just one of many Chinese businessmen, activists and ordinary people who have disappeared in recent years after criticizing party figures or cracking down on corruption or pro-democracy and labor rights campaigns.

Although the ruling Communist Party is quick to dismiss any criticism, this time it became extra sensitive because it came from an athlete. State media celebrate athletes’ victories as proof that the party makes China strong and the party is careful not to use their fame and public appeal to tarnish its image.

The tennis star accused a former member of the Communist Party’s ruling Standing Committee, Zhang Gaoli, of sexual assault in a social media post that was quickly deleted.

She wrote in part: “I know that to you, Deputy Minister Zhang Gaoli, a person of high status and power, you have said that you are not afraid. With your intelligence you will surely deny it or you can even use it against me, you can reject it without worry. Even if I destroy myself, like throwing an egg against a rock, or a moth flying into a flame, I will still speak the truth about us.”

A search for her name Monday on Weibo, one of China’s leading social media platforms, yielded only a few posts, none referring to the assault charge or the questions about her whereabouts.

The WTA is the first sports organization to challenge China’s financial clout in what many see as a stark contrast to the IOC, which says its policy is “silent diplomacy”.

“The statements make the IOC complicit in the malicious propaganda of the Chinese authority and the lack of concern for basic human rights and justice,” Global Athlete, an athlete advocacy group, said in a statement.

“The IOC showed complete disregard for allegations of sexual assault and abuse of athletes,” the statement said. “By nonchalantly approaching Peng Shuai’s disappearance and refusing to name her serious allegations of sexual assault, IOC President Thomas Bach and the IOC Athletes’ Commission are demonstrating an abhorrent indifference to sexual violence and the wellbeing of female athletes.”