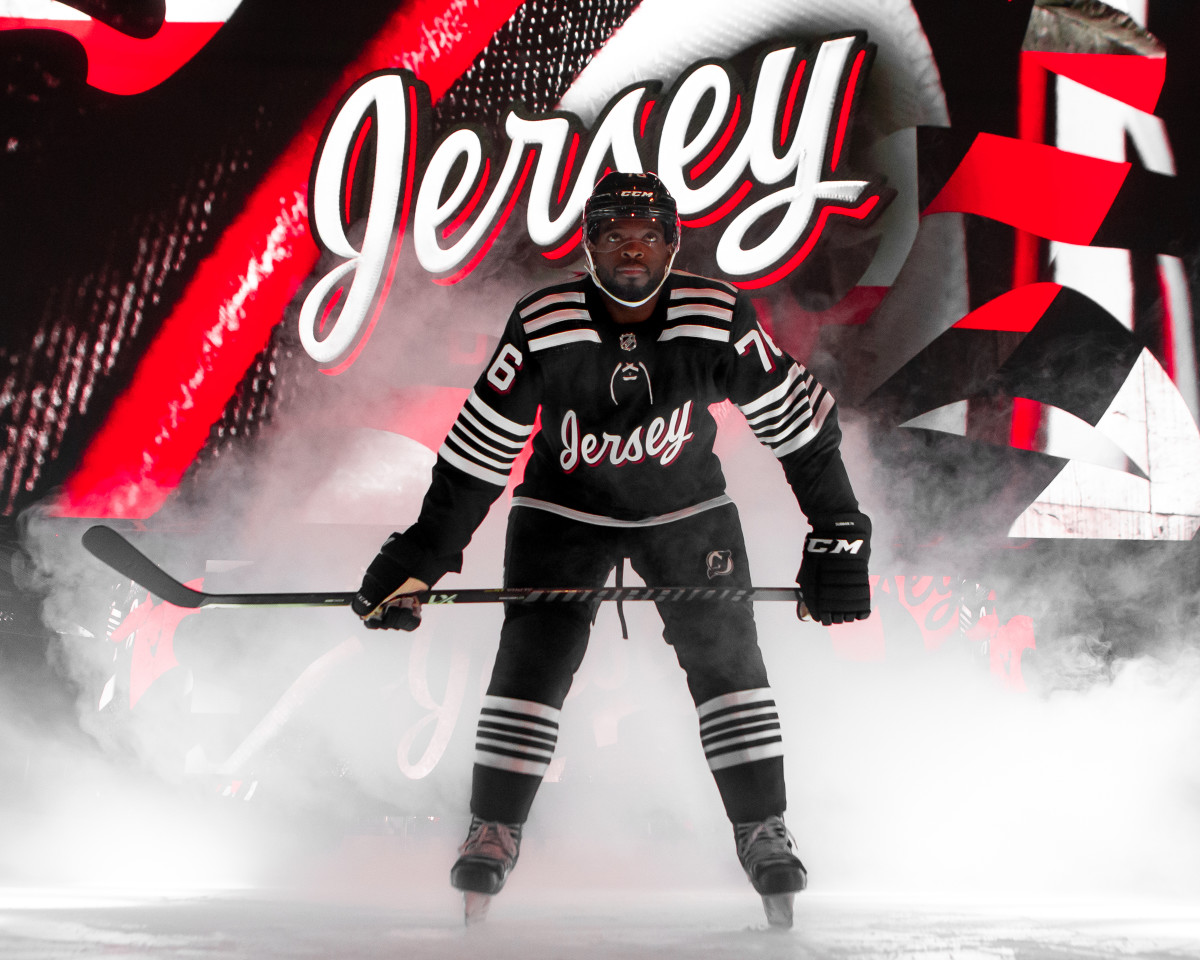 For the first time in nearly 40 years of existence, the New Jersey Devils have a third jersey — and if you have a problem with it, reach out to the man who led the design team: Hall of Fame icon Marty Brodeur.

The top-secret initiative started three years ago, and according to Devil’s senior VP of marketing Jillian Frechette (who was also part of the design team with Brodeur), only a handful of people knew about the project in the early months. But they did have some clues about where the fans wanted the team to go.

“We knew from the start that we would be leaning in black, so that was easy,” Frechette said. “If you looked on social media, there was an intensity and a need among Devils fans, so this was very fan-centric.”

The centerpiece of the jersey is, of course, the word “Jersey,” and there was a meaning behind it: According to Frechette, the locals don’t say they’re from New Jersey, they say they’re from Jersey — and it was something Brodeur heard over and over. during his long career in the state. The new design is also an appeal to the franchise, as the only major professional sports team to play in the state but also represent the state, unlike a number of other sports franchises, Devils playfully refer to it as “squatters” who play and practice in the Garden. State, but wear ‘New York’ on their uniform.

“It’s a place of honor,” Frechette said. “We live and play in Jersey.”

And in addition to the bold wordmark, there is history in the design. The striping is inspired by early state professional hockey teams, including the Newark Bulldogs, River Vale Skeeters, and Jersey Larks. And specifically, the 21 stripes represent the 21 counties of the state.

While the Devils have worn throwbacks before (plus the Reverse Retro Adidas sweater), they’ve never had a third jersey and the team knew it was time. Detroit was the only other NHL franchise without a third.

“Aside from a fourth Stanley Cup banner, this was the second question I got from fans,” said team president Jake Reynolds. “Expectation for this bubbled up. We are modernizing the brand while at the same time honoring our roots and legacy.”

The black third will debut against the Philadelphia Flyers on December 8 and will be worn 13 times this season as a nod to Captain Nico Hischier. New Jersey will wear the third time on the road, in Detroit on December 18. That marks the anniversary of the state of New Jersey joining the union, while the Red Wings faced off in the Devils’ first-ever Stanley Cup championship win. The lacing pattern around the neck is also said to suggest a goalkeeper net – a definite nod to Brodeur and his career exploits.

Other New Jersey legends who got a taste of it included Scott Niedermayer, Patrik Elias and Ken Daneyko, while current players such as PK Subban, Dougie Hamilton and Hischier were also in the know. On top of the jersey itself, special ‘Jersey’ style merchandise will soon be rolled out with proceeds going to the Devils Youth Foundation, while Newark-based shoe design company Dirty Soles is making custom Adidas sneakers as part of the promotion.