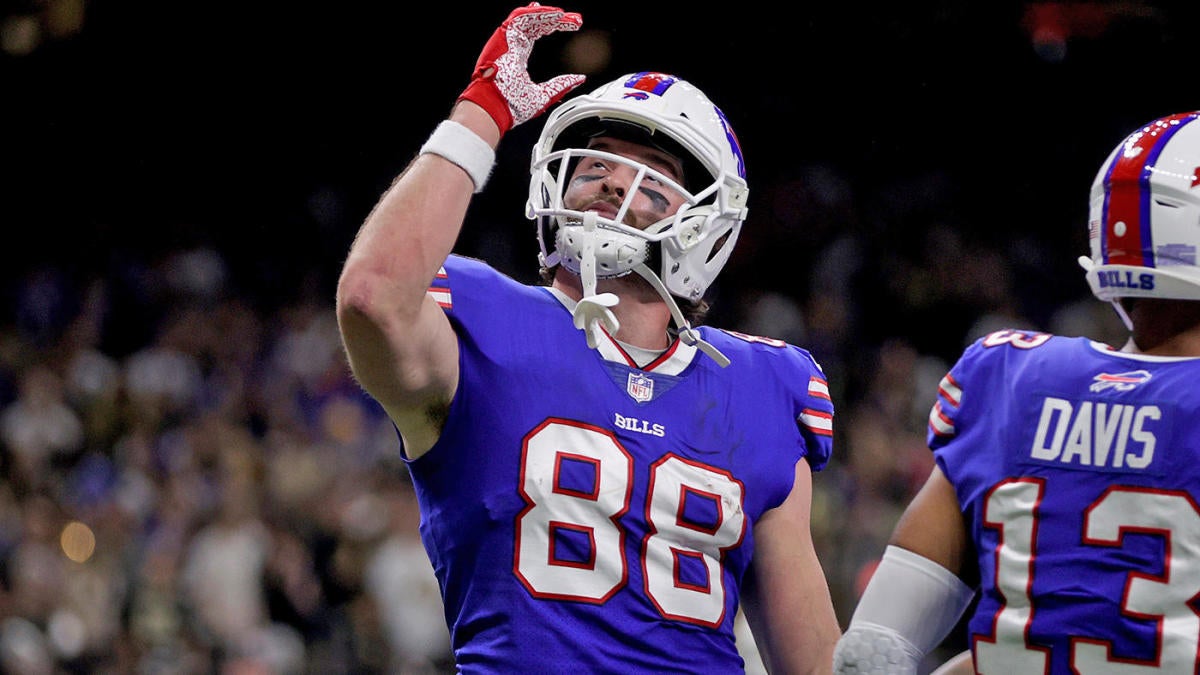 The Bills may have stumbled badly in a blowout in Week 11 for the Colts, but they returned to form in short order for the finals of the NFL’s Thanksgiving Day slate. Hosting the Saints on Thursday night and desperate to stay alive in the NFC wildcard race after three consecutive losses, Buffalo instead stole the show behind great performances from its big stars. Josh Allen finished with four touchdowns, Stefon Diggs showed off his All-Pro route running and the Bills defense had no qualms bottling up the injury-riddled New Orleans lineup from start to finish en route to a smooth ride. 31-6 victory to improve to 7-4.

Here are some takeaways from the Bills’ formidable Thanksgiving victory:

Why the bills won?

They know how to play offensively. Josh Allen ran into trouble a few times in the first half, forcing some short passes and getting picked twice as a result, but otherwise he hurled it with both authority and accuracy, taking everything the Saints gave him and thus feeding Stefon Diggs and Dawson Knox in crucial spots. The ground game was once again forgettable, but Allen helped a lot, and the truth is they never really needed a hasty attack to stay ahead. Defensively, they were just as impressive. Tre’Davious White’s early departure with a knee injury doesn’t bode well beyond Week 12, but the victory of Ed Oliver and Co. in the trenches never allowed the deep-tested Saints to build momentum, rendering their run game obsolete and forcing Sean Payton to rely on things like fake points to generate movement.

Why the saints lost?

They couldn’t move the ball, plain and simple. Sure, Trevor Siemian got them on the board early in the fourth with a nice touchdown pass to Nick Vannett, but only got shut out after averaging 2.5 yards per game and 45 minutes. Injuries severely limited their lineup early on; Siemian handing and throwing Tony Jones, Ty Montgomery and Lil’Jordan Humphrey wouldn’t scare anyone. But the execution was just as bad, with Siemian not working most of the night. It’s a wonder Sean Payton didn’t hand over the keys to Taysom Hill at some point, let alone regularly draw the newly paid reserve. How different this game could have looked if guys like Jameis Winston and Alvin Kamara had actually been on the field. The “D” wasn’t perfect either, of course, giving Diggs and Knox the best of them in the red zone, but Bradley Roby, Kwon Alexander, and Cameron Jordan all had their hands in potentially game-changing play that went to waste.

With 3:19 to go into the top half, the Saints trailed 10-0 but threatened to jump right back into the fray with Bradley Roby throwing a pass from Josh Allen to Stefon Diggs, picking it up and New Orleans taking the lead. gave the ball close to midfield. They went on to win for two yards in the next four plays, with Siemian taking a second-place sack and then punter Blake Gillikin knocking over his man covered on a fourth-down fake. The turnover on downs gave the Bills no points before halftime, but it wiped out what little momentum New Orleans seemed to have and allowed the visitors to go into halftime with a comfortable lead.

Kwon Alexander deserves a lot of credit for intercepting Allen in the first half, but Stefon Diggs’ footwork on his goal against Marshon Lattimore? heavenly. Who in the world could defend this?

The Bills (7-4) are fully back in the mix for the AFC East thanks to their win, and they’ll have a real chance to prove it again in Week 13, when they take on the rival Patriots (7-4) on “Monday Night Football” after a long break. The Saints (5-6), meanwhile, are tumbling into the NFC wildcard picture thanks to their fourth loss in a row. In exactly one week, they will face another big task when they will host the NFC East-leading Cowboys (7-4), who were defeated by the Raiders earlier on Thanksgiving.