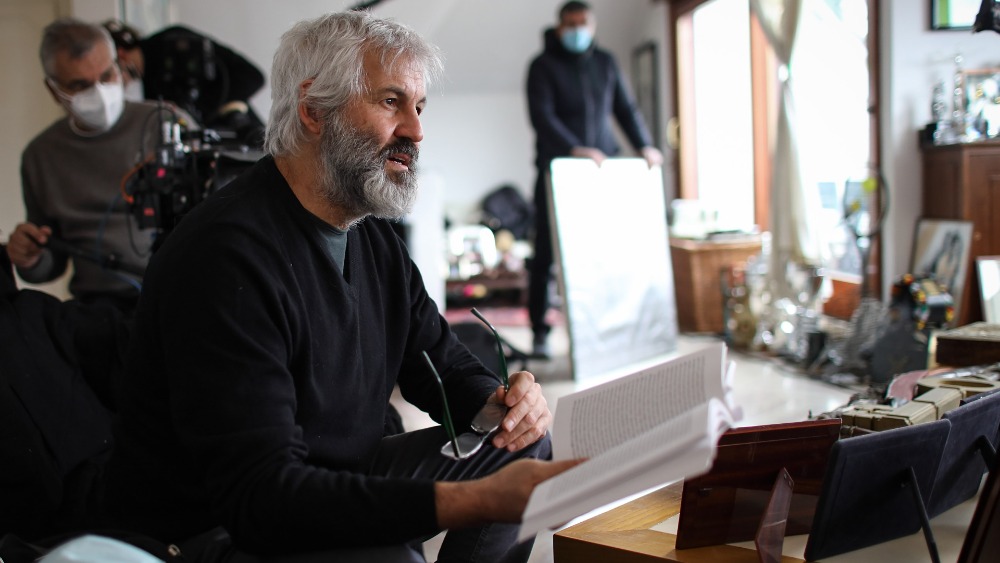 Italian producer Domenico Procacci, after directing more than 100 films and several TV series, including Netflix’s upcoming Elena Ferrante adaptation “The Lying Life of Adults”, via his Fandango clapboard, is making his directorial debut with a six-part documentary series” The Team”. ” Variety speaks exclusively with Procacci about what prompted him to get behind the camera for what he says is just a one-time experience as a director, and debuts with the English-subtitled version of the trailer above.

The project is a thoroughly researched reconstruction of the complex – and sometimes comical – dynamics behind the Italian tennis team that won the Davis Cup in 1976 and reached the final for this trophy three times between 1976 and 1980.

Presented as a work-in-progress at the Torino Film Festival, “The Team” stars the team’s players, Adriano Panatta, Corrado Barazzutti, Paolo Bertolucci, Tonino Zugarelli, and its captain, the Italian tennis legend Nicola Pietrangeli. It’s a story of friendship, clashes, defeats and big wins, as well as an in-depth look at professional tennis in the 1970s and Italian society at the time when tennis and politics crossed and clashed, as was the case when Italy defeated Chile to win the trophy .

For “The Team”, which is sold by Fandango Sales and acquired by Sky for Italy, Procacci also interviewed several international tennis professionals from the 1970s, such as Chile’s Jaime Fillol, and plans to interview other big names, including Björn Borg, Ilie Nastase and Australia’s John Alexander and Tony Roche, who will broaden the international scope of the show.

Meanwhile, Italy’s 1976 Davis Cup team and its captain will all be in attendance at the Torino “Team” work-in-progress premiere on Sunday, just as the city of Turin will also host both the ATP final and the 2021 Davis Cup Tournaments.

What drove you to direct after producing over 100 films? I know you like tennis.

Yes. I had met several members of this team because I like tennis and watch live tournaments. On the sidelines I met Panatta and Barazzutti, and I became very curious about them. They always say, “It’s better not to meet your icons,” and my generation grew up with the myth of that team. But instead my respect for them grew when I met them; they became much more humane. I thought it would be really great to tell their stories and how this team’s vicissitudes unfolded over an arc that spans the entire 1970s.

The story features a fast-cut counterpoint between the protagonists, which is really entertaining. Did you always envision the story that way?

Yes. But too be very honest, what I did is not really directing. It’s not like directing a movie. I interviewed the main characters. I had an idea of ​​how the stories could be intertwined, and we headed in that direction. But a lot has been done in the editing [done by Giogiò Franchini (“The Consequences of Love”)] with the ample archival material that we were able to collect. That said, when I did the interviews I would tell them all what the other members of the team were saying, or what had been told in books. And that helped to provide the multiple points of view that are very funny at times. It’s basically, at its core, an Italian comedy. The four players are basically Italian comic archetypes: Panatta is Vittorio Gassman; Bertolucci is Ugo Tognazzi; Zugarelli is Nino Manfredi and Barazzutti is Stefano Satta Flores.

Then there’s the political aspect, as there was so much left-wing opposition to Italy in 1976 that the final was played in Chile, then ruled by Augusto Pinochet and his brutal dictatorship.

Yes, of course it is very interesting because there is an aspect that has to do with the interference of politics in sport. But I also knew that I couldn’t center everything on that, and that it had to have a wider arc. I thought that with a wider arc, the series could become a prism through which to portray the tennis game and also the socio-political aspects of Italy in those years.

What’s left to do?

A few more interviews and some more editing with archive material. I think it will be ready around March and will play on Sky in Italy in May.