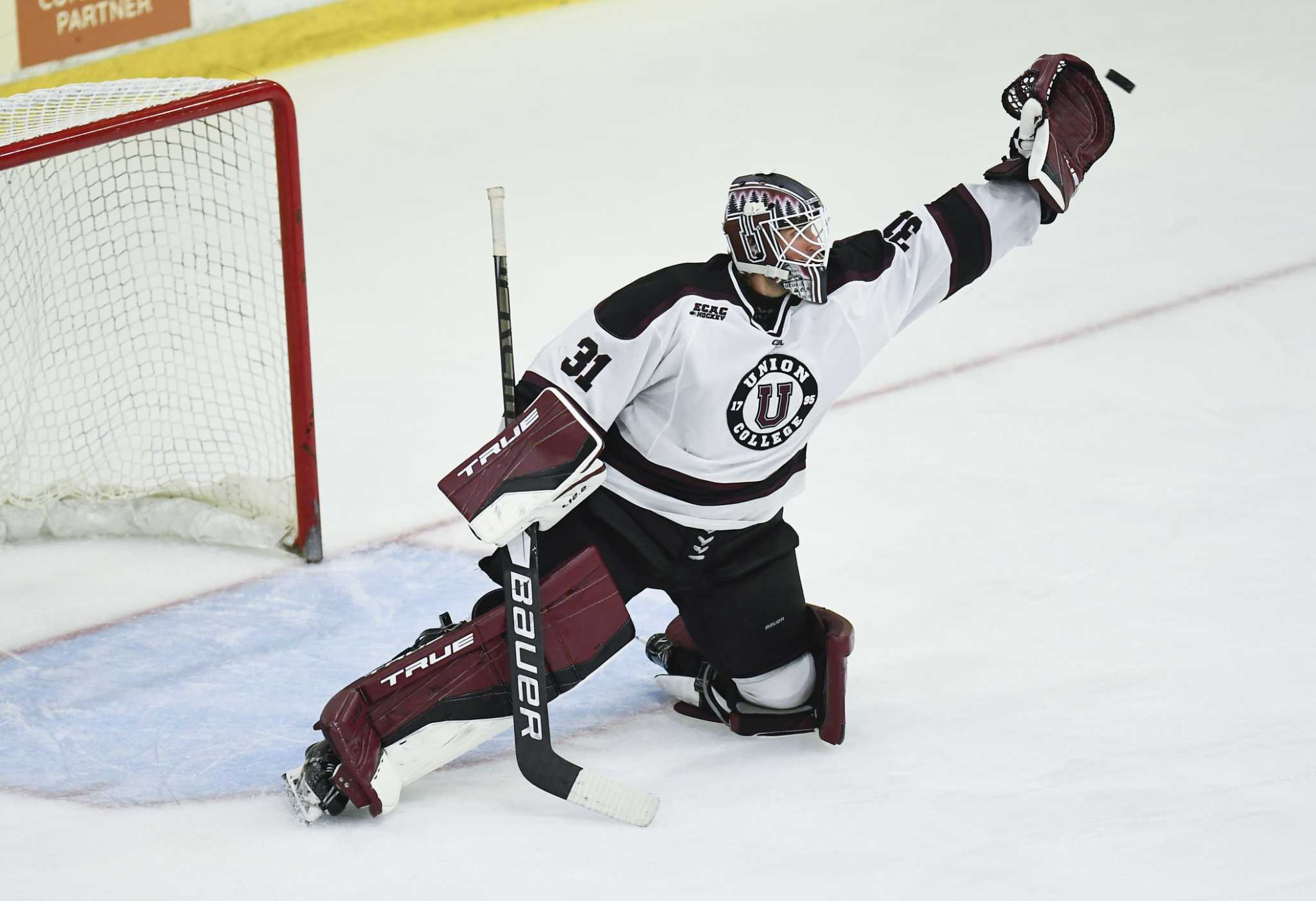 SCHENECTADY Union was looking to continue its three-game winning streak, but Quinnipiac had other ideas when it took a dominant 4-0 win over Messa Rink on Saturday night.

As with Unions game on Friday, during the first period there was a back and forth defensive battle, with neither team able to get on the board. A tripping call on Quinnipiac’s Ty Smilenic at 10:11 gave Union a power play, but the Dutch were unable to capitalize on the opportunity.

Later in the period, Unions Cullen Ferguson was called up for a cross-check, giving Quinnipiac a man advantage. Despite a few close calls, culminating in a save from Connor Murphy on the doorstep, the Unions penalty kill unit was able to keep Quinnipiac off the board.

Things got a little rough when Quinnipiac was called up for a faceoff violation, giving Union a power play at 6:50 PM, much to the chagrin of Quinnipiac coach Rand Pecknold, who had a few choice words for the officials after the penalty was given.

Union (5-8-2-0) started the second period with 50 seconds left in power play, but was unable to convert. At 3:12 in the second, Unions Liam Robertson was called up for hooking, but again Unions penalty kill held out. Shortly after the penalty kill, Union got another power play opportunity when Quinnipiacs Cristophe Tellier was called up for a hook, but the Dutch were unable to break through.

At 8:58 AM, Unions Alex Cohen was called up for hold in the Quinnipiac zone, but the Quinnipiac attack was unable to make anything happen in the power play.

The Bobcats finally broke through when Desi Burgart took advantage of a turnover from Dylan Anhorn to put the puck right between Murphy’s legs and give the Bobcats a 1-0 lead at 12:54 of the second period.

Union was set to get a fourth power play chance after Quinnipiacs Jacob Quillian was called up for tripping at 4:04 p.m., but the Bobcats penalty kill unit continued to impede the Union violation. Union was defeated 26-8 over two periods.

In the third period, Van Nes defeated Murphy with a wraparound goal at 8:56 to put the Bobcats 2-0. Less than two minutes later, Van Nes struck again on an escape goal, giving Quinnipiac an impressive 3-0 lead.

Quinnipiac would add another goal at 2:50 PM in the third when Smilenic defeated Murphy with a one-timer to send Murphy to the bench. Freshman goalkeeper Joe Sharib made his Union debut after Murphy was drawn. Union was defeated 37-13 that night, failing to capitalize on any of its five power play opportunities.

This Friday and Saturday, the Dutch will hit the road in Maine.

Alex Collins is a freelance writer.