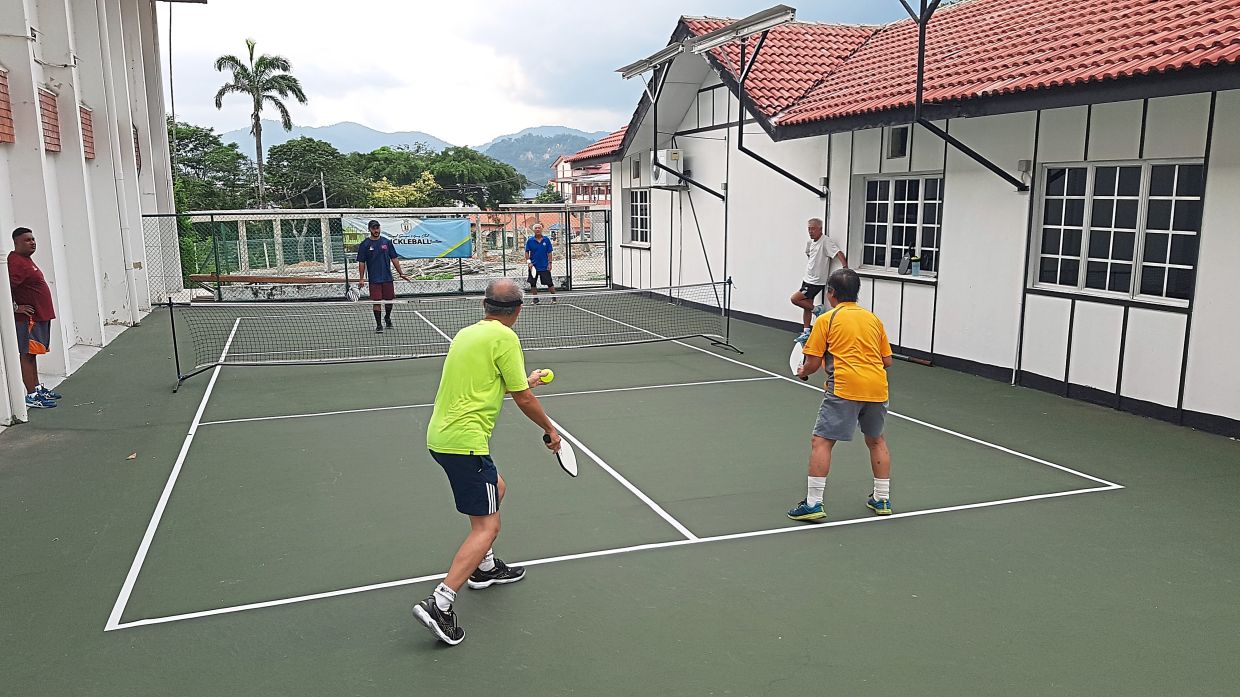 PICKLEBALL, a game founded in the United States half a century ago, is slowly but surely gaining popularity in Seremban, Negri Sembilan, after a court was built here at the Royal Sungei Ujong Club (RSUC).

We started playing the game on a tennis court in a condominium complex in Bukit Kaya earlier this year. We now have a pickleball court at RSUC after the club approved a proposal from some club members to convert an outdoor badminton court, he said, adding that about 35 members had since registered to play the game at the club.

Shafiq said the pickleball field at the RSUC may be the first in the state.

We are sure that the game has become popular in Miri, Sarawak, where members of a club play it regularly.

Aside from playing it ourselves, we want more people to get to know the game as people of all ages can play it and it’s not as taxing as other racket games, he said, adding that those who played at RSUC were between the ages of 25 and 79. were years old.

Shafiq said it was pure coincidence how the pickleball game was established in 1965 on Bainbridge Island in Washington.

Friends Joel Pritchard and Bill Bell and their families had gathered for a summer vacation at the former home, but the friends soon realized their wife and children were bored.

As there was a badminton court on the Pritchards property they thought they could spend the afternoons playing the game but couldn’t find enough rackets.

When they realized they had some table tennis bats and a wiffle ball (a perforated plastic ball), they started playing their new game on the badminton court.

They enjoyed the game so much and eventually came up with a set of rules that were improvised as the days went by.

One of their friends, Barney McCullum, was soon introduced to the game and it has been a recognized sport in the United States ever since.

Shafiq said the paddles for the game were larger than table tennis bats, but smaller than normal tennis rackets.

These are made of wood, graphite or other composite materials.

The singles or doubles are usually played using an 11-point system on a court similar to a badminton court.

The basic rules are that when you serve, you serve from behind the baseline and without bouncing the ball off the court.

It must be served diagonally on the opponent’s court and if he or she hits the ball in the net or outside the boundary lines you get a point, he said, adding that you can pick up the game just by watching others .

Shafiq said the club members planned to promote the game to other Seremban people in the near future.

Once the Covid-19 situation improves, we plan to hold clinics for the local population, especially government personnel.

The advantage of pickleball is that it can be played by anyone, regardless of age, he said, adding that the paddles can cost as low as RM100 to several hundred ringgits, depending on the material.

The game, he said, can also be played indoors or on a smaller course. Once more courses are built, I’m sure the game will have a bigger following, he said, adding that the game was gaining popularity in many other countries as well.