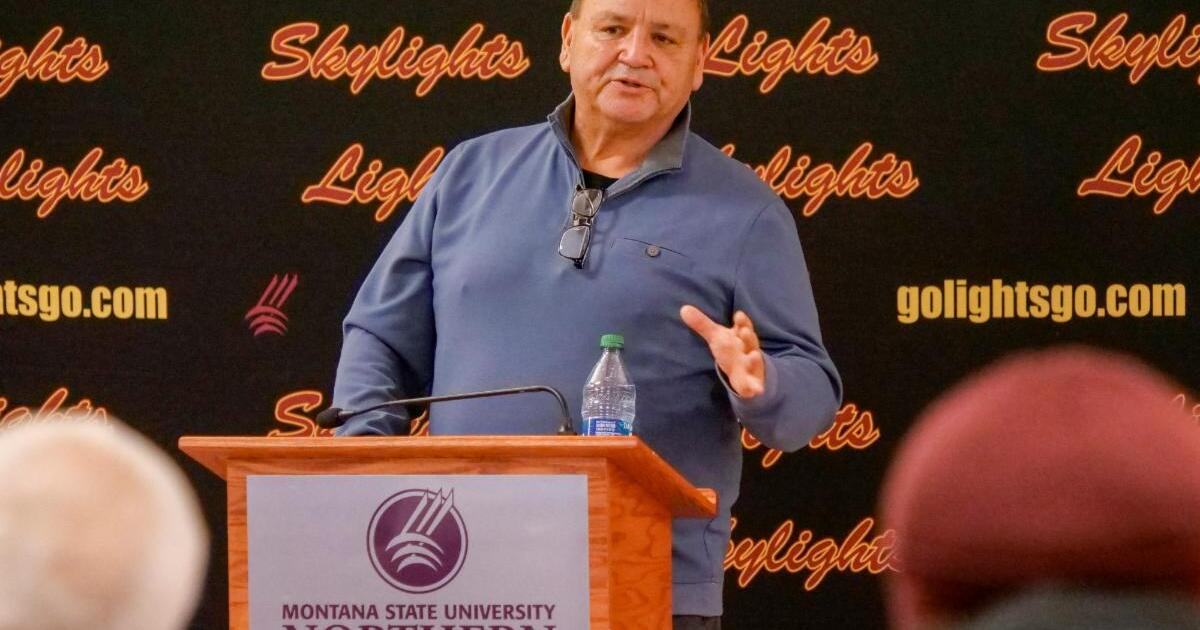 HAVRE The MSU Northern Athletics Department has announced that Big Sky Conference coaching legend Jerome Souers will take over as the head coach of the Lights football team.

I have coached for over 40 years now and recently retired, then rejoined as an assistant coach at Southern Oregon University,” Souers said in a Lights press release. “My time at SOU has been a truly wonderful experience. , and I love the people and the program, but I just got a different perspective on life through recent personal events, and I decided that the opportunity to build a program at MSUN was a really great opportunity for me .”

I am excited to have the opportunity to coach in a state I am very familiar with. In many ways it’s like coming home because some of my fondest memories and friendship was formed in Montana, these are people I’ve had long-term relationships with. And the people at MSU-Northern are phenomenal; they are clearly such an intensely collaborative group. So I can’t wait to join and be a part of the community, Souers said.

Souers finished his tenure at Northern Arizona University (NAU) in 2018 as the Big Sky’s Conferences all-time leader in victories. He amassed a career record of 123-114, making him the most winning coach in school history. As the head football coach at NAU, he demonstrated a 21-year record of achievement in improving academic performance, positive social behavior and athletic success for their student athletes. He led their team to the national playoffs in 1999, 2001, 2003, 2013, and 2017.

We want to recruit physically and academically talented people with strong character and who are clearly willing to step outside their normal roles to embrace the campus and the community,” Souers said. “So I think the long-term goals are to build a team culture where our program is successful not only athletically, but also in academia and within the social context of our relationship with the community.”

Souers succeeds Andrew Rolin, who stepped down in November after setting a record of 3-34 in four seasons. This year, Northern broke the program’s 47-game Frontier Conference losing streak in a 5OT win over Eastern Oregon. Souers built a winning program in Flagstaff but knows his work for him and his coaching staff will be cut if he wants to do the same in Havre.

Well, first we need to identify and assess the staff within the program what their talents are and what our recruiting needs will be. We need to build that trust with the young men who are already in the program and take into account the things that they’ve already worked on and are striving for, that’s very necessary for the success of the program,” Souers said. We need to win the upper classmen, and the whole team, to the vision of what we’ve planned.”

He said it starts with culture.

The pit builds excellent team chemistry so we can clearly define the expectations of student athletes, coaches and their relationships. We also need to gain a strong foothold in recruiting by reaching out to the high school coaches and various influencers across the state,” Souers said. “In addition, I think it’s important that we build the trust and get support from the whole Hi-Line. That would be a huge goal of ours that they would understand what they were doing, and that they would need their help, but who would keep our promises and work with integrity.”

Chancellor Kegel is determined to have a football program that exudes greatness in all areas. And people always ask ‘how many wins?’ but it’s not about the wins, it’s about how many guys we can get to compete at their highest potential. And then the results usually speak for themselves. If you can achieve that with your whole team, the wins will come. But our focus is on their development, their understanding and their potential. Focus on all the elements needed to build a successful team, Souers said.

Jerome Souers is without a doubt one of the greatest coaches in the NCAA Div. i history. I am very happy and excited that he has agreed to lead the Northern Lights football team, said MSU North Chancellor Greg Kegel. We pride ourselves on our ability to take students who are often at the bottom of the economic ladder to the top of the economic ladder. Bringing in a coach like Souers will allow our football team to rise to the top of the Frontier Conference and compete for a national title.”

MSU-Northern is very fortunate to have acquired a coach like Jerome Souers with not only the experience, but also the passion and ability to develop great football players and student athletes alike,” said Oberquell. “MSU-Northern Football has a great base for returning players and with the recruiting ability that Coach Souers has, MSU-Northern will put a very solid and talented team on the field. I welcome Coach Souers to the Northern Family.”

Souers was the Big Sky Conference Coach of the Year in 1999 and the Eddie Robinson finalist in 2003. He was named the best head coach at the NCAA Division I-AA level after bringing the NAU Lumberjacks to their first Big Sky title. championship in 25 years, and a performance in the national quarterfinals. In all, the Lumberjacks made five postseason appearances under his leadership, scoring 85-77 in Big Sky play.

Prior to NAU, Souers coached 12 seasons at the University of Montana and was the defensive coordinator for the last eight of them. The Grizzlies set winning records every year during his stay, earning seven playoff berths, going on to two National title games and winning a championship in 1995. He took second in the National Championship game in ’96. Made national playoffs in 1988, 89, 93, 94, 95, 96, and 97. During the title run, Souers’ defense became the first in NCAA history to record back-to-back playoff shutouts.

Souers began his coaching career at his alma mater, North Eugene High, while attending the University of Oregon, graduating in 1983 with a degree in physical education. He also dropped out of Western Washington University and Portland State University. Most recently, Souers served as the Defensive Coordinator for Southern Oregon Universities.

The essentials you need to add to your wardrobe