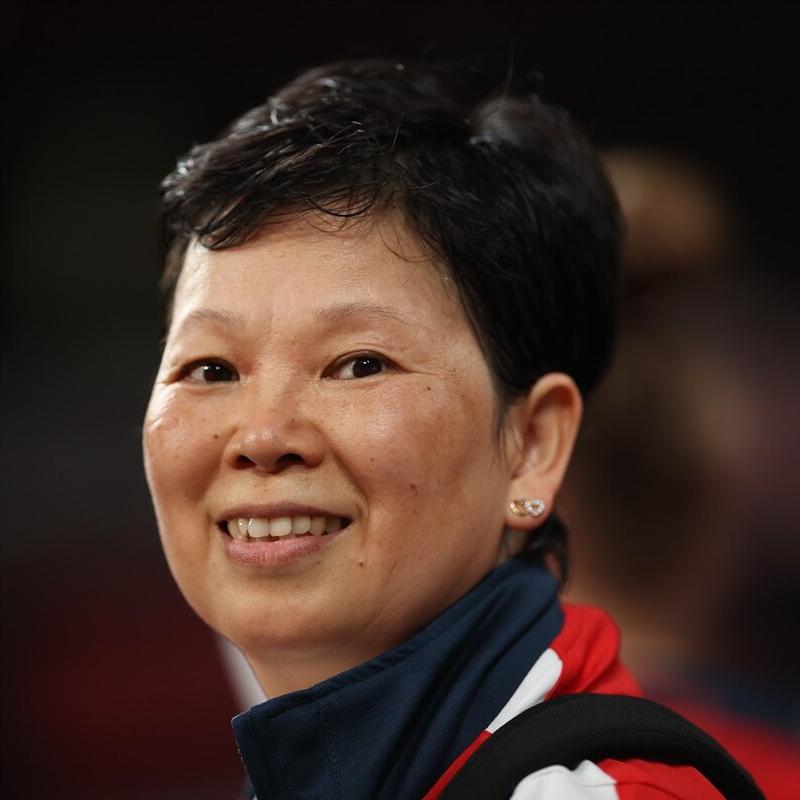 In 2022, the first international table tennis event, the WTT Dusseldorf Branch Tournament, launched the women’s singles quarterfinal match. The 59-year-old former National Table Tennis World Champion Ni Xilian, who represented Luxembourg, won the match point in the deciding game. 3-4 (11-9/1-11/11-8/9-11/11-7/9-11/11-13) unfortunately lost to the German Chantal. This fierce battle lasted until the tiebreak. In most cases, the score between the two did not open. The only second game, Ni Xilian, was played back by the opponent with a dismal 11-1.

Ni Xilian is the former world champion of the Chinese table tennis team. She belongs to a group of famous players such as Cao Yanhua and Dai Lili. Although the strength of singles at the time was far from Cao Yanhua’s in national table tennis, she still won the Women’s and Mixed Team Table Tennis World Championships. The two-time champion and runner-up of the women’s doubles were considered one of the most important lineups of the national table tennis team at the time. Ni Xilian did not give up her table tennis career after her retirement and came to Luxembourg to start her “happy table tennis” years. The 59-year-old granny-level player is expected to compete in the 61-year-old Paris Olympics. After all, she still won the bronze medal in women’s doubles at the World Table Tennis Championships in Houston. Singles are still competitive in Europe. 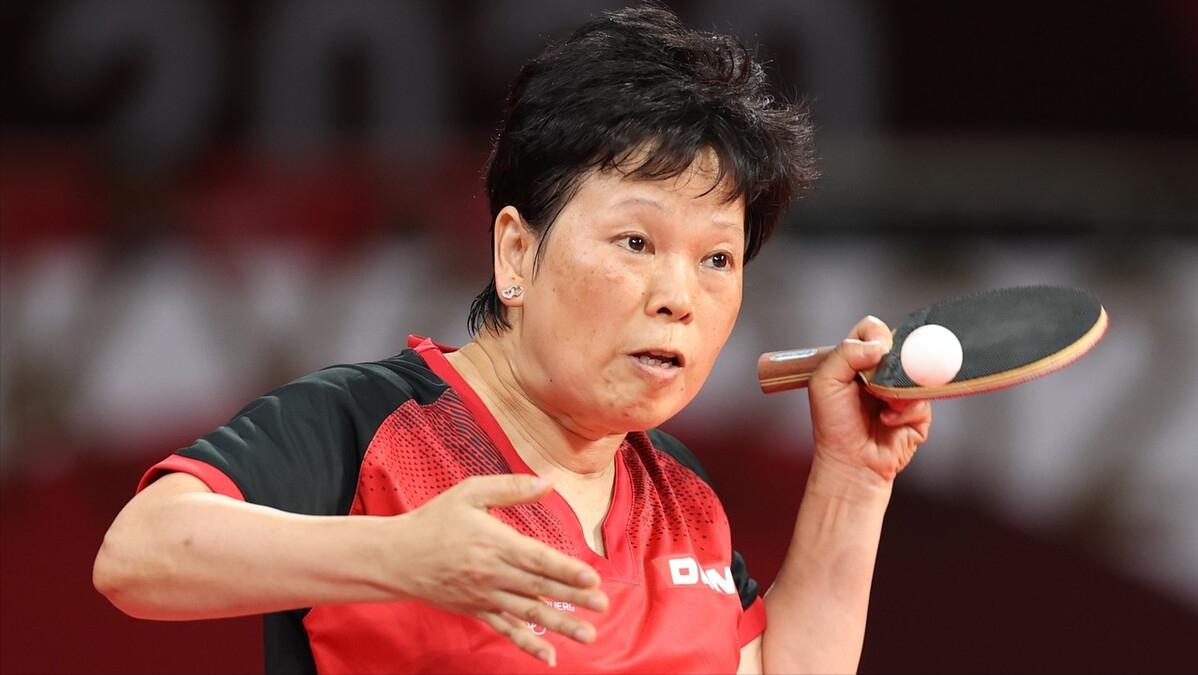 This Düsseldorf sideline tournament is mainly dominated by local German players. There are not many famous players. Ni Xilian competed in the women’s singles competition as the No. 2 seed. In the quarterfinals she met the German non-main team Chantal. In the first game, Ni Xilian and Chantal tried each other, and the score didn’t open. Until the 9-9 tie, Ni Xilian won the first game by scoring 2 points in a row serving and attacking.

In the second game, Ni Xilian’s straight fast break was gradually adjusted by Chantal, and he found a strategy to press his backhand and adjust his forehand. Using the advantage of two horizontal boards to withstand Ni Xialian’s backhand, he seized the opportunity to give the forehand a gap, barely daring Ni Xilian to attack sideways with his forehand. 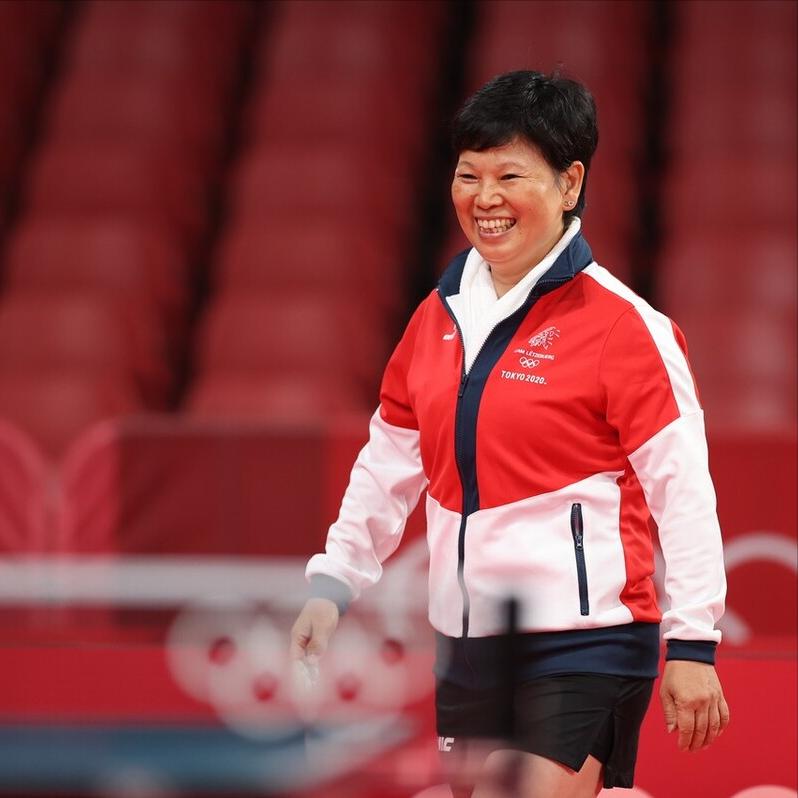 In the 3rd game, Ni Xilian enhanced the quality of backhand blocking. There were changes in the rotation and rhythm of priorities, which caused Chantal to have an inaccurate judgment in the stalemate process, resulting in constant errors. The key points of Ni Xilian that are still relied upon serve to seize the initiative. , and eventually took the lead again 11-8. In the 4th game, Chantal’s high-quality backhand pulled the ball and repeatedly pushed through the defense line from Ni Xilian’s backhand push. The main point of this game was that Ni Xilian’s passive situation at the end of the game proved that the straight block was dead and it was difficult to find a way out.

In the 5th game, Ni Xilian began to violently turn sideways and the forehand’s share of the attack increased. Even if the opponent backhanded her, Ni Xilian still insisted on pulling the ball with the forehand and sending Chantal into a stalemate. Chantal still needs an adjustment process for this change. In the end, Ni Xilian won the match 11-7. In the 6th game, Chantal and Ni Xilian remained tied to 9-9. Chantal took advantage of Ni Xilian’s offensive error at a critical moment to win 11-9. In the 7th game, Ni Xilian won the match point 10-9, but the key point Chantal fought and scored, and later won the game 13-11.

The best seeded Shan Xiaona played in the semifinals against teammate Sabine Winter. The other match was between Chantal and Balazova. The guest German women’s singles took 3 seats, and Slovakian doubles player Balazova was surrounded by Slovakia. Won the women’s singles championship and runner-up.