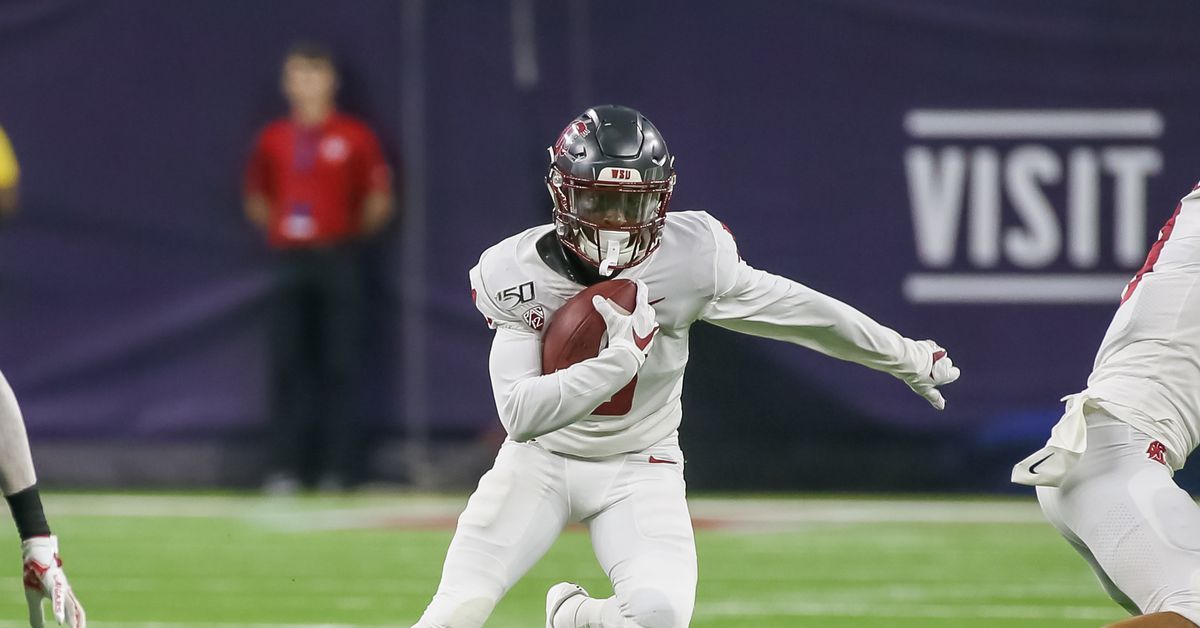 Greetings. What would normally be an action-packed weekend of Cougar Basketball turned into a dormant weekend as both the men and women continue to fall prey to the COVID-19 virus. You would think we are mostly over with this, but unfortunately we are not. As a result, the Washington State Cougars’ men missed two games in Oregon and the women were unable to play host to the Oregon Ducks and Oregon State Beavers in Pullman.

Next for the women – hopefully! – is a strange back-to-back set against the Washington Huskies, while the men play host to the mountain schools. In a perfect world, both games will be followed by decent Modelo consumption.

So given that active Cougar Athletics this weekend was largely filled with cricket, why not talk about football? You’re well aware of the comings and goings, in terms of staff, that we’ve seen over the past few weeks, but there have been a few people looking back at 2021 or forward to 2022. What are they thinking? Let’s see!

First, there’s a quick look back at 2021, when USA Today’s Paul Myerberg reviewed the seasons for all of the FBS teams. While the Cougars seemed to exceed expectations on many predictions (including yours), it seems like Myerberg hasn’t factored in everything surrounding the season. The 2021 Cougars got a B grade, which seems about right given their 7-5 record. That figure tied for 2nd place among Pac-12 teams with Oregon State and UCLA, behind only Utahs A-.

I really wish Myerberg had added a few sentences about each team grade, in addition to what he wrote about criteria at the top, because I would have given WSU a B+ or A- considering the significant amount of turmoil the team endured, as well as the fact that they ended a seven-game loss streak in rivalry. Oh, and about the team that knocked down WSU in the rivalry game. The Washington Huskies earned a big, fat F to accompany the eight L’s they achieved in 2021. Washington was the only Pac-12 team to fail, a fun fact that is sure to appear on Jimmy Lakes’ resume.

So that’s 2021, but what about 2022? A few people took a look ahead this week, trying to know early how things will shake out next season. In either case, the WSU is getting an unusual dose of optimism.

The first is Pac-12 clown prince Jon Wilner, who broke away from his candlelit Justin Wilcox shrine below Memorial Stadium to merging together a prospect for 2022. Wilner has the Cougars all the way up in second (!!!), clearly that sunny projection on the right arm of transfer quarterback Cameron Ward.

Not only do we see the Cougars as the best bet for second place (based on the current roster outlook); we considered choosing them to win the north. And why not? They finished second in 21 despite so much turbulence and have enough returning playmakers to hold their own in what appears to be a free-for-all division. Success hinges heavily on the play of new quarterback Cam Ward, a transfer from Incarnate Word whose skills are well suited to the so-called Coug Raid. If the Department plays to expectations and the defense doesn’t decline, WSU won’t either.

You’ll notice that Jon hasn’t mentioned those returning playmakers, because there aren’t many of them. He also missed the bowl game or chose to forget it as Ward doesn’t stand a chance behind the line as currently built. Anyway, it’s nice to see WSU in the top half of Pac-12 North projections.

Then, with tears in my eyes, Jon wrote the following, predicting Cal for fifth place.

Cal was 5-7 last season, with five losses by touchdown or less. That suggests the difference between another mediocre season and a fulfillment of Bears’ pre-pandemic promise likely to unfold in the margins: a red zone conversion here, a turnover there and avoiding serious injuries to a few key players. .

Just think, if Cal had won all those games he lost, the season would have been a lot better!

Athlons Steve Lasson also has WSU in the top half of the division as he places them behind Oregon and Oregon State. While Lassan has WSU in 3rd place, at least he recognizes everything the Cougar loses on offense.

Can Dickert and a renewed staff keep up the momentum? Word transfer incarnate Cameron Ward is a dynamic quarterback addition, and Renard Bell’s return from injury bolsters a receiving corps that Calvin Jackson Jr. and Travell Harris loses. Both starting tackles (Liam Ryan and Abraham Lucas) leave the front. Dickert’s defense is moving in the right direction. After giving up 6.7 yards per game in 20, this unit reduced that total to 5.5 last year. A few additions through the transfer portal can help ease the level of care after some key departures.

Lassans’ analysis seems more realistic than Wilners’s, as WSU really needs to add some offensive line capability — particularly in tackle — as Jake Dickert and Co. to achieve these projections by 2022. Can’t wait for spring!

Early Pac-12 Football Predictions for 2022 – AthlonSports.com | Predictions, choices and examples from experts
It’s never too early to start thinking about predictions or rankings for the 2022 college football season. With that in mind, Athlon gives its very early power rankings for the Pac-12 for 2022.

Analysis: Jayden de Laura’s brief stay in Washington State left a legacy of exciting highs and controversial lows | The Spokesperson Review
De Laura was praised this season for deftly navigating the Cougars’ onslaught through a tumultuous season, in which three offensive WSU coaches, including head coach Nick Rolovich, were fired for failing to meet a state mandate for COVID-19 vaccination.

The only Cougar alumnus in the NFL divisional round of the playoffs is still alive, like River Cracrafts San Francisco 49ers went to Lambeau Field and canceled the Aaron Rodgerss season. While Cracraft didn’t log any offensive stats, he was on the field for 17 special team stats and, if you check out the 49ers blocking point/score replay that balanced the game, River was only inches from the man who hit the block. scooped and scored the only touchdown of the last three quarters. Cracraft will hit the road again next week, either in Tampa or LA, with a trip to the Super Bowl on the line.

This week in parenting

The 8th grader and I had been practicing for his spelling bee for the past month, and the proverbial rubber hit the road this week. And although my stomach would have been knotted during the procedure, I still hoped to be there. Well now.

13-year-old is participating in a spelling bee this week. I’d love to go, but “Due to COVID-19 protocols, we are limiting the number of participants to ONE PARENT per participant.”

Great job, everyone. Mrs. Kendall was able to sit in and give updates when she could. Out of about 20 players, the kiddo finished in third place, the coronation misspelled. Damn. Like father like son I guess because I also finished 3rd the last time I entered a spelling contest (I mean I was in fifth grade? Sixth?) Anyway, I missed irritable, wasn’t it I’ll take that one to my grave.

It brightened up the weekend when the 10-year-old basketball team made its debut. In his first game since March 2020, the kiddo scored the first basket and helped the Mighty Wolverines to a resounding 15-10 victory. But while his basket and rebounds/assist helped, his choice of socks was clearly the difference between 1-0 and 0-1.

That’s right, my boy mentioned BVB and beer on his competition socks. Tears of pride welled up in the process.

Speaking of Die Schwarz-Gelben, this week brought mixed results. First, BVB knocked out the defense of the DFB Pokal, losing to a team from the second division. super duper. The result on Saturday was much sunnier, as the Black & Yellow took an early lead, fidgeted for a long period and eventually put away Hoffenheim’s pesky men, 3-2.

BVB is currently firmly in second place behind the team that wins the competition every year.

Tweet(s) of the week

I’m getting into a new topic because the Washington Posts has been looking at Dan Lamonthe right into my soul for the past few days.

Why do so many adults post their Wordle on social media?

Dan wasn’t ready and was here for it, mostly because of all the hurt feelings in the answers.

I think we can all identify with Homer here!

About being lonely during the pandemic – 5280
I was alone, and then I was really alone. Still, as the pandemic continues, I’m not sure I want to be around almost everyone.

Cleaning the dirty work of online reputations | The Walrus
Companies tackle malicious search results for a fee. But is the new economy of digital makeovers making things worse?