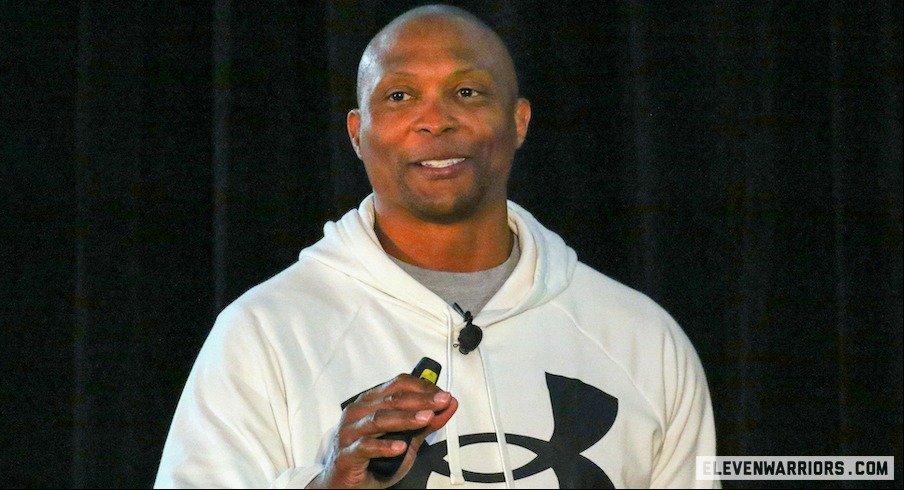 After all, George had never coached before on any level. He had played football at the highest level, winning the Ohio State Heisman Trophy and running more than 10,000 yards in the NFL, but after retiring in 2005, George had switched from football to pursue other ventures.

George started a landscape architecture firm and a wealth management firm. He taught classes at the Ohio States Fisher College of Business. He spent much of his free time on the golf course. He even acted on Broadway and in TV shows and movies, and he had high ambitions for what he could achieve as an actor.

So George was resistant when Tennessee State started recruiting him to take over its football program. He wasn’t sure if he could actually be a head coach, and wondered why the State of Tennessee would want a bus with no experience.

I’m like, this is why you guys lose. This is why you lost in the last 10 years. You’ve won nine games in the past three years because of these kinds of decisions, George recalled during his presentation at the Ohio States Coaching Clinic in April.

But Glover and Tennessee State athletic director Mikki Allen didn’t take no for an answer, as they firmly believed George was the right man for the job. And George’s perspective started to change when he talked to his wife about the possibility.

I said, Tamara, listen to this stupid idea. Glenda Glover had the audacity to ask me to be the next Tennessee State head coach knowing damn well I’ve never coached a day in my life. I’m on Broadway, I do my wealth management, I’m on the golf course, I go to (his son) Eriqs games, all these things that I do in my life, and she asks me to do this. I said, isn’t that a stupid idea? And my wife says, why not? George remembered. She says, Well, maybe she sees something in you that you don’t see in yourself.

After pondering the opportunity for the next few weeks, during which he had conversations with the likes of Pittsburgh Steelers coach Mike Tomlin, who assured him he was capable of becoming head coach, George decided to take the job, realizing that his wide variety of life experiences had prepared him to become a coach, even if he hadn’t really been.

As an actor, the best thing you can do is learn to listen. So I could listen to the kids, listen to what they’re going through, listen to what’s really needed. From a business perspective I have built companies. I have the EDGE Group, landscape architecture firm that I started. My wealth management company and I have partners. So I was thinking about assistant coaches that could come up with that I could finally work with. And the educational side, the teaching, teaching kids financial literacy, stuff after the game, putting your brand into something much bigger than you could ever imagine. And I started to get really excited.

A year later, George feels like he is exactly where he should be.

Since I’ve been on this for a year now, it’s kind of sunk in that this is my path, George told reporters after his presentation at the clinic. Every day that I wake up is a new opportunity to get better, to be a great mentor to these young men and to really develop and influence young lives through football, the game I know and what I love.

It’s been a learning curve. I mean, listening to the plays and all the nomenclature and terms, it’s like picking up Shakespeare for the first time. It takes a while to get used to it again. But ultimately, my goal is to develop these young men, support our coaches, really increase Tennessee State’s footprint in a significant way, and enjoy doing it. I loved it.

Although George said he didn’t know my bastard’s elbow when he became Tennessee States head coach, a role he started less than five months before the first game of the season, he led the Tigers to a 5-6 record in his first years on the court, an improvement from their previous three seasons under previous head coach Rod Reed.

George’s former Ohio State teammate, Pepe Pearson, who has coached since 2004 and is now the Tennessee States coach, said George is more natural about coaching than he lets on.

He has natural leadership skills, he has the charisma you need, he will always and forever be a good public relations guy, Pearson said. So much of it has come easily to him, and he is a quick study. So he’s learned a lot in a year and I think the momentum for him going forward will be great.

As George begins to settle into his new role, he sets his goals high. Although Tennessee State has not won more than seven games in a season in the past eight years, he believes his program is capable of great things. George, Glover and Allen have a shared vision of the state of Tennessee making the leap from the FCS level to the FBS; right now he’s working on building the foundation to eventually make that happen.

We see how things are done here in the state of Ohio and at Notre Dame, it’s done in great detail, it’s first-class personified. And we can certainly do that in Tennessee State, within our budget, George said. It’s just being aware of that, it’s intentional with that. And it constantly preaches: Hey, this is our lifestyle. This is what we are doing from this point on.

George says his goal is to recruit players of the same caliber as Ohio state and other major programs. And he’s not afraid to compete against those programs. Tennessee State recently scheduled a game against Notre Dame for the 2023 season, and George said he spoke with Ohio State athletic director Gene Smith during the week of the coaches clinic about the possibility of Tennessee State going up against Ohio State. play, although he admitted he liked to wait a while. few years before that game after seeing all the talent the Buckeyes have now.

If you want to be the best, you have to play the best, George said. My motto is I play you anytime and anywhere. So that’s what I live by and that’s what we’re going to do.

As George strives to take Tennessee State to new heights, he draws on his Ohio State experiences as a blueprint of what an elite college football program looks like.

Everything I do here in Tennessee State plays into my Ohio State experience, George said. From the discipline to the little things to the efficient use of our time to even the sayings and the corny little quotes the coaches use, the coaching language, I never thought I’d ever say it.

Ultimately, my goal is to develop these young men, support our coaches, really increase Tennessee State’s footprint in a significant way, and enjoy doing it. I loved it. Eddie George on coaching at Tennessee State

George and his assistant coaches had the opportunity to check out multiple Ohio State practices during the week they were in Columbus for the coaches clinic, and George is grateful to Ryan Day for giving them the opportunity to spend some time around the Buckeyes. spend and learn from Ohio states coaches. But while he’s taken the opportunity to learn from Day and try to emulate much of what Ohio State is already doing in Tennessee State, he’s also not trying to be exactly like Day or any other coach.

I find my sea legs. I do things that are authentic to me. I’m not trying to be Ryan Day, I’m not trying to be Jim Tressel, I’m trying to be myself, George said. I get influence from those guys in terms of how they go about things, but in the end I trust my instincts. And I will fail. I will probably continue to fail. But those are lessons for me to learn and get better.

Pearson is confident that George will turn out to be the coach Tennessee State hired him.

Eddie is the right man to take charge, Pearson said. He has a great vision that we are all trying to implement. And I think we’re definitely on the right track.