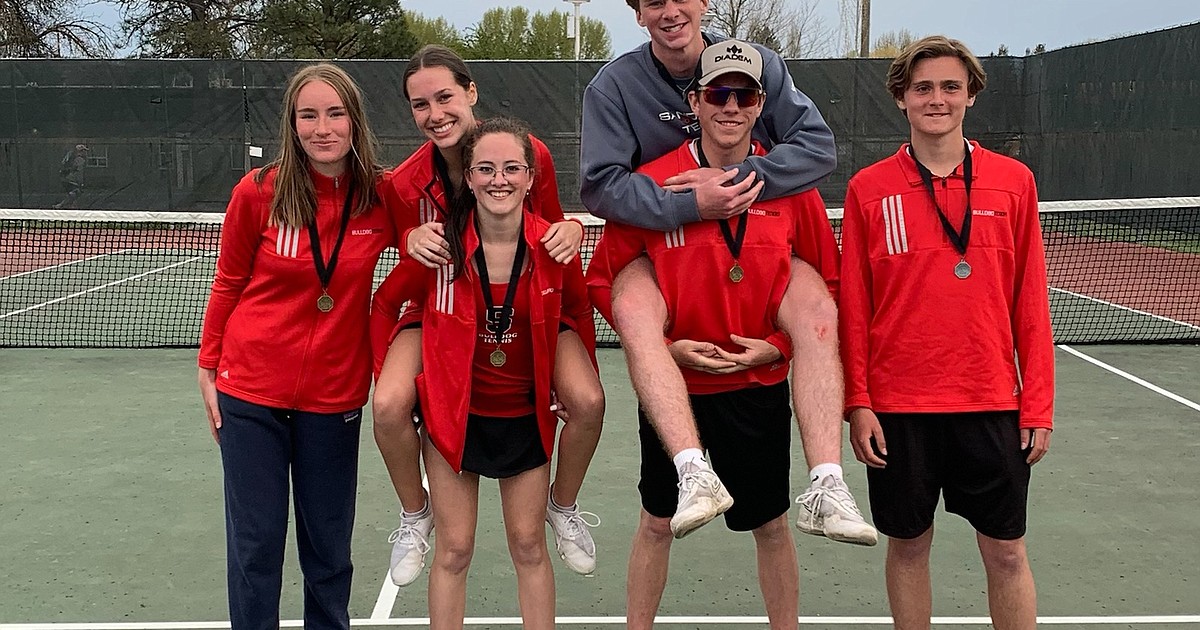 MOSCOW The Sandpoint tennis team on Friday collected team trophies for both the boys and the girls in the class 4A district 1 tennis tournament at the Moscow high school.

“I’m just so incredibly proud of these guys,” said Sandpoint tennis coach Kent Anderson. “They’re just a great group and just a joy to be around.”

The Bulldogs are taking seven athletes to the state tournament.

“It was fun to watch,” Anderson said. “It was a really good game with super long points. They hit very similar. It will be nice to have them both able.”

Olivia Petruso and Denali Terry took first place at number one in doubles with a three-set win.

“It was a two-hour game,” Anderson said. “Their style was so very different from (Olivia and Denali). Everyone was watching the match. It was more like a WWE match.

“They lost the first game 6-0,” Anderson said. “They managed to find their rhythm towards the end to win the game.”

Evan Wiley was the last qualifier with a second place finish in boys’ singles. He lost 6-4, 6-4.

“He hung around every point,” Anderson said. “Evan stepped up and had his chances to win there.”

Next up for the Sandpoint tennis team is the Idaho Class 4A state tournament on Friday, May 20 at the Boise Racquet Club.

‘Nowhere to hide?’ Why stagflation fears put stocks on the brink of a bear market