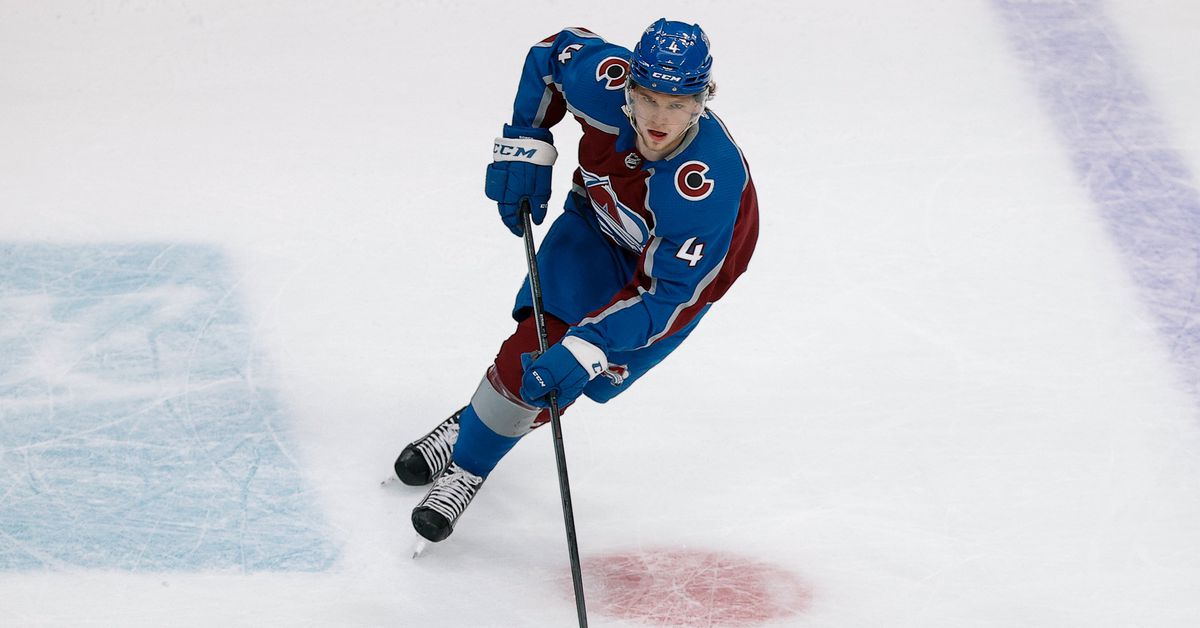 There were several interesting storylines involving Colorado Avalanche defender Bowen Byram and the recently concluded first-round playoff series featuring the Nashville Predators. First, the fact that Byram was a key part of the 2017 trading return for Matt Duchene in the form of a fourth overall pick for 2019 out of the Ottawa Senators coming full circle when the two faced each other in this match was an interesting wrinkle.

The second factor is that it was Byram’s first few games at Bridgestone Arena. He was expected to play in Nashville on January 11, when he suddenly left the team indefinitely that day for personal reasons to resolve his ongoing problems following a concussion. After a three-month absence, Byram returned to the game and there must have been some thoughts and emotions returning to where his path to recovery began.

Finally, the Nashville series was Byram’s first foray into post-season action in his young career after missing both the 2020 and 2021 playoffs and sadly witnessing the disappointing eliminations of Avalanches from the press box. . This year, Byram was deemed seasoned and ready to contribute fully to what will be a long playoff run for the squad.

It wasn’t a given that Byram would make it into the post-season opening lineup, but it’s fair to say he had the inside track with his talent and skill, plus the month he spent getting his game back on track. order helped him prepare for the playoffs. After returning to the ice, the rookie defenseman played in two AHL conditioning stint games and 12 of the Avalanche’s last 13 regular season games. He scored six points in those matches with an average of 17:39 time on ice, marked by a 24:09 outing on the Seattle Kraken†

Head coach Jared Bednar has given his young blueliner praise and has stated that he liked what he’s seen of Byram in the playoffs so far, both with involvement on offense and defending physicality. bednar too recently reflected on Byram’s journey to rejoin the team.

Getting himself started and getting healthy, getting the help he needed and taking the time he needed to come back and play at a high level is not an easy thing to do, especially after two years of frustration and heartbreak. So I’m just proud of him and hopefully he can keep moving forward here now, stay healthy and continue to be a factor that helps us win hockey games.

Byram earned his first post-season point with an assist on Andre Burakovsky’s opening goal in Game 4. However, Byram is still looking for his first score both in the playoffs and since his return, having pocketed five in the regular season. It has not been without his chances and they will eventually find the back of the net for him, probably at a crucial moment down the line.

Although Byram has been locked in a more limited role than he was used to matching with Erik Johnson on the third pair, the two were very effective together and one of the better duos in the competition, as evidenced by the nice 69% share of the expected goals as a couple. In fact, Byram leads the team in Corsi For at 65.14% and was on the ice in Nashville’s four-game series with five goals for and only one against the Avalanche.

For his part, EJ has done well himself by providing three assists in four games. He has enjoyed a season of full health and his first foray into play-off action since 2000, having missed almost the entire season last season. EJ spoke the other day about how he has fun playing on a couple with Byram.

I love it. He’s got a bit of an old-fashioned soul, he’s happy. He’s so young, but he got that throwback style to him how he got off the ice. I think if he played all year and was in the running for rookie of the year, I really do. He’s so talented, skates so well. Just really nice to be there, I’ve really enjoyed it so far. I pick up things from his game that I think I can help my game with.

Byram returned the compliments the next day, discussing his relationship with Erik Johnson and how he was both a friend and mentor to him. The Avalanche have an incredible competitive advantage with the defense they’ve built and it extends beyond Cale Makar and Devon Toews to this duo. Byram is full of surprises with his aggressive nature and has the ability to be a game changer. Next, the St. Louis Blues will pose more of a challenge, but as always, Byram is ready to go.

How Skateboarding Helped My Mental Health