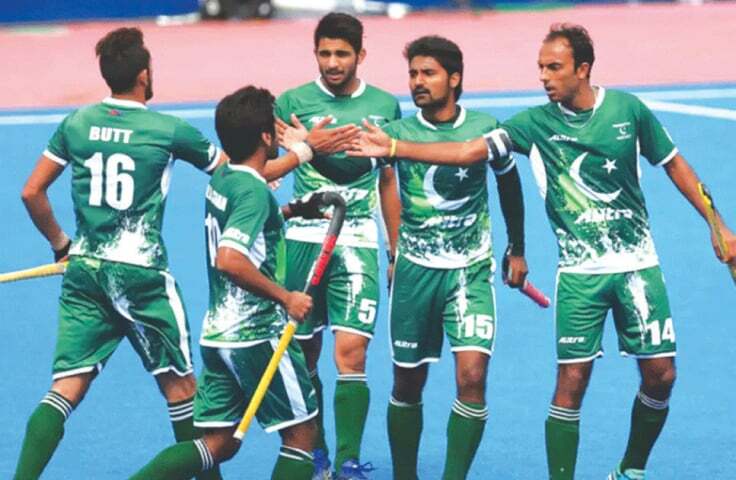 It was a pleasant surprise for hockey enthusiasts when the Pakistan Hockey Federation (PHF) announced that the Pakistan national team would play international matches in April/May against leading European hockey countries such as Belgium, the Netherlands and Spain, the number 2 in the world ranking. 4 and 6 respectively.

It was heartening to know that these top teams were even prepared to play against Pakistan, which is now an ignominious 18th in the world after all. The prospect also promised to be a good experience for the Greenshirts, who have been deprived of good international competition in recent times due to the poor ranking of the teams and the Covid-19 pandemic.

When Pakistan won its first tour match against the Netherlands 5-3, the team manager, Khawaja Junaid, lost no time to congratulate the whole country. Headlines like Pakistan hammers World No. 4 Holland and Pakistani hockey is back on track were all in the news media. But eager followers of the game remained skeptical.

A few victories by the national side on a European tour saw the Pakistan Hockey Federation tout it as the sport getting back on track in the country. But what was the reality of these matches and these victories?

And yet, in the second game, the Dutch team turned the tables and defeated the Pakistan national team 4-1.

The Royal Dutch Hockey Board (KNHB) confirmed that the team that played against Pakistan in the two matches was not the national team, but only their development team. Moreover, the matches did not have the status of an international match, they were only friendly matches.

It was after a long period of testing that a new world ranking model came into effect on January 1, 2020, after approval by the board of directors of the International Hockey Federation (FIH). This new match-based system differs from the previous tournament-based ranking system and includes an exchange of points between the two national teams competing in each match played.

The number of points exchanged depends on the outcome of the match, the relative ranking of the teams and the importance of the match. These friendlies therefore have no influence on the FIH ranking of Pakistan and the Netherlands.

The PHF’s disinformation was exposed to the public through the media by some former Pakistani hockey stars. This caused the PHF’s secretary Asif Bajwa to issue a press release. He tried to cover up the truth with words like: Despite the efforts of the Dutch players, the KNHB tried to put together a strong team.

He refrained from mentioning that the matches were only friendly matches, not internationals. The PHF also released a video statement from Dutch national team manager Jeroen Delmee, who simply said that the Pakistani team won the first match and lost the second, also wishing them success in the Asian Cup and Commonwealth Games. Nothing was said about the status of the matches.

Moving to Belgium, Pakistan lost the only match there with 1-5. The Belgian team was a combination of available national team players and boys under 21. Again, it was not an international match.

The last leg of the Pakistan hockey team tour was in Spain. The series was reduced to two of the originally announced three games. Pakistan won the first draw 4-1 and again PHF gave the impression that Pakistan had beaten the national team of Spain in the match. It was Eid Day in Pakistan and a news flash that appeared on some TV channels read: The National Hockey Teams Eid Gift to the Nation! Pakistan beats the much higher ranked Spain by a wide margin.

When contacted, the Real Federacin Espaola de Hockey, the Spanish Hockey Federation, also clarified that it was not an international game. As the Spanish final 4 of their domestic league was due to take place this weekend, no player from the top four domestic teams Real Club de Polo, Club de Campo, Atltic Terrasa Hockey Club and Club Egara was available to play against Pakistan. Also absent were some other top Spanish players who were active in the Dutch and Belgian leagues.

So it was more or less a third-rate Spanish team that lost to the green shirts. And even that side recovered, beating Pakistan 5-3 in the second match.

An international match with ranking points at stake has a very different competitive environment, with pressure on the players, coaches and even umpires.

Now PHF and his cronies have come out with a different defensive strategy. They say: at least the guys have the experience to play against European clubs.

In this regard, it would have been much better if the international matches were organized against some of the lower-ranked European countries, such as Ireland (out of 14), Wales (15), Austria (19) and Scotland (20). Of these, Ireland, Wales and Scotland are very close to each other. Only one or two players from these countries were active in the major European hockey leagues. In all likelihood, they would have welcomed the idea of ​​playing internationals against a national team in the same ranking as theirs.

The performances of players in these international matches and their results would have given a good idea of ​​the Pakistani team and the players and where they stand.

Unfortunately, this European tour, which must have cost millions of rupees, was an exercise in futility. The PHF should be handled not only by the Ministry of Interprovincial Coordination, but also by the Public Accounts Commission of the National Assembly.

A former major of Pakistani hockey Olympian Rashid ul Hasan has openly stated that PHF president Khalid Sajjad Khokhar and his secretary Asif Bajwa lied and misled the newly installed government into extending their own tenure with the federation. The Prime Minister is ex officio the patron saint of the PHF. He has the power to remove the PHF president with the stroke of a pen.

Khalid Sajjad Khokhar and Asif Bajwa, who are responsible for the hockey disaster in Pakistan, are known for favoring those in power. Recently, PHF announced that it would hold club championships from May 15-25. The title of this event? The Chief of Staff Inter-Club District Hockey Championship.