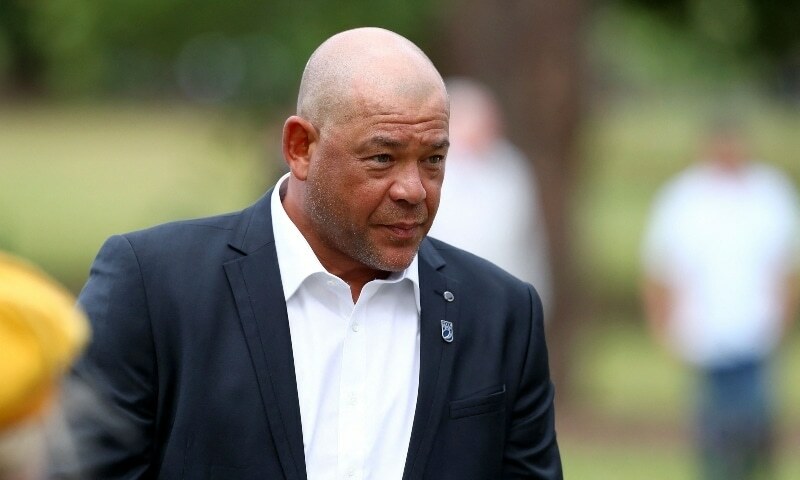 Police said the accident happened Saturday night in the Hervey Range, 31 miles from Townsville. The car Symonds was driving went off the road and rolled over, according to a police statement, which described it as a single-vehicle incident.

Queensland Police said an investigation into the crash has been opened.

Emergency services attempted to resuscitate the 46-year-old driver and sole occupant, but he died of his injuries, police said.

Andrew was a generational talent who was instrumental in Australia’s success at World Cups and as part of Queensland’s rich cricketing history, he said in a statement.

He was a cult figure to many who was cherished by his fans and friends,” he said. “On behalf of Australian cricket, our deepest condolences go to Andrew’s family, teammates and friends.

“We shared a wonderful relationship on and off the pitch. Thoughts and prayers with the family,” he tweeted.

The larger-than-life Symonds was extremely popular not only for his tough approach to the game, but also for his easygoing personality.

He is widely regarded as one of the most capable all-rounders Australian cricket has seen and was a key member of the team winning 50-over World Cups in 2003 and 2007.

But he was also remembered for the infamous “Monkeygate” scandal in 2008 that sent him into a tailspin.

Singh, who denied any wrongdoing, was banned for three games but the ban was lifted when India threatened to end the tour at what was a low point in India-Australia cricket relations.

The Australian player later revealed that it was taking a heavy toll and he started drinking heavily.

His contract with Cricket Australia was revoked in June 2009 after he was sent home from the World Twenty20 in England following the latest in a series of alcohol-related indiscretions.

Despite the animosity, Symonds and Harbhajan eventually made it up and played in the Indian Premier League together.