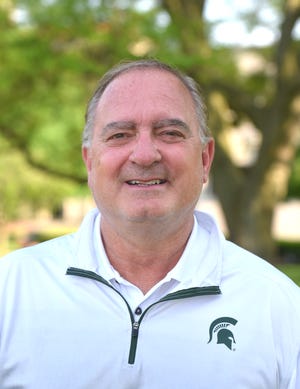 Yes, Dearborn Unified is breaking up as a high school hockey team.

But that’s not the only reason Brian Dallas, the former coach of the co-op team between Dearborn and Dearborn Edsel Ford, signed up for the Plymouth opening last spring.

“As I said in the interview, I think Plymouth is a sleeping giant,” Dallas told Hometown Life. “They have a lot of athletes and a very positively oriented neighborhood in terms of athletics and academics. The facilities are great. They play in a great competition. They have all the ingredients you want in a high school program and a strong community also exists in Plymouth .”

Dallas could be the shot in the arm Plymouth needs to get competitive in the Kensington Lakes Activities Association.

And to be competitive in the KLAA, you have to be elite.

Last winter alone, Hartland won his third Division 2 state title and appeared in a state final for the fifth time, while Brighton took second in D-1 after losing a fight to Detroit Catholic Central.

In addition, Livonia Stevenson has played in three state finals under coach David Mitchell, including winning the 2013 D-2 state title, Novi won a D-1 title in 2011, Brighton has five D-1 championships in eight attempts, Howell has played in a few D-1 title games and Livonia Churchill even made an appearance in the 2018 D-3 state finals.

If Dallas can make the most of the talent in Plymouth, he could be the first from the Plymouth-Canton Educational Park to play for a state championship at the USA Hockey Arena.

“I’ve seen them (Plymouth) play a few times over the past few years,” said Dallas. “I think some of the things I bring to the table in terms of individual skill development will help the players. It’s about improving their game, and that’s going to help them as a team. I haven’t broken down Plymouth in terms of what they but there is a lot of potential with this team. I will work to get that out of them.”

Dallas, who will remain a teacher at Dearborn Public Schools while leading the Wildcats, knows a little bit about getting the most out of his players.

He was inducted into the Michigan High School Hockey Coaches Association Hall of Fame in 2011.

Before coaching DU for the past nine seasons, he spent 18 years with Dearborn Divine Child, including leading the Falcons to back-to-back appearances in the D-3 state championship. That included defeating East Grand Rapids 3-2 in 2002 to claim Divine Child’s first-ever state championship in hockey.

He has made it to the state semifinals four times. He has won seven regional championships. He has claimed seven league titles.

He has a career record of 357-291-58 and has won three different Coach of the Year awards.

Now he’s ready to take that experience to the Wildcats’ couch.

“I’m definitely going to instill the belief that you can win every game every night if you put in the right effort and do the work to prepare for it,” said Dallas. “We are never going to play a game with a loss to another team. I know we will have to work to prepare for that. We are going against teams like Hartland, Stevenson, Canton, Salem and Brighton. All those teams had great times last year. years.

“It’s going to be a tough schedule so you have to have the mindset that you’re going to be as competitive as possible every night. We can never take an attitude that we’re outmatched. We’re going to come, fight, block shots, scrap and do whatever we can. able to stay in games and be fully prepared to put in our maximum effort to put ourselves in a position to win every night.”

A year ago, the Wildcats went 8-17 overall under sophomore coach Darrin Silvester. She defeated Farmington United 9-0 in the regional opener, but fell 5-2 to the M-1 Griffins (Berkley’s co-op) in the semifinals.

Dallas plans to host summer skills camps and take the team to a summer league in Trenton to learn the strengths and weaknesses of each returnee from last year’s squad.

“It’s something I’m familiar with, and it’s good quality competition,” he said of going downriver for a few scrimmages. “It gives me the chance to evaluate everything.”