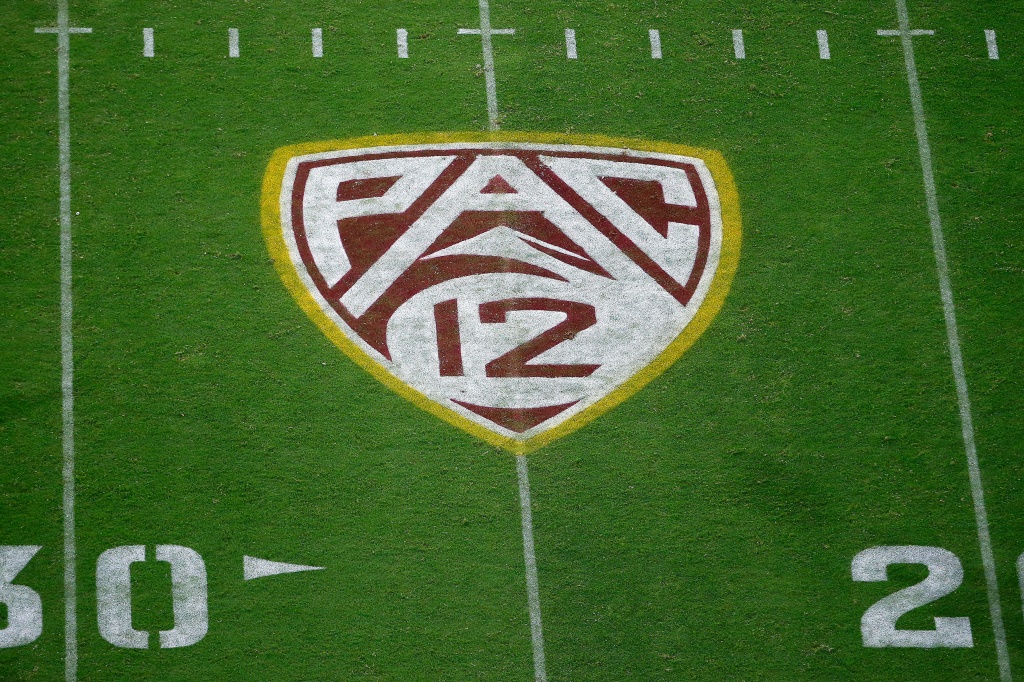 Six weeks after revamping the process of determining which teams will play for the championship, the Pac-12 is approaching another big change in its football model.

The conference could unveil a new nine-game schedule at the end of next month at the preseason media event.

We were working on multiple models, Commissioner George Kliavkoff told the Hotline in a lengthy interview. On football media day we would probably announce how we plan.”

The divisional layout provides the backbone for the nine-game conference schedule since the 2011 expansion, with teams playing each of their five divisional opponents against each other annually and rotating through the other six at varying intervals.

But the need to weigh schedules based on division affiliation disappeared last month when the Pac-12 announced the teams with the best win percentage in conference games and not the division winners that would meet for the championship beginning with the 2022 season.

To me, divisions have three meanings, Kliavkoff said.

One is how they decide who plays in your championship game, and we’ve already fixed that with the change we announced.

Second, they can control how you plant.

Three, they reflect how you report the results.

For me, the way you report the results, whether it’s two divisions or a single group of 12 teams, is the least important.

(As of now, the Pac-12 has not announced a change to the visual piece: how results are reported and the format fans will see when they look at the standings this fall.)

All decisions regarding the football model should be considered temporary.

What will serve the conference best during the final years of the four-team College Football Playoff may not work if the CFP expands to 12 teams by the 2026 season.

As with the new championship match-up process, any changes to the schedule are essentially a bridge to 26.

Over the next four years, we need to think about how the schedule can improve the student-athlete experience, Kliavkoff said. There are kids who have gone through their careers and haven’t played against any of the other teams in the conference.

We want to embrace our historic rivalry and ensure that all our student-athletes can play against every other conference team at least twice during their career, once at home and once away.

Those are our guiding principles.

The Pac-12 isn’t alone in revising its schedule.

The ACC announced Tuesday that it will adopt the so-called 3-5-5 model, with each team playing three “primary opponents” annually (and) facing the other 10 teams twice during the 4-year cycle, once at home and once. on the road.”

Because the ACC has 14 schools and only plays eight conference games, the model’s specifics don’t work for the Pac-12.

Although Kliavkoff didn’t mention any details, the regional pod system is an option:

Pod A: Schools in Washington and Oregon

Pod B: schools in California

Each school would play against the teams in its pod each year, leaving six openings for the other eight teams on a rotating basis.

Another option would be to create one annual opponent — the natural rival — but that would prevent California schools from meeting every year and disrupt the ensuing rivalry between Oregon and Washington.

The pod system preserves the regional duels and, with eight teams rotating through the six openings, would ensure that the players experience every opponent, both home and away, during their career.

In addition, the regional pods would increase the frequency with which the Pacific Northwest teams play against the Los Angeles schools, helping to build exposure in talented Southern California and potentially boosting home game ticket sales.

Support the Hotline: Get three months of unlimited access for just 99 cents. Yes, that’s 99 cents for 90 days, with the option to cancel at any time. Details are hereand thanks for your support.

*** Pac-12 Hotline is not endorsed or sponsored by the Pac-12 Conference, and the views expressed herein do not necessarily reflect the views of the Conference.