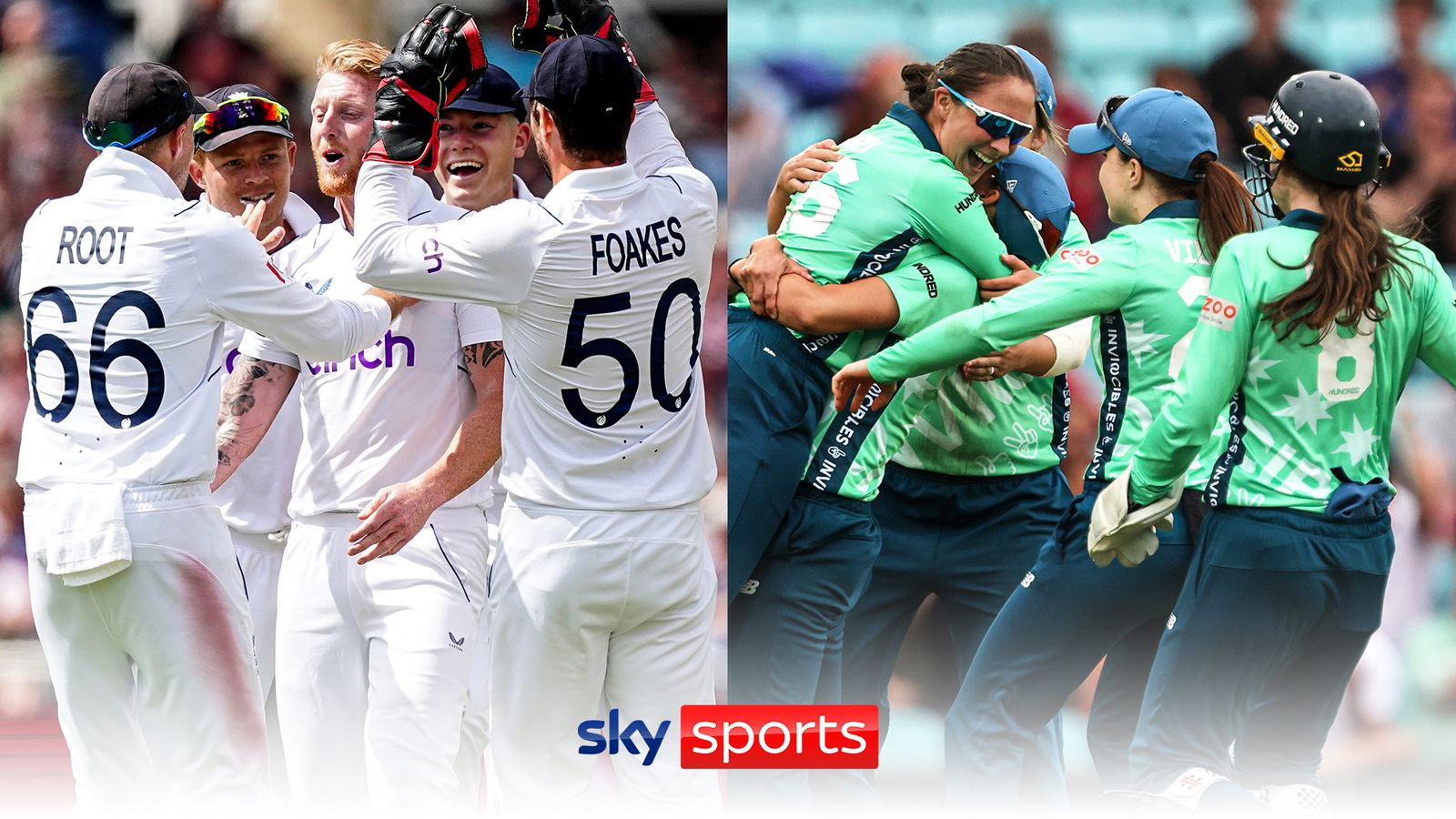 air sports and the ECB have extended their partnership until the end of 2028, with more live cricket than ever before.

air sports and the England and Wales Cricket Board (ECB) can confirm the new expansion of their strategic partnership – a partnership that has now been in existence for over 30 years – bringing more live cricket to air sportsmore about free-to-air TV and further increased investment to grow the game and get more people playing.

The four-year extension runs from early 2025 to late 2028 and includes:

The new agreement extends the partnership between the ECB and air sports to over 30 years and covers domestic and domestic cricket. 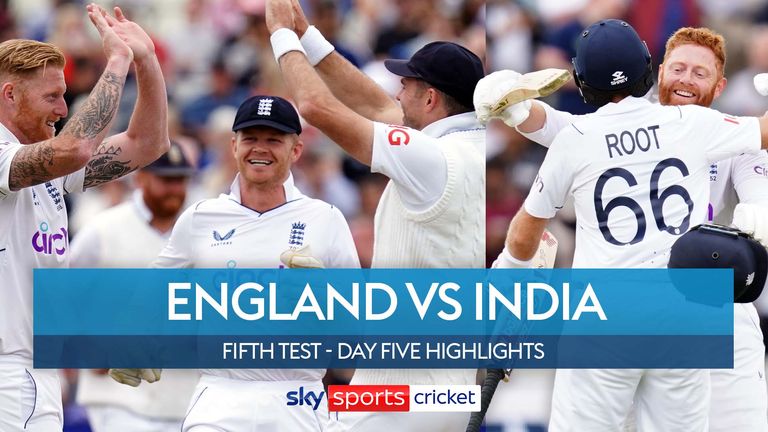 The current five-year deal, which started in 2020, has seen tremendous growth in watching cricket on air sportswith the recent men’s Test series against New Zealand and the 2020 series against the West Indies being the two most watched series ever – outside of the 2019 Ashes.

As English cricket’s key strategic partner, air sports has shown a deep commitment to the ECB’s Inspiring Generations vision to breed cricket and inspire more children to pick up a bat and a ball.

This included funding 10,000 free seats for kids who might otherwise not get a chance to try the game through the Sky Dynamos Intros scheme.

air sports has also played a key role in the development of The Hundred, working hand-in-hand with the ECB to get millions of people involved in cricket for the first time last year – many of whom, as the broadcast data now shows, have taken up sampling other forms of play .

Since 2017, Sky’s investment has enabled nearly £250m to be invested in recreational cricket, with 300,000 children taking part in ECB national programmes, more than 4,500 grants awarded to clubs for new or upgraded facilities, and over 400 new girls’ teams and 300 new women’s teams are established since 2019.

Sky’s investment – the coverage of which has resulted in 17 major awards for the broadcast industry, including 3 BAFTAs – has also been vital in providing professional contracts for domestic women’s cricket for the first time, supporting grassroots initiatives to make cricket more inclusive. ensuring the financial survival of the game through the pandemic and enabling successful English teams.

It has been instrumental in many improvements in game standards over the years, from introducing central contracts for both men’s and women’s players to setting up the right support formations to build winning teams.

As part of the expansion of the partnership, England Women’s cricket will have a defined commitment for the first time, including two free-to-air IT20s. This is a step forward in the commercialization of women’s cricket and laying the groundwork for future growth of the game. 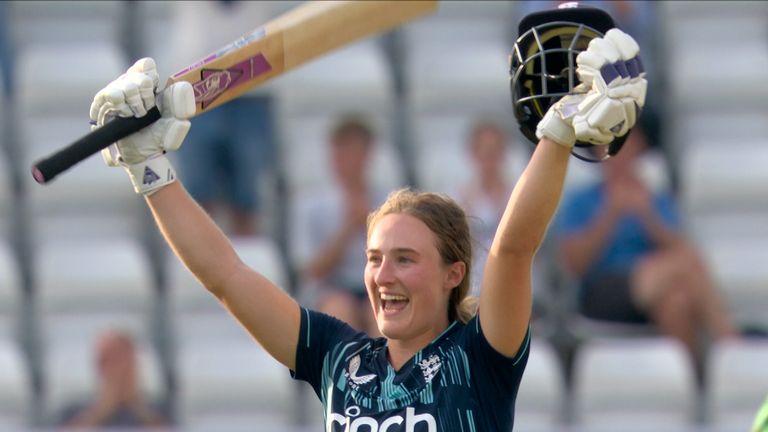 The partnership will give Vitality Blast a bigger profile than ever before, broadcasting at least 50 percent more group games each season and livestreaming one game per round for free on Sky Sports Cricket YouTube†

The deal also extends coverage of The Hundred through 2028, with a minimum of eight women’s matches to be shown on terrestrial TV, up from a minimum of two in the previous deal.

Stephen van Rooyen, Sky’s EVP and CEO UK & Europe said: “This is an exciting time for English cricket and we are delighted to continue our long and successful partnership with the ECB. Together we will continue to help the game grow while increasing the participation of children of all backgrounds in the sport through initiatives such as our Dynamos Cricket Intros.

“On screen, we will continue to push the boundaries in our BAFTA-winning coverage, bringing air sports viewers will experience even more live action from 2025 – including more women’s cricket than ever before – with England men’s and women’s internationals and domestic cricket. Sky’s investment over the past 30 years has contributed to much of the success on the pitch and we hope to be at the forefront of much more to come.”

Clare Connor, interim director of the ECBadded: “Sky have been fantastic partners for cricket for over 30 years. Their broadcasts are rightly hailed as the best in the world, but more importantly we have a shared commitment to growing the sport and investing in more opportunities, not only for people to watch and follow cricket in all its forms but also to pick up a bat and a ball.

“Thanks to Sky and the support of other partners, we saw a record 14 million people playing, attending or following cricket in 2021. This year alone 10,000 children will have the chance to taste cricket for free through Sky Dynamos Intros, while many, many more will benefit from facilities and play opportunities only made possible by Sky’s investment. It shows that this media rights model works, and we are very grateful for Sky’s continued support.

“We have been working closely with the wider game and our First Class Counties to negotiate this new deal with Sky, which will see more live cricket for women and men on Sky as well as more free-to-air TV. extend our thanks to the First Class County Chairs, to all the Sky teams involved and to ECB colleagues, including Tony Singh and Tom Harrison, who have played a pivotal role in achieving this outstanding cricket result.

“Our shared values ​​and vision with Sky will make cricket accessible to even more people in the coming years and will use the power of sport to inspire the next generation, while protecting the wonderful traditions that are such an important part of our game. “