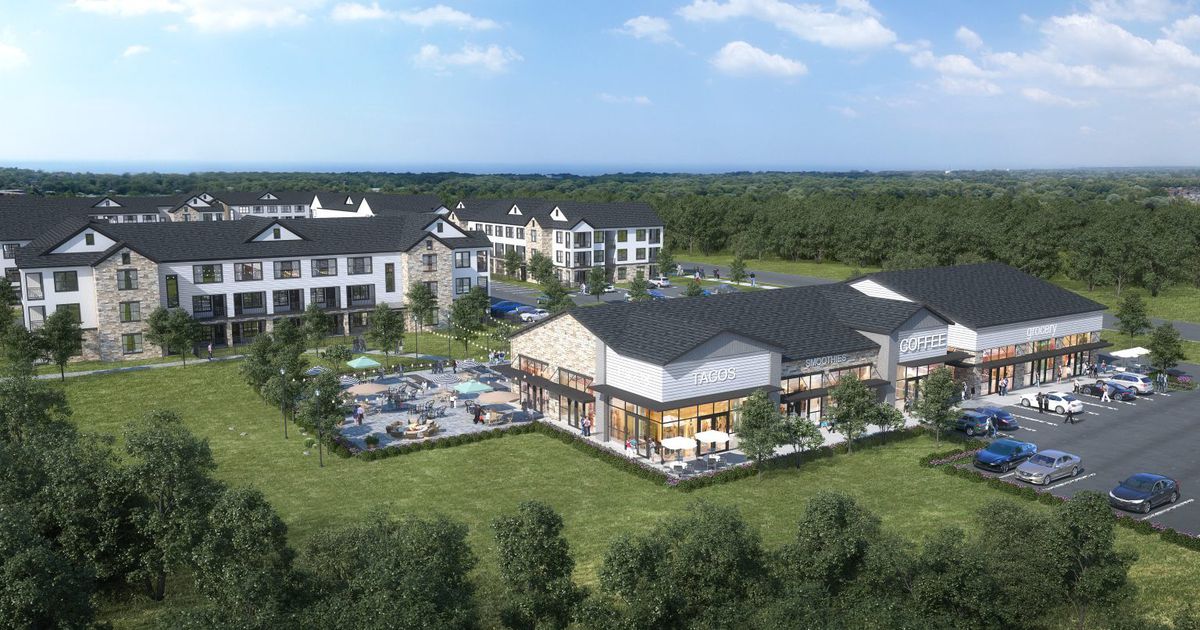 A former college football player, now a residential investor and developer, has his eyes on the potential growth of South Dallas with plans for a walkable mixed-use community.

Onu Ventures Inc., a development company founded by Mikial Onu late last year, purchased 12 acres along Interstate 20 on Bonnie View Road and Riverside Road in July to build an apartment complex and small shopping center. Plans call for 252 apartments, including studios, one bedroom and two bedrooms. The community will include amenities such as a swimming pool, jogging path, dog park, clubhouse and fitness center.

I saw it as an opportunity to make an impact in an area that needs it, Onu said. He focuses the project on young professionals who would otherwise move to the suburbs with the rising cost of living in the city of Dallas. Being together [Interstates] 45 and 20, there aren’t many places in Dallas that you can’t get to.

The project won’t use affordable housing tax credits, but Onu said he plans to keep the units affordable for people who work in nearby warehouses for employers like Amazon. To do this, the units will be smaller than typical market-ready apartments, with 440-square-foot studios, one bedroom from 700 to 800 square feet, and two bedrooms from 1,000 to 1,150 square feet. Most one- and two-bedroom units have two-story floor plans.

You should be able to leave your apartment or your house and walk to a supermarket or to a restaurant, Onu said. That is not the case everywhere in South Dallas.

Onu, who grew up in Carrollton and lived in Houston before attending Southern Methodist University to play football, is far from the first developer to see potential in south Dallas. Local company Hoque Global recently unveiled plans for University Hills, a massive community adjacent to the University of North Texas on the Dallas campus that will include hundreds of single-family homes, 1,500 apartments, 1.5 million square feet of commercial space and more than 50 acres of open green space.

There really should be a concerted effort to develop this part of Dallas; it’s really a shame it took so long, Onu said. There isn’t enough capital moving in South Dallas, and we need to find a way to get it there.

Onu is going through the permitting process and aims to do groundbreaking work in the first quarter of 2023 and deliver the first units in early 2024. Humphreys & Partners Architects of Dallas designed the project.

At Onu Ventures, he has more than 400 single- and multi-family homes in development in Dallas, Houston and Huntsville. In Lancaster, Onu plans 100 single-family homes on 40 acres on State Highway 342 and Wintergreen Road, with each home expected to cost less than $400,000.

Onu played football at SMU from 2016 to 2018 and attended the University of Colorado Boulder for graduate school. He played there in the fall until he broke his shin in half, wiping out his chances of being called up, especially as the onset of the pandemic in 2020 had already made it difficult for him to train and visit teams.

People didn’t really want to risk having an injured player without seeing them with their own eyes, Onu said. But with that whole experience, just because I had absolutely no control over it at all, I wanted to explore the entrepreneurial route.

Onu, who studied finance at SMU, left Colorado in 2020 to return home to Houston and start an insurance brokerage business. He worked in the industry for experience until he started On U Insurance Solutions in August of last year, where he is still active.

But he also decided to pursue real estate full-time last year and moved to Dallas, where he had more connections. He initially planned on buying homes for extra income, but while looking for real estate, he met a mentor, Perry Thomas, who has led construction teams in Houston for builders such as David Weekley, Taylor Morrison and AR Homes. Thomas, who is now a construction partner of Onus, introduced him to an investment group that developed urban housing, converted single-family homes and acquired land.

Real estate was so attractive because I had the chance to reach out to an entire community as I deem, for lack of a better term, appropriate, Onu said. I can explore my creative side, I can explore the financial side, and then I can explore the technical side of development and construction all at once, all within the framework of helping a community.

Turkish inflation stabilizes at less than 80% to boost Erdogan

Next release will be unprecedented, report complaints