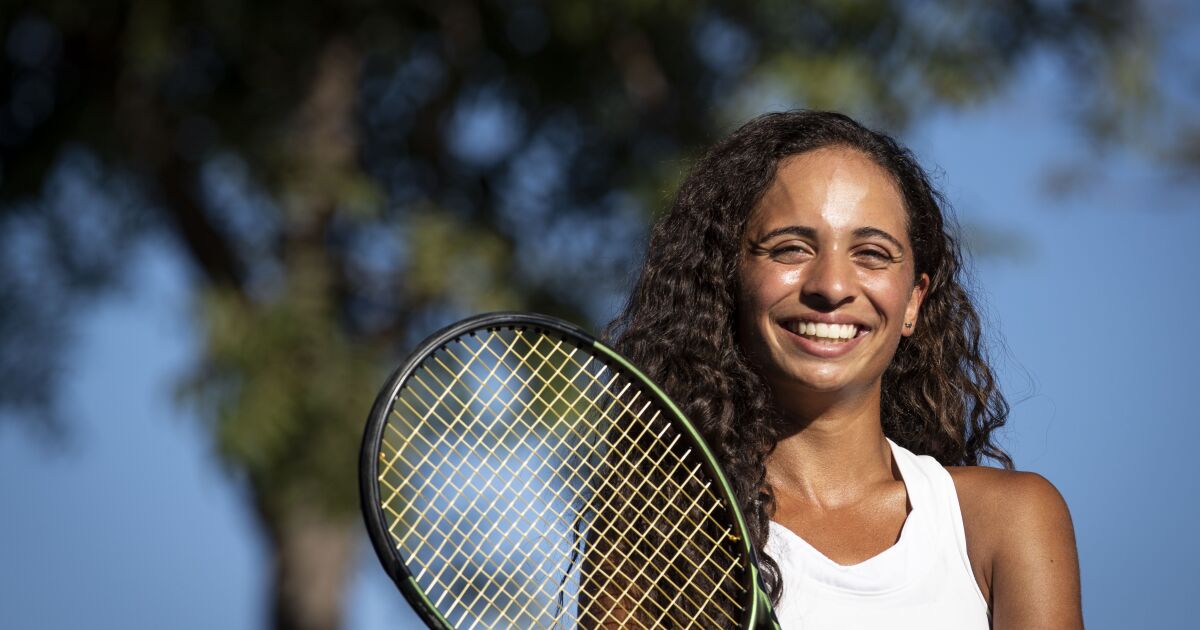 Cool, said the Nighthawks Shah, unaware of her rank.

She was once ranked second in her Southern California age group.

But to Shah, those are just numbers. What’s far more important to the 16-year-old is a foundation that she and her sister Amani, a freshman at Stanford, set up in February 2019. The foundation, Second Serve, has more than 20,000 gently used tennis rackets, pairs of shoes and clothing donated around the world.

The equipment has made its way to 26 states and 14 countries, including Uganda, Rwanda, Nigeria, Ethiopia, Argentina and Mexico.

Seeing the impact it’s made is definitely more meaningful to me than anything I’ve accomplished or accomplished on the tennis court, Ayanna said. Being grateful for what you have and spreading the joy to other people is my favorite thing to do.

Said Resham Shah, the sisters’ mother, Competing is great, but it was all about them. Their victories, their losses. All the attention goes to them. The girls thought, can we expand that and use tennis as a way to give back to the community?

The basic program literally started at home when the Shahs collected some of their old equipment. Then they spread the word to players they knew. Drop boxes were set up in clubs and the Shahs drove around, filling their SUV with stuff, taking it home and storing it in the garage.

Their first donation was to a friend, Eduardo Sanchez, the chief professional at the Rancho Valencia Resort & Spa. Sanchez had started his own foundation, named after his late son, who raised tennis equipment, clothing and shoes for youth in Tecate, Mexico.

The Shahs started collecting more equipment than Sanchez could use, so they started thinking globally.

The sisters created a Second Serve website, and in 2020 a teenager from Uganda reached out to the Shahs to let the Shahs know that African children could use equipment. A shipment was sent to Uganda, and the teen showed his appreciation by emailing videos and photos back.

In one photo, children are holding rackets above their heads behind a torn net on a dirty surface. An oversized tennis racket bag, racket covers and a pair of donated shoes are strewn in front of the net. In another photo, the children are wearing T-shirts donated by Second Serve.

The shahs posted the photos on the Second Serve website. The response and donations went viral, causing the foundation to grow.

Ayanna said, the shirts read USTA SoCal, the junior sectionals. I think that might have been the best photo. You know they were real things you sent. That was the most beautiful thing for me, seeing the kids in those shirts and seeing the smiles on their faces was super heartwarming.

There is strength in numbers and the Shahs created 120 squad members across the country to repeat their mission. A sponsor stepped up to cover the shipping costs.

Orange Glen tennis coach Susan Pratt is the recipient of a Second Serve donation. Pratt had 22 players signed up for this fall tennis season, none of whom had rackets. She had some rackets herself, needed more and Second Serve donated 15 rackets.

Now every Orange Glen player has their own racket.

From the reaction of her players, Pratt said, it was incredible to have them on the first day of training. (The players) were more than I could imagine pleased.

(Amani and Ayanna) see how much difference they can make. That they have started this is phenomenal. You can see in their eyes the passion they have to bring joy to others.

In 2021 Amani traveled to Uganda for a week to give clinics and teach children how to play. The Shahs have also set up clinics for primary school youth from Escondido.

Those girls are pretty special, said Del Norte coach Cherise Meoli. They think beyond themselves.

Said Sanchez, the tennis pro from Rancho Valencia, I’m so proud of them, how they took something that was my idea, my program and brought it to the world. They are two incredible young women.

As for Ayanna’s skill on the tennis court, the girls got a game. She describes herself as an aggressive baseliner.

I like my forehand, she said. I am not shy about going out.

With reigning section singles champion Alyssa Ahn of Torrey Pines choosing to focus on national and regional tournaments and passing on her second high school season, Ayanna is expected to make a deep run in November at the CIF individual tournament.

Amani reached the semifinals last year before losing to Ahn.

We believe in athletics, Resham said. Athletics teaches some lessons that academics cannot.

The biggest thing I’ve learned (through tennis) is how to get through adversity, Ayanna said. When you learn that, you can take it with you to other areas of your life.

Regarding the global impact of Second Serve, Ayanna said: The best we can do is help these children.

Norcross is a freelance writer.