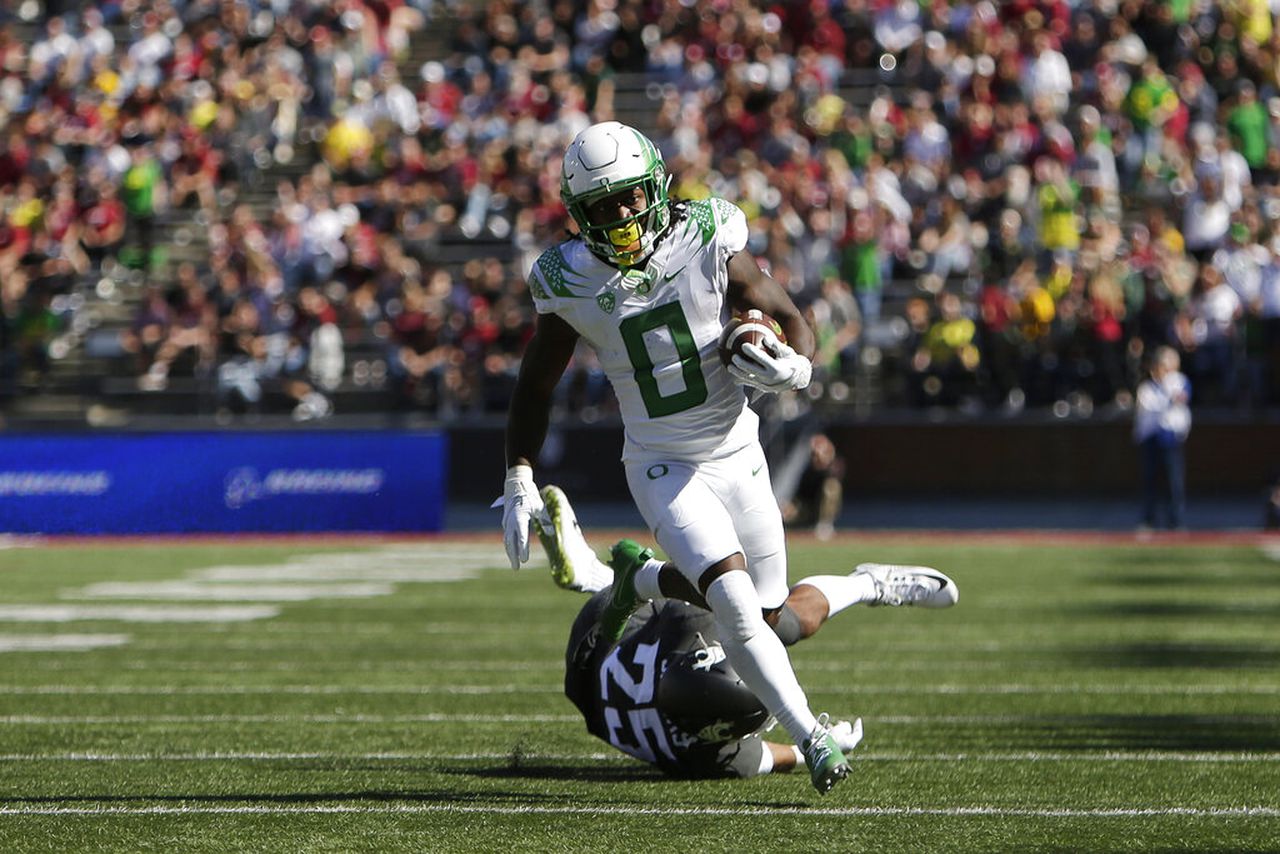 The Oregon Ducks and Washington Huskies are in second place in this week’s Pac-12 football rankings by The Oregonian/OregonLive, while the USC Trojans kept their hold on the top spot.

Washington moved up two places after beating Stanford 40-22 and the Ducks remained at number 2 after beating Washington state 44-41. The Trojans escaped Corvallis with a 17-14 win against the Oregon State Beavers.

Despite being undefeated, the UCLA Bruins remain seventh in this week’s power rankings.

Here are this week’s power rankings from the Oregonian/OregonLive sports staff.

Last week (1): Beat the State of Oregon 17-14. Caleb Williams ran and pushed down fourth, plus his touchdown pass to Jordan Addison with 1:13 left proved the difference for the Trojans.

This week: USC vs. Arizona State, 7:30 p.m. PT Saturday (TV on ESPN). The Trojans get past the struggling Sun Devils.

Last week (2): Beat Washington State 44-41. What a wild fourth quarter in Pullman. Bo Nix hit Troy Franklin for the go-ahead touchdown and Mase Funa got the Ducks on ice with his pick-six.

This week: oregon vs. Stanford, 8 p.m. PT Saturday (TV on FS1). The Ducks are the favorites with 17 points for this Pac-12 After Dark matchup in Autzen.

This week: Washington at UCLA, 7:30 p.m. PT Friday (TV on ESPN). This 4-0 team matchup is the top game to watch in the Pac-12 this week. The Huskies are narrow favorites.

This week: Oregon at No. 12 Utah, Saturday 11 a.m. PT (TV on Pac-12 Networks). Can the Beavers beat the Utes for the second consecutive season?

Last week (10): Beat Arizona 49-31. Jaydn Ott ran for 274 yards and three touchdowns, and the Golden Bears pulled away with 21 consecutive points in the second half.

This week: California in Washington State, 2:30 p.m. PT Saturday (TV on Pac-12 Networks). The Bears are four-point underdogs, but with two good defenses, this matchup could be a tossup.

Last week (8): Lost to Washington 40-22. Lake Oswegos Casey Filkins ran 100 yards against the Huskies and is the Cardinals’ starter on the run back after EJ Smith is injured.

This week: Stanford in Oregon, 8 p.m. PT Saturday (TV on FS1). The Cardinal have lost eight conference games in a row. But their last win came against Oregon a year ago.

This week: Arizona vs Colorado, 6:30 p.m. PT Saturday (TV on Pac-12 Networks). The Wildcats will try to avenge a 34-0 loss to the Buffalos in Boulder last year.

This week: Arizona State at No. 6 USC, 7:30 p.m. PT Saturday (TV on ESPN). It could be a long night for the Sun Devils as they struggle once again to establish their running game.

This week: Colorado in Arizona, 6:30 p.m. PT Saturday (TV on Pac-12 Networks). The good news is that the Wildcats are the preferred choice this week with just 17.5 points.

Jokowi Sentil who goes on vacation abroad then shows off on IG: especially the officials!