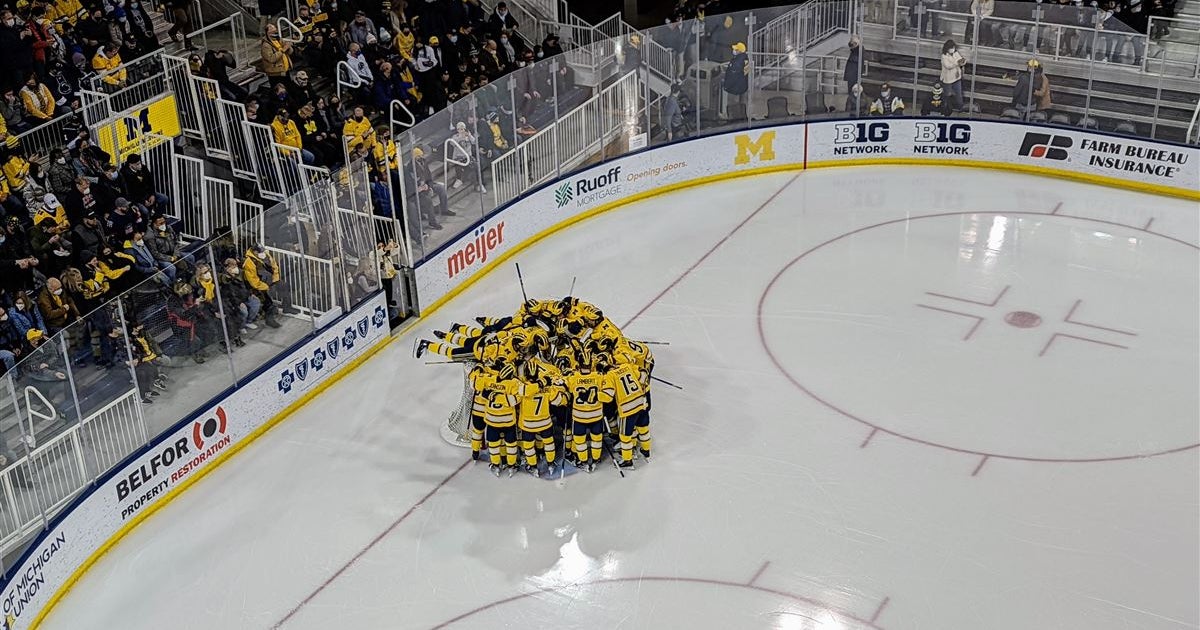 ANN ARBOR, Michigan – The Michigan hockey team played shorthanded Thursday night and lost to Minnesota at Yost Ice Arena, but the game and its result took a deserved backseat due to the program’s ongoing medical issues.

Six UM players missed the game due to illness, part of a suspected adenovirus outbreak. One of the six — defenseman Steven Holtz — was hospitalized this week in Michigan Medicine’s intensive care unit, according to a Facebook post from his mother. The Wolverines did not train on Tuesday due to illness and dressed a reserve goalkeeper as a winger on Thursday.

After the game, Michigan coach Brandon Naurato met with the media and discussed the emotional week. This is what he said:

Yes, it’s been an extremely emotional week. We haven’t talked too much about hockey this week. It was nothing but worrying and thinking about our teammates and their mental health and their physical health. We have a great group of kids and boys are still fighting the battle.

On how the team reacted to the off-ice situation:

I am extremely proud of how our boys responded. It is difficult. We don’t make excuses with the numbers. They wanted to play and they came here and worked their asses off. We’ll look at a few things. They scored a few power play goals and then some other things happened, but they were extremely proud of our guys and how they reacted tonight.

On the challenges he faced as a coach leading up to Thursday’s game:

It puts things in perspective. That’s pretty much what we’ve experienced this week, that we all love the game a lot and also what the game gives you back. The biggest thing it gives you is the relationships and the love you have for your teammates and your brothers who you fight every night. To have multiple players that we miss in the locker room and want to fight for – I thought the guys performed well, but it was an extremely emotional week. We haven’t spent much time on hockey.

On whether there was a discussion to postpone the game:

Yes. However, it’s not my decision. Those are the medical professionals.

I’ll say one thing: Brian Brewster, Darryl Conway. The Michigan Medical Team, Michigan Hospital. I can’t imagine this was a junior or minor pro team without the resources we have in Michigan. Therefore they are the leaders and the best. Everyone has come together and done a fantastic job taking care of these children.

That’s not a plug. It is real. They saved some boys. It’s a big problem.

If he was afraid of his players:

Yes, grand. Yes. Without going into details, the first call I got, I hope never to get again.

On whether the Big Ten was involved in delaying or playing the game:

I don’t want to talk out of turn. I do not think so. I think it’s more CDC and the medical.

On the hit on Eric Ciccolini, which injured the Michigan forward:

But I found it very dirty. I thought it should have been a DQ. I’m not a referee. It’s a blindsight hit, you can’t protect yourself, and it’s far enough from the shelves that it’s even scarier than standing right on the shelves. That’s the same player who scored his fourth goal.

Whether Michigan can play Friday if Ciccolini is injured:

I’m not sure how that works. We would be at nine o’clock [forwards] and six [defensemen].

On his comments that the Michigan players wanted to play:

We didn’t talk about play that much. They wanted to play for their teammates. It’s not their decision, but if they could, they would. The medical professionals felt we had enough players to play.

On the team’s emotions after the game:

I find it disturbing that you’re in the game and go into the third and then everything that happened next. But really proud of these guys for how they competed.

I just want to make sure these guys are healthy. That is the most important. It’s not about profit and loss. It puts things in perspective of what matters.

Tom Ford has just sold his fashion label to Estée Lauder. That probably makes him a billionaire.